Advent and the Problem of Evil

Advent and the Problem of Evil December 3, 2018 Gene Veith 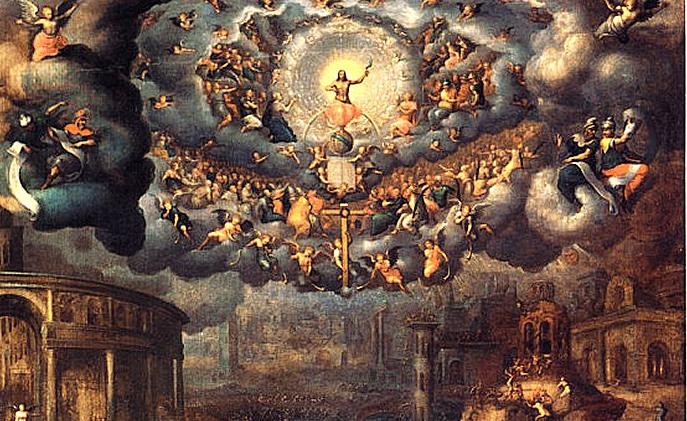 Fleming Rutledge reminds us that Advent is not primarily about the baby Jesus.  Rather its main emphasis is the Jesus who comes as the mighty judge who will set the world aright.  That was the theme of John the Baptist:  “He who is coming after me is mightier than I. . . . His winnowing fork is in his hand, and he will clear his threshing floor and gather his wheat into the barn, but the chaff he will burn with unquenchable fire” (Matt. 3:11–12).  Which relates Advent to the problem of evil.

Most attempts to answer the question how can a righteous God allow so much evil and suffering in the world? fall short, in my opinion, in two ways:

(1)  They speculate about God apart from His incarnation in Christ.  From a Christian perspective, you just can’t do that.  Christ is how we know the Father.  Apart from Christ, God will be terrifying.  Also, approaching the problem of evil apart from Christ almost always concedes the assumption that the skeptics start from:  That God is far above His creation, looking down on all of the suffering and evil that goes on and does nothing.  The God of Christianity, though, is precisely the one who “has come down from heaven” (in the words of the Nicene Creed) to enter the human condition in all of its suffering and evil.

Not only was God “made flesh,” becoming fully human, He somehow  on the Cross “bore our sins in his body” (1 Peter 2:24) [that is, took into Himself all our evil]  and “has borne our griefs and carried our sorrows” (Isaiah 53:4) [that is, took into Himself all our suffering].  [Question:  We hear a lot about how Jesus bore our sins.  Why do we never hear much about how he also bore our griefs and sorrow?]

This God-in-the-flesh, so laden, died on that Cross to atone for the world’s evil and suffering.  But then He rose again, making it possible for those who are “in Christ” by faith to also have new life.  His resurrection heralds everyone’s resurrection at His second advent, in which He will judge the world, eradicate evil and suffering once and for all, and create a new heaven and a new earth that will have no trace of either.

(2)  They fail to factor in eternity.  Arguments trying to address the problem of evil often suggest that evil or the conditions of evil are necessary.  They are dismissive of the seemingly naive or childish complaint, “but if God can do anything, why can’t he make it so nothing bad ever happens?”  Those arguments about the requirements for human freedom and the like can indeed have a bearing on our temporal life here.  But they are incomplete when they leave out our eternal existence after death.  In that realm, God will “make it so that nothing bad ever happens.”

Our eternal life is a better gauge of our existence and God’s provisions for our lives than the few short years of our lives here on earth.  We are here for three score years and ten, possibly a little more and possibly much less, but we will live in Heaven and on the New Earth for an infinite amount of time.  Putting our temporal life next to our eternal life would be like putting a drop of water into the ocean.  We might debate why the drop is contaminated, but the drop with its contamination is overwhelmed in the abundance of the ocean.

Looking at our lives now under the aspect of eternity may not solve the problem of evil entirely, but it gives a perspective that can be of great comfort to a suffering Christian.  Furthermore, many of the cases that seem so problematic–why did those children die?  why did God let those innocent people get killed?–have to do with death, and if death is mitigated by an afterlife that goes on forever, the examples can lose their force.

Furthermore, the Scripture speaks of the eternal joy that awaits us as somehow taking away the sorrow that we knew on earth.  When Christ comes in His second advent and God establishes His people in the New Heaven and the New Earth, “He will wipe away every tear from their eyes, and death shall be no more, neither shall there be mourning, nor crying, nor pain anymore, for the former things have passed away” (Revelation 21:4).

If we are honest, we should admit that when Christ comes to burn away everything that is evil and everything that causes suffering, we ourselves might not survive that purifying.  We commit evil.  We have caused others to suffer.  We may be part of the chaff that “he will burn with unquenchable fire.”

Therefore, John the Baptist’s Advent message is very appropriate:  “Repent, for the kingdom of heaven is at hand” (Matthew 3:2).

But the Good News is that, as part of Christ making everything right, He first comes as that baby.  He comes as our savior.  He comes as the way for all of us “brood of vipers” to “flee from the wrath to come” (Matthew 3:7).  He has made provision to save sinners.  In His second advent, He will bring His work of eradicating evil and suffering to completion.

In the meantime, Advent teaches us the spiritual virtue of Hope.  Also, patience; that is, how to wait.

Christians who are suffering now can have consolation in Christ and in the kind of salvation that He has given them. “In the world you will have tribulation,” says Christ. “But take heart; I have overcome the world.” (John 16:33). 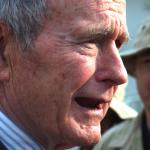 December 3, 2018
The Death of George Bush the First
Next Post 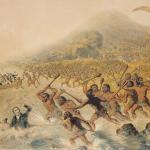 December 4, 2018 Trying to be a Missionary Apart from Vocation
Recent Comments
0 | Leave a Comment
Browse Our Archives
get the latest from
Cranach
Sign up for our newsletter
POPULAR AT PATHEOS Evangelical
1