Trying to be a Missionary Apart from Vocation

Trying to be a Missionary Apart from Vocation December 4, 2018 Gene Veith 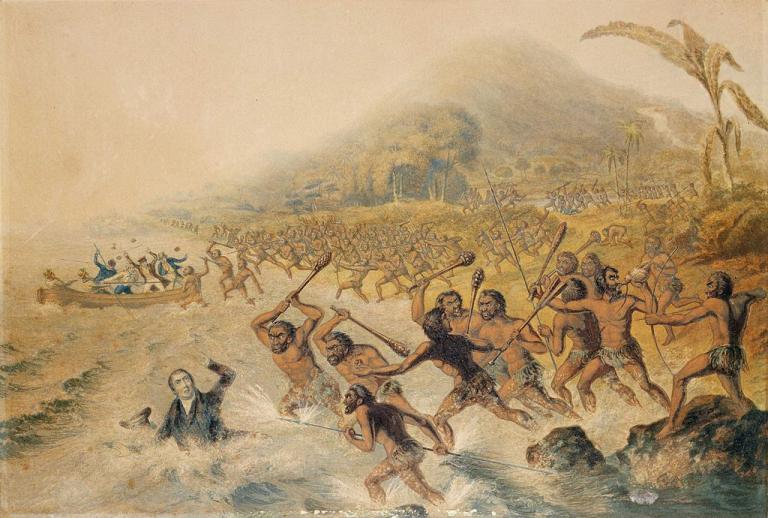 You have probably heard about John Chau, the 26-year-old who was dropped off at Sentinel Island, home of one of the most isolated tribes on earth, so that he could tell the inhabitants about Jesus.  They responded by shooting him with arrows, killing him on the beach.  Some Christians are hailing him as a martyr.  Some secularists are condemning both him and missionaries in general of being “colonialists.”

Lyman Stone, a missionary with the Lutheran Church-Hong Kong, offers a different perspective, applying the doctrine of vocation.

He says that Chau was sincere, well-intentioned, and pious.  He didn’t want to dominate the Sentinelese, but loved them, wanting them to have the Gospel of Christ.  That is good, and he will surely have his reward in Heaven.

But he did not know the Sentinelese language, had minimal preparation to be a missionary to this kind of tribe, and did not have the knowledge or skills to be successful.

This was the second time Chau went to Sentinel Island.  The first time he ran up the beach shouting “I love you and Jesus loves you!”  Never mind that since he didn’t know the language, the islanders had no idea what he was saying.  When they started shooting arrows, he fled back to his boat, his life saved by his Bible, which stopped an arrow.  The next time he went back, didn’t go so well.  Witnesses from off-shore said that they saw tribe members burying Chau’s body.

Being a missionary, Stone explains, is a vocation.  And God’s calling to be a missionary involves getting the training that such a vocation entails, as well as working with other Christians to accomplish the mission:

For all that God sometimes works through unexpected means, the usual way that God accomplishes his work is through the mundane vocations of normal people. God heals diseases mostly through doctors, proclaims his word mostly through pastors, and reaches uncontacted people groups mostly through long-term missionaries doing years of advanced preparation in a variety of disciplines and skills.

Some say that Chau’s case is similar to that of the five missionaries killed in Ecuador, as chronicled by Elisabeth Elliott in Through Gates of Splendor.  Her husband Jim Elliott was one of those speared to death, but she came back as a missionary to that tribe and eventually brought them–including the very murderers of her husband–to Christ.  But Stone contrasts Chau with the Elliotts, who did know the languages and worked with the indigenous people for 15 years before making contact with the unreached tribe that killed them.

Stone also points out that the reason the Sentinelese, who live off the coast of India, are so hostile to all outsiders, going so far as to shoot arrows at the helicopters that were checking on them after a tsunami, is likely because in the 1880s a British admiral and probable pedophile kidnapped several of their children.  After he finally brought them back, the tribe, now numbering about 100, have attacked all visitors.

Read Stone’s article in its entirety, which concludes with this point:

Chau is not emblematic of how mission activity has historically proceeded but, sadly, his approach, disconnected from any rational assessment of vocation, untethered from durable community roots, decontextualized and nomadic like an Instagram travel blog account, may be what much Christian mission work looks like in the future. That is, unless Christian churches push back against that trend, and demand of mission-sending organizations that they have realistic plans for how missionaries will be engaged in a materially productive relationship with their local community.

Illustration:  The Massacre of the Lamented Missionary, The Rev. J. Williams and Mr Harris [at Vanuatu], by G. Baxter (1841), via Wikimedia Commons  [Public Domain]. 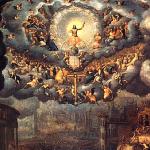 December 3, 2018
Advent and the Problem of Evil
Next Post 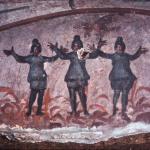 December 5, 2018 The Babylonian Trick
Recent Comments
0 | Leave a Comment
"In my view politics is a struggle between the ignorant, the corrupt and the sociopaths ..."
kerner The Self-Destructive Triumph of Postmodernism
"This one-dimensional analysis stuff is kind of ridiculous."
tODD The Prospects for Unity
"That is not what the Bible says.28 There is neither Jew nor Greek, there is ..."
kerner The Prospects for Unity
"I kinda like it, too. It's realistic criticism of a rhetorical con man. When Biden ..."
SKPeterson The Prospects for Unity
Browse Our Archives
get the latest from
Cranach
Sign up for our newsletter
POPULAR AT PATHEOS Evangelical
1