What the Government Can’t Do to You

What the Government Can’t Do to You December 21, 2018 Gene Veith

Bill of Rights Day was December 15, the anniversary of that addition to our Constitution in 1791.  Those ten amendments set forth our civil liberties.  That is to say, it protects us from our own government, setting forth in the supreme law of the land what our government may not do to us.

An editorial in the Augusta (Georgia) Chronicle makes that point.  And I appreciate how the editorial writer paraphrased each of the ten amendments in vivid, easy-to-understand language:

‒ Congress can’t pass any law about your religion; or keep you from practicing that religion. Congress can’t restrict what you say or publish. If you want the government to change something, citizens can gather peacefully and express their thoughts as a group.

‒ You can own and carry weapons.

‒ Soldiers can’t live in your house, unless Congress approves it during wartime.

‒ You, your house or your possessions can’t be searched unless a judge cites a specific probable cause.

‒ If you’re arrested, either you get a quick public trial or they can’t unfairly detain you. A jury of your peers can help try you, and you get a careful explanation of what you’re accused of [and] who’s accusing you. And the government provides you a lawyer a lawyer.

‒ You have the right to a jury in a civil case, too.

‒ Excessive bail or fines, and cruel and unusual punishment, are prohibited.

‒ You have other rights, even if they’re not spelled out in the Constitution.

‒ Any power not specifically given to Congress rests with the states or the people.

How do you think we’re doing with these?

“You can’t be punished unless a jury convicts you.”  No “excessive fines.”  What about the fines and other punishments exacted not by a jury but by a federal agency for violating a federal regulation?  “You don’t have to say anything during your trial.”  But don’t prosecutors get around that by manipulative plea bargaining?  Did General Flynn enjoy this protection?  “Unless the government compensates you fairly, it can’t take your possessions.”  How about the practice, which has become commonplace here in Oklahoma, of police confiscating vehicles and other property of people suspected (not convicted) of breaking drug laws?

Note that the second amendment–“You can own and carry weapons”–refers specifically to the right to “keep” arms (that is, to possess them) and to “bear” arms (that is, to carry them).  Note that the full amendment, below, refers not to hunting but to a “militia,” the citizen’s military organizations that were alternatives in the early days of the republic to a standing army.  But the weapons referred to are not being stored in an armory.  Rather, citizens have the right to “keep” and “bear” them.  And wouldn’t the militia context specifically allow for military weapons, at least the portable ones that a citizen could “keep” and “bear”?

What else do you see here, or in the text below, that needs bolstering today?

Here is the full text: 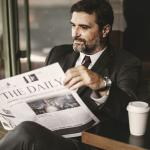 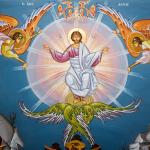 December 24, 2018 Christmas Eve, St. Nicholas, & the Two Natures of Christ
Recent Comments
0 | Leave a Comment
Browse Our Archives
get the latest updates from
Cranach
and the Patheos
Evangelical
Channel
POPULAR AT PATHEOS Evangelical
1