Christianity without the Bible 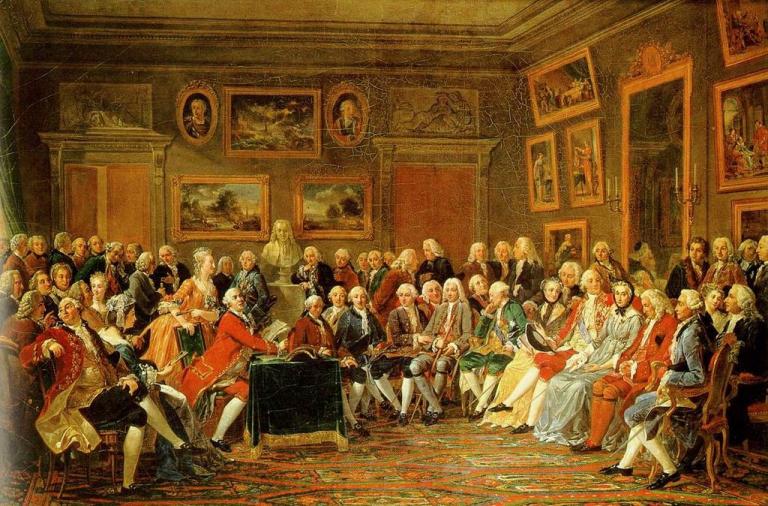 The New York Times has published a discussion of the anti-semitism of Enlightenment and post-Enlightenment philosophers (Kant, Voltaire, Hume, Hegel, Heidegger, etc.).  This manifested itself in an attempt to formulate a Christianity apart from the Bible.

On one level, the piece, by philosophy professor Laurie Shrage, is an example of the acceptance of the ad hominem fallacy in contemporary academia:  discrediting arguments and ideas on the grounds that those who held them were bigoted or fell short of other 21st century standards.  (Some feminist scholars are saying that no one should draw on the research even of scientists, if they are known to be “sexist.”  See Should We Still Cite the Scholarship of Serial Harassers and Sexists? in The Chronicle of Higher Education.)

The concern here is, “Should those who teach their works and ideas in the 21st century share them without mentioning the harmful stereotypes these thinkers helped to legitimize?”  But since anti-semitism is rampant in the academic left, this concern will probably not have much of an effect on Enlightenment-style rationalists or postmodernists deconstructing rationalism with the help of Heidegger.

But Prof. Shrage points out that the anti-semitic philosophers did not just hate the Jews, as such.  They hated the influence of the Jews on Western culture.  And, though she doesn’t dwell on it, this influence came by means of the Hebrew Bible.

These philosophers insisted that Western thought–and Western civilization in general–derives from the Greeks and the Romans, contrasting this heritage with that of the Jews.  And they even taught that Christianity, rather than being founded on God’s revelation to the Hebrews, is a development of Hellenic paganism.

We commonly assume that anti-Semitism and related attitudes are a product of ignorance and fear, or fanatical beliefs, or some other irrational force. But it is by now well known that some of the most accomplished thinkers in modern societies have defended anti-Semitic views. For instance, several of the major Enlightenment philosophers — including Hume, Voltaire and Kant — developed elaborate justifications for anti-Semitic views. One common thread running through the work of these philosophers is an attempt to diminish the influence of Judaism or the Jewish people on European history.

In “The Philosophical Bases of Modern Racism,” the historian of philosophy Richard H. Popkin wrote: “David Hume apparently accepted a polygenetic view of man’s origin, since in his ‘Natural History of Religion’ he made no effort to trace a linear development of man from the ancient Jews to the modern world, and presented practically no historical connection between Judaism and Christianity (which he saw more as emerging from pagan polytheism).” Popkin wrote that Voltaire challenged the biblical account of human history by asserting that only the Jews were descendants of Adam, and “everybody else pre-Adamites, though the non-European ones were degenerate or inferior to the European ones. Voltaire saw the Adamites as a major menace to European civilization, since they kept infecting it with what he considered the horrible immorality of the Bible. Voltaire therefore insisted that Europe should separate itself from the Adamites, and seek its roots and heritage and ideals in the best of the pre-Adamite world — for him, the Hellenic world.”

Indeed, there are strains of Christian theology that do owe more to classical philosophy than to the Bible.  Roman Catholic scholastic theology is highly dependent upon Aristotle.  Eastern Orthodox theology owes much to Platonism.  Classical philosophy can be very helpful on many levels and for many purposes, including theological discourse.  But Christianity is based on revelation–which we might then reflect upon with the help of philosophy–rather than philosophical arguments.  And the source of that revelation is the Old Testament, the account of God’s dealing with His covenant people written in Hebrew, and the New Testament, the account of the prophesied Messiah whose sacrifice applies even to the Gentiles.

This was Luther’s point, and the centrality of the Bible–as opposed to Hellenic philosophers–was a major theme of the Reformation.  Interestingly, it is also the point of J. G. Hamann, the Lutheran critic of these Enlightenment philosophers, whom I am in the process of studying.

But a Christianity without the Bible is exactly the trajectory of the liberal theologians, who are heirs of these anti-semitic philosophers.  In my book Modern Fascism, I show how a number of the higher critics of the Bible worked with the express motivation of discrediting Scripture in order to eliminate the “Jewish” influence on Christianity.

What is left is Christianity as a mere cultural religion, an ethnic identity or a set of aspirational ideals, as opposed to a supernatural means of salvation grounded in human history, created reality, and a personal God. 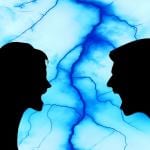 March 21, 2019
The Difference between Conservatives & Progressives--and Christians
Next Post 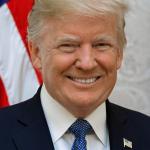