Did Australia Convict an Innocent Cardinal? 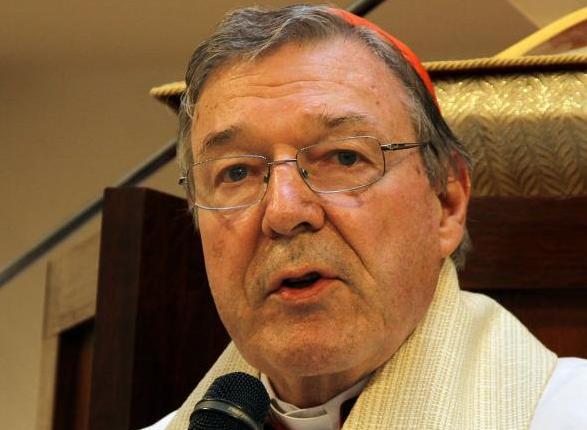 Sexual abuse of minors in the Catholic Church–as well as other churches–is a horrible scandal.  That does not mean, however, that every clergyman accused of these crimes is guilty.  And the climate of outrage about these revelations can lend itself to false accusations, hoaxes, and a lynch mob mentality.

A prominent conservative churchman, Cardinal George Pell, was accused of sexually assaulting two 13-year-old choir boys in 1996 when he was Archbishop of Melbourne in Australia.  He was recently tried, convicted, and sentenced to six years in prison.

But there are compelling reasons to believe that he is innocent.

According to the man who testified that he was abused, Cardinal Pell caught the two choir boys in the vestry immediately after Mass, where they had gotten into the Communion wine.  In the course of chastising them, Cardinal Pell allegedly forced them to perform oral sex.

A shocking, repellant story, similar to others that we have heard about pedophile, homosexual priests.  But there are major  problems with that story.

To give a few:  Cardinal Pell was always accompanied by an assistant before, during, and after mass.  After mass, the sacristan (the person in charge of preparing the communion vessels, etc.) was in the vestry straightening things up.  The vestry doors were open, with other people coming and going.  Immediately after Mass, Cardinal Pell always was at the door greeting the parishioners.  Choir practice was held immediately after Mass, and the director testified that the boys were present and did not come in late.  The alleged victim said that the wine the boys were drinking was red, but the cathedral used white wine, which was put not in the vestry but in a locked vault.  At most, discounting all of the other traffic in the vestry, the Cardinal could have had only six minutes in which he could have abused the two boys, after which he was in public wearing full vestments.

He had one accuser at the trial.  The other, who died of a heroin overdose in 2014, told his mother that he had not really been abused.

And there are even more problems with the accusation and more evidence that the crime was impossible (see this and this, as well as the preceding link).

Cardinal Pell was tried twice.  In the first trial, the jury voted 10-2 that he was not guilty.  But since the decision has to be unanimous under Australian law, he was tried again.  This time the jury voted unanimously to convict him.   He was even found guilty of assaulting the man who denied that he had been assaulted.

Far from being one of those bishops who tolerated and covered up sexual abuse, Cardinal Pell put into place protocols to deal with complaints about sexually abusive priests, get rid of those who were guilty, and support their victims, doing so five years before the scandal in Boston exposed the problem to the general public.

So why would he be railroaded?  Australian journalist Peter Wales blames a hostile public reaction to Cardinal Pell’s strong stance against abortion, gay marriage, and homosexuality.  He also aligned himself with other political and social conservatives, to the point of questioning global warming and opposing unlimited immigration.  Thus he was demonized by the left-wing media, whereupon the legal system followed the public hue and cry.

Cardinal Pell will appeal his conviction.  Another Australian bishop, Philip Wilson, Archbishop of Adelaide, was convicted of covering up sex abuse claims, but that case was thrown out on appeal.  Nevertheless, he was thrown out of his office.

The headline of the article on the subject by Fr. Raymond J. de Souza in the National Catholic Register is  Calling Cardinal Pell’s Prosecution What It Is: Religious Persecution. 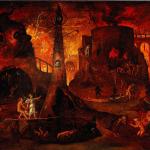 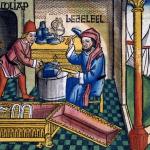 March 19, 2019 My Article on Art for an Israeli Christian Journal
Recent Comments
0 | Leave a Comment
"What I'm seeing here is pep rally talk. She's not addressing specific issues, or promoting ..."
David N. Gray Mollie Hemingway’s Call for Counter-Revolution
"That does not strike me as a particularly good hermeneutic principle.Because you are necessarily pitting ..."
tODD Mollie Hemingway’s Call for Counter-Revolution
"Thank you both for your considered replies. One question: you've both said several times that ..."
Mo Fin Mollie Hemingway’s Call for Counter-Revolution
"Chris,Do you understand that how CRT defines racism is not how you define racism. If ..."
Curt Day Black Americans Discover Classical Education (part ..."
Browse Our Archives
get the latest updates from
Cranach
and the Patheos
Evangelical
Channel
POPULAR AT PATHEOS Evangelical
1