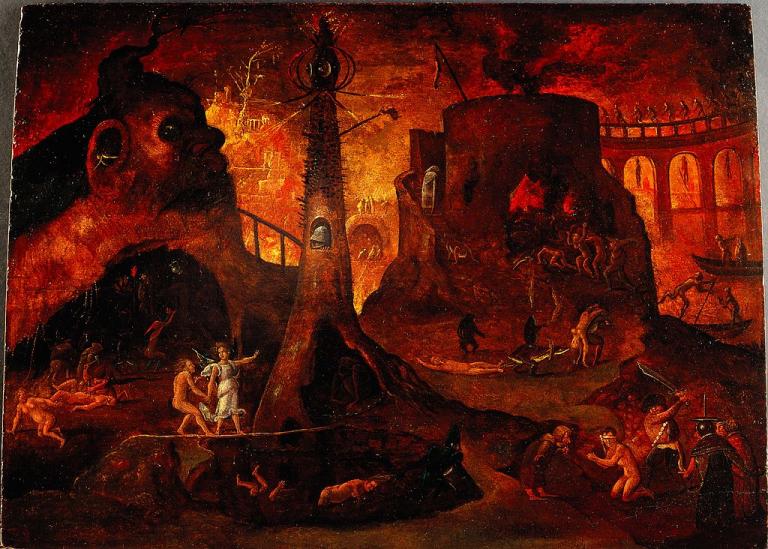 Churches don’t talk much about Hell anymore.  The notion of a realm of eternal punishment is thought to put people off.  It seems unfair.  It’s out of synch with the view of an all-benevolent God.   And yet, research shows that though they don’t like to talk about it much, people today do believe in Hell.  And many of them–especially those who are not particularly religious–have “Hell anxiety.”  They are worried that they might go there!

According to an article in Christianity Today about this research, about half of Americans are absolutely convinced that there is a Hell.  When you factor in the number who are uncertain but think there could well be a realm of eternal punishment, the number goes up to two-thirds.

The more religious you are, the less you worry about going to Hell, which makes sense.  Those who are not religious at all, of course, don’t believe there is such a place.  But among those in the middle, lots of people are scared.  Some 13% think it’s more likely than not that they will end up there.  Those who are frightened of God, naturally, have high “Hell anxiety,” as do those who do not feel in control of their lives.

The researchers found that an “unhealthy fear” of Hell is not connected to “religious fundamentalism” or “dogmatism.”  Quite the contrary.  Nor is the conviction that Hell is real associated with neuroses or any kind of pathological fear.

In fact, those who have a strong belief in Hell seem to have greater qualities of cooperation, less selfishness, more generosity, avoid addictions, and cultivate more long-lasting relationships than those who do not.  A study of people in the Netherlands, secularized though it be, found that belief in Hell inhibits suicidal behavior.

This research shouldn’t be surprising, though some of the findings surprised the researchers.  Virtually all world religions teach that there is a prospect of punishment, as well as rewards, after death.  Even the 18th century Deists, for all of their rationalism and opposition to revealed religions like Christianity, believed in an afterlife where good is rewarded and evildoers are punished.  They reasoned that since in this life good people often suffer and bad people often thrive, there has to a recompense after death; otherwise, the universe would be unjust and disordered, which they believed was impossible.  But isn’t infinite punishment for finite offenses also unjust?  Not when the offense is against someone who is Infinite. What the Deists did not believe in was any kind of salvation for those who deserve this eternal punishment.

Many people have an all-benevolent picture of God, but then deny that He exists because there is so much suffering in the world.  Clearly, any God behind the universe does permit suffering, and He has made a universe of inexorable consequences, including for bad behavior.  The problem of evil and the problem of suffering do not really prove that God doesn’t exist.  The damned may  blaspheme God for not being fair or good to them, but they will not deny that He exists.  Actually, God is good, having a goodness that goes beyond our comprehension and is not on our terms, a goodness that will not co-exist with evil, burning away everything that is not good.

We know God’s goodness, above all, in the way He takes it upon Himself to save us from that eternal punishment.  In Christ, God became flesh, entering our condition, taking our Hell-bound sins, into Himself, bearing their penalty, dying, descending into Hell, and rising from the dead.  This becomes ours when we are united to Christ by faith, which happens as the Holy Spirit works on us through Baptism, the Lord’s Supper, and God’s Word.  These are not conditions but states of reality, in which we are clothed with the very goodness of God.  In Christ we are delivered from the penalty of Hell and are given the reward of Heaven.

Those with “Hell anxiety” need the comfort of this good news.  Others, though, would do well to feel some of that “Hell anxiety,” which might cause them to turn to Christ.  Otherwise, when they die, they may be in for a surprise.

Illustration:  “An Angel Leading a Soul to Hell” by a follower of Hieronymus Bosch (ca. 1540) [CC BY 4.0 (https://creativecommons.org/licenses/by/4.0)] via Wikimedia Commons 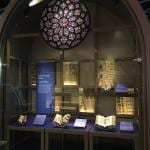 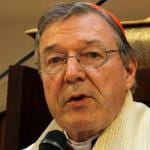 Nationalism . . . and Covid-19
Lately I have been re-reading Benedict Anderson’s classic, Imagined Community: Reflections on...
view all Evangelical blogs
What Are Your Thoughts?leave a comment
Copyright 2008-2020, Patheos. All rights reserved.