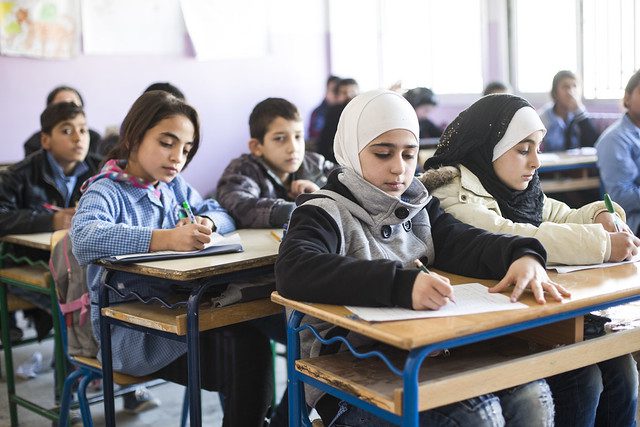 In Great Britain, the LGBT+ ideology has free rein.  When a special curriculum promoting that ideology was implemented in Birmingham’s  public schools, conservative Christians didn’t like it, but that carried no weight.  Because of its teachings on transgenderism–that men must be accepted as women if they so choose–British feminists of the “trans-exclusionary radical feminist (TERFs)” persuasion also opposed it.  But their objections carried no weight either.  But when the Muslim community rose up against it–pulling their children out of school and staging protests outside of school buildings–the authorities pulled the curriculum.

Why is this?  Why is it all right for Muslims to oppose homosexuality, transgender identity, and traditional sexual morality, while no one else is allowed to?  Moreover, why is it that Muslims often get their way, even when Christians and others are demonized for holding the same beliefs?

Libby Emmons, writing in The Federalist, has written a brilliant analysis not only what happened in the UK in this instance, but of the contradictions in leftist thought and practice when “intersectionality” sometimes requires “privilege theory” to trump moral relativism.

From Libby Emmons, Feminists Couldn’t Get Trans Out of UK Public Schools, but Muslims Did:

. . . .To understand why it matters when an ethnic minority takes issue with an otherwise well-accepted social agenda, but not when English women have problems with it, it’s imperative to look at the driving moral standard of our time: moral relativism. Moral relativism is the idea that there is no objective, moral truth. That each individual’s, or groups’, perspective on right and wrong are, in fact, right and wrong for them; that there’s no objective reason to prefer one set of moral guidelines over any other.

However, when we combine moral relativism with privilege theory, we land in something of a muddle, where there is a reason to elevate the moral position of those who are less privileged over those who are more privileged. That means that, because British women who have a moral view against LGBT+ indoctrination in schools are more privileged than those who are LBGT+ and want the lessons to proceed, the lessons will proceed. But when an ethnic minority that scores less privilege points than English members of the LGBT+ community opposes to the program, their moral perspective supersedes the claim of the LGBT+ group.

It is not the moral perspective that matters here—otherwise the lessons would have stopped when the gender-critical feminists got on board—but the identity of the group. The moral perspective of the most oppressed identity group wins the day, which is certainly a subset of moral relativism because the morals themselves are still irrelevant. It is only the holder of the perspective, and his right to hold any perspective he chooses, that is relevant.

Here is an idea:  Why don’t Christians, when faced with issues like this–especially on the local level–ally with Muslims?  That would not require any kind of interfaith ecumenism, just common agreement on the universal moral law.

Since Christians have little standing, but Muslims do, let Muslims take the lead.  Christians can support them, wrapping themselves in the virtues of tolerance and multiculturalism, to work against the sexualization of children, the medical malpractice of gender re-assignment treatments on young people, and related issues.

Christians can even emerge as being more tolerant than their Muslim allies when it comes to homosexuality, mitigating the full fury of Islamic law.

Can’t Christians be “allies” of Muslims and followers of other traditional religions in matters of common concern? 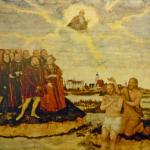 April 15, 2019
Our Presence in the Events of Holy Week
Next Post 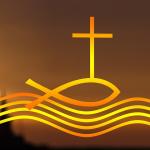 April 17, 2019 Baptism as the Point of No Return
Recent Comments
0 | Leave a Comment
"Many criminals have been released due to concerns about corona virus outbreaks in prisons and ..."
sg Why the Murder Rate Is Soaring
"Hayek makes a similar point in "intellectuals and capitalism." And Holland argues that the violence ..."
Roger McKinney The Intelligentsia & Radical Politics
"A couple of things, there is only one illegal drug at the federal level - ..."
Rev_Aggie_98 Why the Murder Rate Is Soaring
"Google for Patrick Deneen."
Roger McKinney The Intelligentsia & Radical Politics
Browse Our Archives
get the latest from
Cranach
Sign up for our newsletter
POPULAR AT PATHEOS Evangelical
1