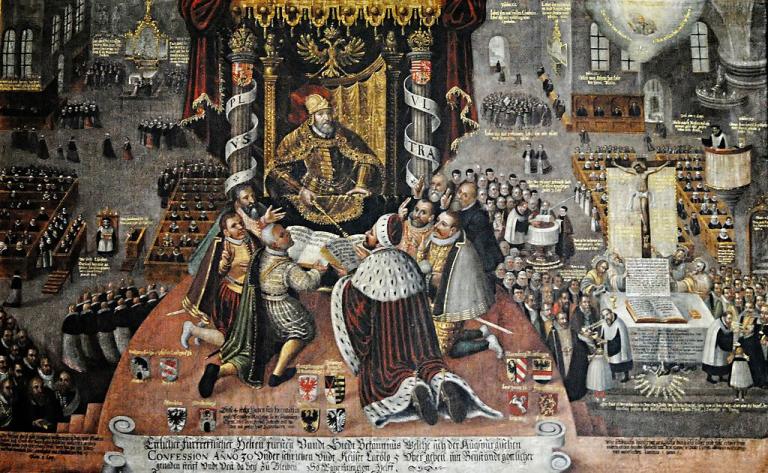 Today, June 25, is the 489th anniversary of the presentation of the Augsburg Confession, which sets forth the definitive teachings of Lutheran theology.

This is very much a lay document, having been written not by Luther but by the great classical Renaissance scholar Philipp Melanchthon, a layman.  Furthermore, the presenters were regional rulers and the elected representatives of self-governing cities–laymen all–who were confessing their faith to the Holy Roman Emperor, to whom they owed allegiance and who was concerned about the outbreak of the Reformation in his realm.

The Emperor held a diet–a meeting of all of the rulers and city representatives under his jurisdiction–at Augsburg in Germany.  On June 25, 1530, thirteen years after the posting of the 95 Theses, those who held to the Reformation were brought before the assembly to give an account of themselves.]

The confessors showed that the so-called Lutherans are in continuity with the church catholic, while clearly stating the elements of the church that had departed from that catholicity and so was in need of reform.

After the document was read to the diet, one of the nobles, George of Brandenburg, put his life on the line, saying, “Rather than deny my God and suffer the Word of God to be taken from me, I will kneel down and have my head struck off.”  The Emperor quickly assured him that his head was safe.

But the Augsburg Confession became a defining document for the Reformation, with individuals, churches, rulers, municipalities, and nations deciding whether or not to accept it.  And many people did give their lives in the course of confessing this faith.

To be sure, later Protestants rejected the Augsburg Confession because they thought it “too catholic”–that is, too sacramental, too conservative, not radical enough–so that it became a point of contention not only with Roman Catholics but with Reformed Protestants as well, thus setting the parameters of a distinctly Lutheran theology.

Read this detailed account of the historical background of the confession and its presentation, as well as this tribute to the confessors.

I will give the first few articles, then a summary of the others, which you can access at the link.  From the Online Book of Concord:

Article I: Of God.

1] Our Churches, with common consent, do teach that the decree of the Council of Nicaea concerning the Unity of the Divine Essence and concerning the Three Persons, is true and to be believed without any doubting; 2] that is to say, there is one Divine Essence which is called and which is God: eternal, without body, without parts, of infinite power, wisdom, and goodness, the Maker and Preserver of all things, visible and invisible; and 3] yet there are three Persons, of the same essence and power, who also are coeternal, the Father, the Son, and the Holy Ghost. And the term “person” 4] they use as the Fathers have used it, to signify, not a part or quality in another, but that which subsists of itself.

5] They condemn all heresies which have sprung up against this article, as the Manichaeans, who assumed two principles, one Good and the other Evil: also the Valentinians, Arians, Eunomians, Mohammedans, and all such. 6] They condemn also the Samosatenes, old and new, who, contending that there is but one Person, sophistically and impiously argue that the Word and the Holy Ghost are not distinct Persons, but that “Word” signifies a spoken word, and “Spirit” signifies motion created in things.

1] Also they teach that since the fall of Adam all men begotten in the natural way are born with sin, that is, without the fear of God, without trust in God, and with 2] concupiscence; and that this disease, or vice of origin, is truly sin, even now condemning and bringing eternal death upon those not born again through Baptism and the Holy Ghost.

3] They condemn the Pelagians and others who deny that original depravity is sin, and who, to obscure the glory of Christ’s merit and benefits, argue that man can be justified before God by his own strength and reason.

Article III: Of the Son of God.

1] Also they teach that the Word, that is, the Son of God, did assume the human nature in 2] the womb of the blessed Virgin Mary, so that there are two natures, the divine and the human, inseparably enjoined in one Person, one Christ, true God and true man, who was born of the Virgin Mary, truly suffered, was crucified, dead, and 3] buried, that He might reconcile the Father unto us, and be a sacrifice, not only for original guilt, but also for all actual sins of men.

4] He also descended into hell, and truly rose again the third day; afterward He ascended into heaven that He might sit on the right hand of the Father, and forever reign and have dominion over all creatures, and sanctify 5] them that believe in Him, by sending the Holy Ghost into their hearts, to rule, comfort, and quicken them, and to defend them against the devil and the power of sin.

6] The same Christ shall openly come again to judge the quick and the dead, etc., according to the Apostles’ Creed.

1] Also they teach that men cannot be justified before God by their own strength, merits, or works, but are freely justified for 2]Christ’s sake, through faith, when they believe that they are received into favor, and that their sins are forgiven for Christ’s sake, who, by His death, has made satisfaction for our sins. 3] This faith God imputes for righteousness in His sight. Rom. 3 and 4.

Article V: Of the Ministry.

1] That we may obtain this faith, the Ministry of Teaching the Gospel and administering the Sacraments was instituted. For through the Word and Sacraments, as through instruments, 2] the Holy Ghost is given, who works faith; where and when it pleases God, in them that hear 3] the Gospel, to wit, that God, not for our own merits, but for Christ’s sake, justifies those who believe that they are received into grace for Christ’s sake.

4] They condemn the Anabaptists and others who think that the Holy Ghost comes to men without the external Word, through their own preparations and works.

1] Also they teach that this faith is bound to bring forth good fruits, and that it is necessary to do good works commanded by God, because of God’s will, but that we should not rely on those works to merit justification 2] before God. For remission of sins and justification is apprehended by faith, as also the voice of Christ attests: When ye shall have done all these things, say: We are unprofitable servants. Luke 17:10. The same is also taught by 3] the Fathers. For Ambrose says: It is ordained of God that he who believes in Christ is saved, freely receiving remission of sins, without works, by faith alone.

Article VII: Of the Church.

1] Also they teach that one holy Church is to continue forever. The Church is the congregation of saints, in which the Gospel is rightly taught and the Sacraments are rightly administered.

2] And to the true unity of the Church it is enough to agree concerning the doctrine of the Gospel and 3] the administration of the Sacraments. Nor is it necessary that human traditions, that is, rites or ceremonies, instituted by men, should be everywhere alike. 4]As Paul says: One faith, one Baptism, one God and Father of all, etc. Eph. 4:5-6.

Article VIII: What the Church Is.

1] Although the Church properly is the congregation of saints and true believers, nevertheless, since in this life many hypocrites and evil persons are mingled therewith, it is lawful to use Sacraments administered by evil men, according to the saying of Christ: The Scribes and 2] the Pharisees sit in Moses’ seat, etc. Matt. 23:2. Both the Sacraments and Word are effectual by reason of the institution and commandment of Christ, notwithstanding they be administered by evil men.

3] They condemn the Anabaptists, who reject the baptism of children, and say that children are saved without Baptism.? –

Article X: Of the Lord’s Supper.

[A summary of the other articles, from Wikipedia]: 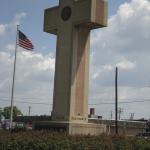 June 24, 2019
What to Make of the Supreme Court's Ruling on the Cross
Next Post 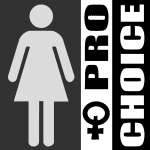