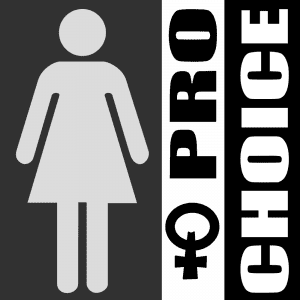 A British court had ruled that a mentally-handicapped woman must get an abortion.  Even though the woman wanted to keep her baby.  Even though the woman’s mother, who has custody decisions over her, wanted her to have the baby and volunteered to raise him or her.  The pregnant woman and her mother are both devout Catholics, who invoked their religious objections to aborting the child.  So the court was imposing a forced abortion.  But now an appeals court has reversed that decision.

The pregnant woman is a Nigerian in her 20s.  She is 22 weeks along.

The decision of the Court of Protection, which has jurisdiction over the legal affairs of people with “diminished mental capacity” claimed that forcing the woman to have an abortion against her will was in her “best interests.”  Doctors testified that having the baby would damage her mental health.  The social worker who works with the woman, though, supported her choice to have the child.

The judge’s ruling is telling.  From Forced Abortion Decision Overturned on Appeal, According to Reports:

[Justice Nathalie] Lieven has said that she is “acutely conscious” that ordering an abortion for a woman who did not want one was an “intense intrusion” by the state.

“I have to operate in [her] best interests, not on society’s views of termination,” Lieven explained in her decision. Lieven also suggested it would be more traumatic if the woman were to lose custody of her child, who would be a “real baby” after birth.

But three days after the ruling the planned abortion was halted by a ruling from the UK Court of Appeals, the second highest court of the land.  It will release its written decision at a later date, but clearly had to act quickly on the pregnant woman’s appeal.

This strikes me as an interesting test case.  The “pro-choice” argument for abortion clearly does not apply here.  The woman’s choice was to have the baby.  Do proponents of abortion agree with the original ruling, that the woman should have an abortion against her will?  Does having mental problems take away a person’s rights and liberties, including her religious freedom, when it comes to abortion?

Here is a question for the Democratic presidential candidates later this week:  “All of you are on record and supporting the right to abortion at any time in the woman’s pregnancy for any reason.  You speak of abortion as a matter of women’s health.  Do you support the original court decision in Great Britain that a mentally-handicapped woman should have an abortion against her will?  Or do you agree with the Court of Appeals in stopping the abortion? 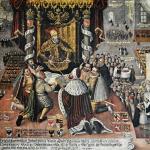 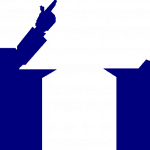 June 27, 2019 The Democratic Debates
Recent Comments
0 | Leave a Comment
Browse Our Archives
get the latest updates from
Cranach
and the Patheos
Evangelical
Channel
POPULAR AT PATHEOS Evangelical
1