“The Things of the Spirit Come First” 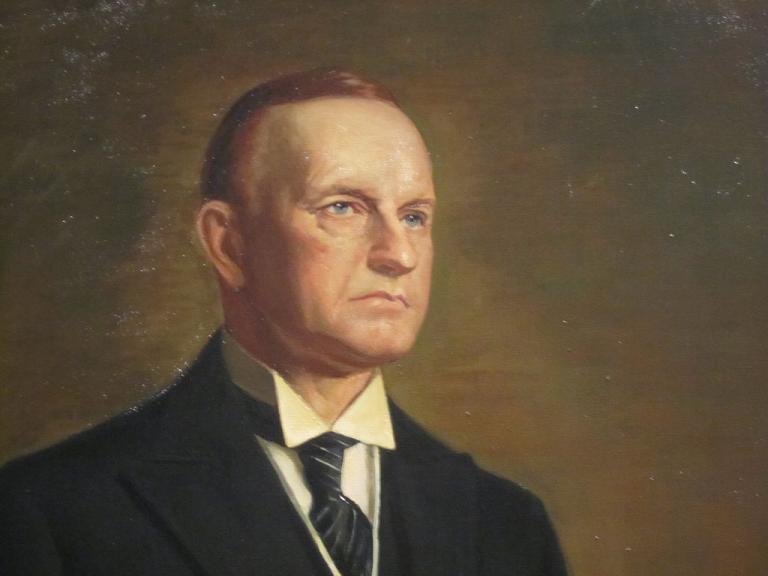 Our newspaper, The Daily Oklahoman, featured extracts from notable 4th of July speeches in celebration of that holiday.  They included some rather remarkable thoughts from the under-rated president Calvin Coolidge.

From Notable Reflections on Our Nation’s Founding:

President Calvin Coolidge — comments delivered July 5, 1926, to commemorate the 150th anniversary of the Declaration of Independence

In its main features the Declaration of Independence is a great spiritual document. It is a declaration not of material but of spiritual conceptions. Equality, liberty, popular sovereignty, the rights of man: These are not elements which we can see and touch. They are ideals. They have their source and their roots in the religious convictions. They belong to the unseen world. Unless the faith of the American people in these religious convictions is to endure, the principles of our Declaration will perish. We cannot continue to enjoy the result if we neglect and abandon the cause. . . .

It is often asserted that the world has made a great deal of progress since 1776, that we have had new thoughts and new experiences which have given us a great advance over the people of that day, and that we may therefore very well discard their conclusions for something more modern. But that reasoning cannot be applied to this great charter. If all men are created equal, that is final. If they are endowed with inalienable rights, that is final. If governments derive their just powers from the consent of the governed, that is final. No advance, no progress can be made beyond these propositions.

Our forefathers came to certain conclusions and decided upon certain courses of action which have been a great blessing to the world. Before we can understand their conclusions we must go back and review the course which they followed. … Their intellectual life centered around the meeting-house. They were intent upon religious worship. … While scantily provided with other literature, there was a wide acquaintance with the Scriptures. … They were a people who came under the influence of a great spiritual development and acquired a great moral power.

No other theory is adequate to explain or comprehend the Declaration of Independence. It is the product of the spiritual insight of the people. We live in an age of science and of abounding accumulation of material things. These did not create our Declaration. Our Declaration created them. The things of the spirit come first.

One might object, But Jefferson, who was no Christian believer, got his ideas from John Locke, not the Bible!  While this might be true, few ordinary Americans who fought in the Continental Army and implemented the American experiment had read Locke, but they did, as Coolidge points out, read the Bible and go to Church.  Many of them were descendants of veterans of the English Civil War, in which the Puritans overthrew the Monarchy, going so far as to executed King Charles I, revolutionaries who fled England after the Restoration because of their anti-monarchical sympathies.  And, contrary to the stereotypes today, it was the Puritans and dissenting Protestants who had already worked out many of the principles of political liberty and religious freedom.  See, for example, the political writings of John Milton and the arguments for religious liberty and separation of church and state put forward by the early Baptists.

Furthermore, Locke himself–whose father was a Puritan who fought against the king in the English Civil War–was largely responding to that context.  He sought to preserve the ideals of English Republicanism while avoiding the pitfalls that caused it to fail, leading eventually to the Bloodless Revolution of 1688, in which parliament replaced one king with another constitutionally-limited monarch.  Locke’s reliance on Christian ideas–he himself seems to be a unitarian with a high view of Scripture–is evident throughout the Wikipedia article about him.

But what about the fatal contradiction of the Declaration of Independence, the proclamation of equality and God-given rights that was written by a slave-holder and embraced by a slave-holding nation?  Can we really say that Americans believed in the Declaration’s “spiritual” principles when they violated them in their actual practices?

But just because people don’t live up to their ideals doesn’t make the ideals invalid.  Here is something else that even secularists can learn from Christianity:  We cannot live up to our own ideals.  Moralists commit immorality.  Nice people will sometimes be vicious.  Our lives do not measure up to our own belief systems, secular though they might be:  environmentalists will do things that harm the environment; feminists may do something sexist; a vegan might sneak a hamburger.  We are flawed.  We are fallen. This is what we mean by original sin, which bears fruit in all kinds of inconsistencies and contradictions.

To fail to live up to our ideals is not necessarily hypocrisy.  That entails putting on an act, pretending to believe what you, in fact, do not believe; or pretending to be virtuous as a facade to help you pursue your vices.  Failing to live according to one’s ideals is weakness.  A testimony to our need for forgiveness and the grace of God.

The Declaration of Independence was indeed a radical document.  It took a long time for its implications to manifest themselves in American life.  Yes, its ideals were contradicted by the institution of slavery–as Samuel Johnson noted as the American revolution was breaking out–but the document was invoked by activists like Frederick Douglass as they opposed slavery, eventually winning its abolition, and by activists like Martin Luther King as they battled discrimination against the freed slaves, eventually passing Civil Rights laws.

That “the things of the spirit comes first,” as Coolidge says, is also true on the negative side.  Abortion, sexual immorality, racism, and other injustices also have a spiritual dimension, as God is replaced by the counter deities of self and other idolatries.

Perhaps we can counter those evils by attending to “the things of the spirit.” 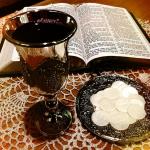 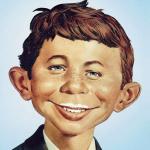 July 9, 2019 The End of Mad Magazine
Recent Comments
0 | Leave a Comment
"DL,You're assuming that everyone trying to win is a necessary fact. It isn't. But those ..."
Curt Day What Americans Have in Common & ..."
"DL, What I oppose is any one who works for a place of privilege and ..."
Curt Day What Americans Have in Common & ..."
"This past spring, the choir at our congregation put on a special concert performance of ..."
Jeremiah Oehlerich Talking Music
"A thought process which sounds reasonable...until you do the simple moral calculus and replace "this" ..."
Jeremiah Oehlerich Abortion and the Historic Church
Browse Our Archives
Related posts from Cranach