How the Experts Say We Should Fix Our Politics

How the Experts Say We Should Fix Our Politics September 23, 2019 Gene Veith 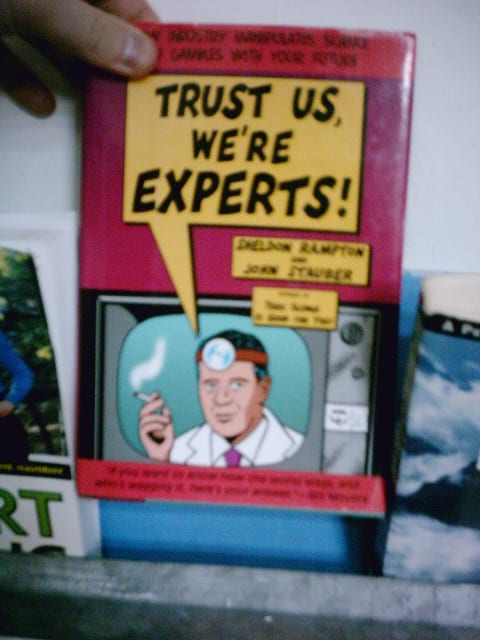 We keep discussing our political and governmental woes, but what do the experts say?  The online political news site Politico has a feature in which dozens of experts from across the political spectrum are asked to give brief statements about what they think we should do to fix America’s problems.  Reading their prescriptions fills me with reassurance about our country at the knowledge that these experts are not in charge, making me realize that, by contrast, our messy democracy is not as bad after all.

Politico’s feature is entitled How to Fix Politics, with the explanatory deck, “Everyone agrees something is broken. Can we make it better? POLITICO Magazine asked dozens of big thinkers to tell us their boldest solutions to America’s problems.”  It divides our alleged problems into categories, with over a dozen “big thinkers” weighing in with no more than a paragraph or two expressing their “boldest solutions.”  I’ll give you the categories, with a sample of what they had to say.

Solutions include “Cut Back on Electronic Connectedness“:  “First, increase the cost of high-speed internet to a per-hour surcharge so that people will feel an actual cost to the hours they spend surfing around idiotic sites. Just like food, when information is cheap and unhealthy, we consume more of it than we should.”  Another idea is “Term Limits for Pundits“:   Make pundits quit when they show a pattern of being wrong.  “Maybe we can create a cultural shift in which professional opinion-having becomes as about as acceptable as, oh, let’s say smoking.”

The “boldest solution” is to impose “A Voting System That Accounts for Ignorance”:

Here’s how it works. On Election Day, everyone (even children) gets to vote as an equal. But when they vote, they do three things. First, they tell us what they want (which party, candidate or position they support). Second, they tell us who they are (they give us their demographic information, such as sex, gender identity, income level, ethnicity and so on). Third, they take a quiz asking them basic political information, such as which party controls Congress, who their representative is, what the unemployment rate is and so on.

This quiz doesn’t determine who gets to vote and who doesn’t. No one gets excluded. Rather, once we have all three sets of data (what the people want, who they are and what they know), the data is anonymized and released to the public. We can then estimate, using basic and easily verifiable statistical methods, what a demographically identical public would have voted for if they had gotten a perfect score on the knowledge quiz. In other words, we can estimate what the public would have wanted, if only it were fully informed.

Wouldn’t that be a revival of the Jim Crow-era literacy tests?

Inequality:  White men still dominate politics. There are racial disparities in the criminal justice system. The income gap has widened. What should we do?

“Nominate Only Women to Open Congressional Seats.”  Address the lack of gender diversity by allowing only women to run for office!

To fix the original sin of racism, Americans should pass an anti-racist amendment to the U.S. Constitution that enshrines two guiding anti-racist principals: Racial inequity is evidence of racist policy and the different racial groups are equals. The amendment would make unconstitutional racial inequity over a certain threshold, as well as racist ideas by public officials (with “racist ideas” and “public official” clearly defined). It would establish and permanently fund the Department of Anti-racism (DOA) comprised of formally trained experts on racism and no political appointees. The DOA would be responsible for preclearing all local, state and federal public policies to ensure they won’t yield racial inequity, monitor those policies, investigate private racist policies when racial inequity surfaces, and monitor public officials for expressions of racist ideas. The DOA would be empowered with disciplinary tools to wield over and against policymakers and public officials who do not voluntarily change their racist policy and ideas.

I’d like to see the wording of this proposed Amendment.

Polarization:  Yes, Americans are deeply divided.  But there are ways to reduce partisanship.

“Multimember House Districts,” so that we would be represented by more than one candidate.  But wouldn’t that just double the number of fighting politicians?  Or should each district have a representative from each party?

“Rethink Social Media So It Doesn’t Encourage Conflict.”  So how does one do that?  The writer basically punts the task to our internet geniuses.

Participation:  How can we bring more Americans into the political process? Should we?

“Give Nonstates Full Congressional Representation.”  Let all of the territories have two voting senators and a voting Congressional representative.  Same goes for the Native American tribes.  Tribal members could either choose whether they want to vote for the tribal representatives or with the state where they reside.  OR, they could vote twice.

The expert refers to treaties giving tribes a representative in Congress.  This was true of the Cherokee nation, and the current principal chief, Chuck Hoskins, Jr., is working to enact that agreement.  But the Cherokee representative would be non-voting, like the various territorial representatives, from Puerto Rico, the U.S. Virgin Islands, etc.  I don’t know of any other tribes that have that treaty commitment, though there may be some.  [If any of you know, please inform me.]  But the expert seems to want to give full statehood status to all of them.  There are 573 Native American tribes, some of which have fewer than a couple of hundred members.  So adding 1146 senators to our current 100 would, in effect, give the country back to the Indians.  Which would be the right thing to do.

The expert says that his plan would, at a stroke, diversify the makeup of Congress.  Furthermore, he says that it would be politically balanced since half of Native Americans are Republicans!  (I know that here in Indian Territory, many tribal members are big fans of Donald Trump!)

This one I really like:  “Select Public Officials Randomly, Like Jury Duty.”  That’s how they did it in the ancient Greek democracy!  And it fits with William F. Buckley’s point that he would rather be governed by random people chosen from the phone book than the Harvard University faculty, to which we could add “than professional politicians.”

Gridlock:  Congress is stuck. Here’s how we can jolt it into action — or work around it.

“A Congressional Pork Barrel Fund“: “I would set aside a pool of earmark (“pork barrel”) money to be divided equally among all 435 members of Congress and a similar pool for the 100 senators, proportional to their state’s population. The money could only be used for infrastructure or education. Trading money for votes or other favors would be permitted—and encouraged. The idea is to restore some of the lost comity in Congress and also give the members in the minority “bargaining chips” to increase their power.”

Corruption:  What should we do about the influence of money in our campaigns and our government?

“Cut Government Salaries.”  But wouldn’t that increase the likelihood of politicians using their office to make more money on the side?  The old populist movement called for paying lawmakers so that lower-income folks–and not just the landed aristocracy who dominated government in the early days of the republic–could afford to hold office.  Wouldn’t it meet the goal of eliminating corruption better if we increased government salaries so much that politicians wouldn’t be tempted by bribes and payoffs?  OK, I realize that human beings’ desire for wealth is not limited by their actual needs, so that surely wouldn’t work either.

Now I’m not saying that there weren’t some good ideas generated by this project.  I was intrigued by “Ranked-Choice Voting,” in which voters rank their choices in order of preference.  If the top choice is mathematically eliminated, the vote goes to the second choice, and so on.  What this does is to break the two-party system, encouraging the proliferation of smaller parties, which can form alliances together.  They actually do this in Australia, with interesting results.

My favorite idea, though, was “A Bigger–Virtual–House.”  The Constitution originally had in mind one representative for every 30,000 citizens.  Today that ratio averages one to 750,000.  As a result, individual citizens do not have the personal contact and relationship with their representatives that the Founders envisaged.  The expert, MIT’s Ethan Zuckerman, proposes that we return to that ratio.  That would mean many, many more representatives, but each would be answerable to a small number of constituents.

But how could that many representatives function in the nation’s Capitol?  They wouldn’t.  All legislative business would be conducted online.  Representatives would have no offices in Washington, D.C., just local offices to meet with their handful of constituents.  This would cut down on lobbying, social pressure from Washington’s dysfunctional culture, and the Washington swamp in general.  And it would give ordinary citizens more of a say in their government.  Also, Prof. Zuckerman observes, this idea would be completely constitutional already.  Such a use of technology to serve our representative democracy needs only to be implemented.

Do you see any other good ideas, or ideas that are at least worth considering, here? 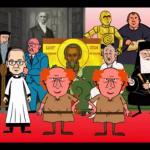 September 20, 2019
The Problem with Rebranding the Church
Next Post 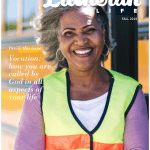 September 24, 2019 New Resource on Vocation
Recent Comments
0 | Leave a Comment
Browse Our Archives
get the latest from
Cranach
Sign up for our newsletter
POPULAR AT PATHEOS Evangelical
1

Evangelical
Trump, the Military, & Our Motives for Voting
Cranach