Faith in God and Good Works for Your Neighbor

Faith in God and Good Works for Your Neighbor October 4, 2019 Gene Veith 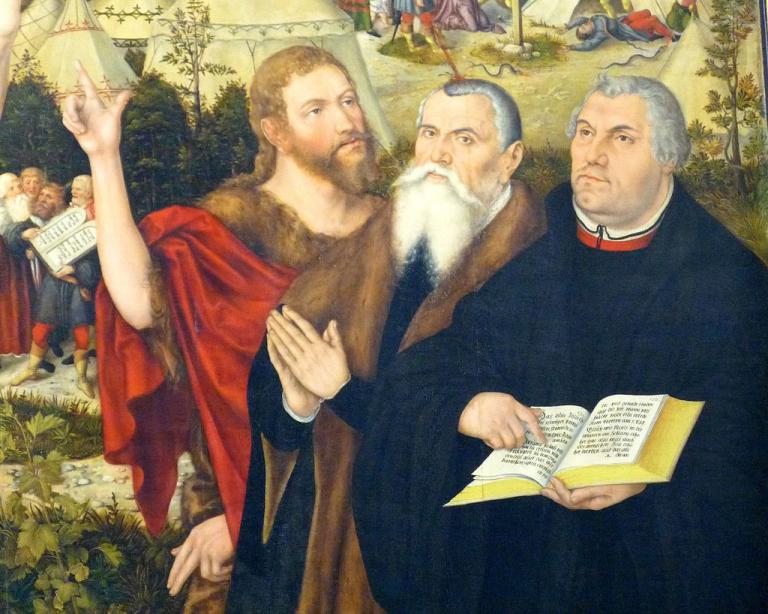 Luther’ neighbor-centered ethic is foundational to his doctrine of vocation.  To summarize:  We are not saved by our good works, and works that we think we are doing for God–such as rituals, acts of asceticism, or other attempts to curry favor with Him–are not “good,” strictly speaking, at all, unless they actually help someone.  Our salvation is based solely on the grace and forgiveness of God, which we receive by faith in Christ and His atoning sacrifice.  Whereupon God sends us into the world and calls us into our vocations, where our faith bears fruit in love and service to our neighbors.  In the words of the liturgy, which dismisses us after our faith is strengthened by God’s Word and Sacraments, we go out to live our lives “in faith toward You and in fervent love toward one another.”

Luther explores these teachings, through a number of Biblical texts, in his sermons, particularly the ones collected in his Church Postils, sent throughout the Reformation churches for local pastors to preach themselves, thus spreading the teachings of the evangelical theology.  So what Luther teaches here about vocation, ethics, and other topics, had wide currency and became quite influential among ordinary Christians.

Here are some excerpts on this topic from a wonderful online source, Martin Luther’s Writings:  Sermons, Commentaries, & Other Writings.

God Does Not Need Your Works, but Your Neighbor Does

Here Luther develops his well-known distinction.  He does so in an exposition of the Parable of the Unforgiving Servant, which he relates to the Gospel (how God forgives us) and to the Christian life (how Jesus sends those whom He has loved and forgiven to likewise love and forgive their neighbors).

God does not need your works, he has enough in your faith. Yet he wants you to work that you may show thereby your faith to yourself and all the world. For God indeed sees faith, but you and the people do not yet see it, therefore you should devote the works of faith to the benefit of your neighbor. Thus this servant is an example and picture of all those who should serve their neighbor through faith. . . .

You Live to Carry in the Sick Man

In his sermon on those who brought the sick man to Jesus, Luther also develops the notion that an important way we love and serve our neighbors is to bring them to Jesus, so that they too will have faith.  This is what we do, Luther says, when we bring an infant to baptism.  Luther disagrees with those who teach that an infant is baptised on the basis of his parents’ faith or on a faith that the child will have in the future.  He teaches that infants can have faith of their own.  Baptism bestows that faith, which must be fed by God’s Word throughout the Christian’s life.  “So I do not baptize the child in my own faith or in the faith of Christendom. But my faith and Christendom bring the child to baptism, in order that by rightly bringing it God may give it a faith of its own, that it may believe as I believe and be preserved in the same Word that Christ has given me” (paragraph 27).

From Martin Luther’s Sermons, NINETEENTH SUNDAY AFTER TRINITY. [1st series] Text: Matthew 9:1-8. [The healing of the man sick of the palsy]:

Luther on the Benedict Option

I think highly of Rod Dreher’s Benedict Option, with some reservations, as I say in my review of that book.  While I agree about the depravity of contemporary culture and the need for Christians to offer something better, I have problems with Christians withdrawing from the world, following the model of monasticism.  In this sermon, Luther discusses Jesus’ prophecy of the destruction of Jerusalem, with an excursus on the papacy and the Last Days.  In doing so, he also refers to the fall of Rome and the rise of monasticism, St. Benedict style.  He maintains that Christians must not flee to the “wilderness” when tribulation comes, but should “move freely in public society.”  To flee to the wilderness, as the monastics do, is to undermine our vocations in the world, deprive the world of our witness, and suggest that some Christians are better than others.

From Martin Luther’s Sermons, TWENTY-FIFTH SUNDAY AFTER TRINITY.  [2nd series] Text: Matthew 24:15-28.  [On the Destruction of Jerusalem and the Last Days]:

Illustration:  Detail from the Weimar Altarpiece by Lucas Cranach (John the Baptist, Cranach, and Luther) via Wikimedia Commons. 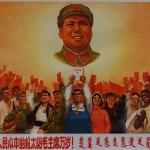 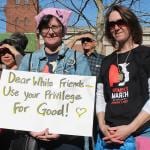 October 7, 2019 The White Privilege of the Democratic Left
Recent Comments
0 | Leave a Comment
"This is a complex question and I haven't thought it through as much as I ..."
kerner The Infrastructure Bill Would Turn America ..."
"So your point was that the Italians with walkers weren’t actually under a single payer ..."
Maltnothops The Infrastructure Bill Would Turn America ..."
"The good thing about suspicions about the future is that you can check them. If ..."
SAL Where We Are with COVID
"Not that I don't find handholding an aggrieved atheist to be loads of fun but ..."
SAL Where We Are with COVID
Browse Our Archives
get the latest updates from
Cranach
and the Patheos
Evangelical
Channel
POPULAR AT PATHEOS Evangelical
1