Whatever Happened to Anti-Communism? 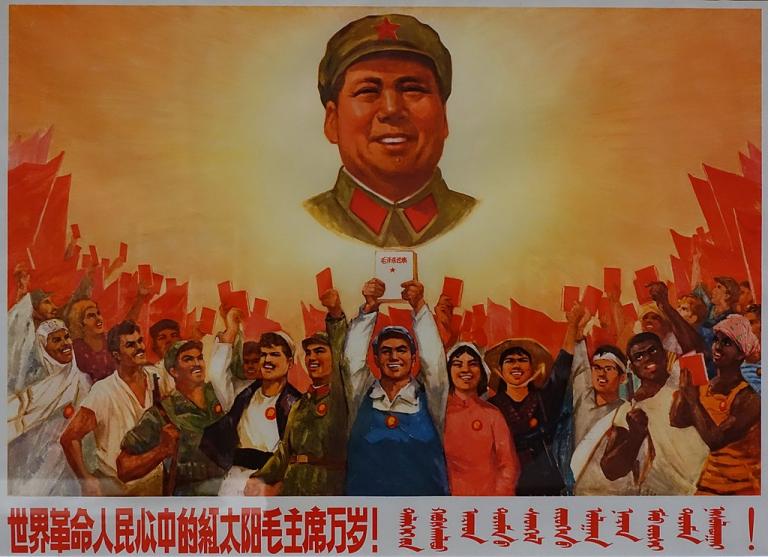 “Congratulations to President Xi and the Chinese people on the 70th Anniversary of the People’s Republic of China!”  So tweeted President Donald Trump on October 1, the anniversary of the takeover of China by the Communist Party.

As someone who came of age during the Cold War, I was astonished to hear such positive sentiments about communism from an American president, especially one with the reputation as a fire-breathing conservative.  But it isn’t just President Trump.   An overt socialist is a leading candidate for the presidential nomination of the Democratic Party, nearly two-thirds of whose members (64%) have a favorable view of socialism.  Marxism and its variations are very prominent and influential in the academic world.

It’s hard to find anti-communist sentiments these days.  You can still find them among dissidents in neo-communist Venezuela and refugees of Castro’s Cuba.  And there are still some old-style Cold Warriors.  (Ironically, the very day President Trump was congratulating “the Chinese People” for 70 years of communism, Senate Republicans were issuing statements condemning what the Chinese Communist Party has done over those seven decades.)

During the Cold War, Americans considered communism to be an “existential threat,” the overused term meaning a threat to America’s very existence.  The issues were not just matters of different economic systems.  Communism, with its authoritarian governments and totalitarian insistence on controlling every facet of life, was a direct threat to freedom, democracy, religion, and everything Americans hold dear.  And because communists sought to spread their system throughout the world, including by military conquests, and because the major communist powers possessed nuclear weapons, Americans felt that their very lives could be at risk.  Republicans and Democrats, for all of their differences, agreed on the necessity of opposing communism.

Yes, Cold War anti-communism sometimes went too far, with inquisitions that violated America’s own ideals of civil liberty and paranoid fears of communist infiltration and a communist behind every bush.  Still, documents recovered after the fall of the Soviet Union showed that some of those fears were justified, that communists were behind a lot of bushes.

At any rate, after Russian communism imploded and the Cold War ended, Americans were enormously relieved, to the point of wanting to put all of that communist, anti-communist stuff behind us.

But the Cold War was mainly focused on the Russian-dominated Union of Soviet Socialist Republics.  That evil empire did, indeed, fall.  Today the major Communist power is the People’s Republic of China, which has grown more powerful than ever.  Chinese Communism does not seem nearly the threat that the Soviet Union was.  (Never mind that the actual shooting wars in the period of the Cold War–Korea, Vietnam–were military conflicts that involved China and its client states.)

Today, though, China is easier to like.  China revised communist economic theory to allow for private property and market forces, resulting in a tremendous growth of wealth and prosperity.  But China retained the authoritarian government and totalitarian controls of classic communism, the opposition to freedom, democracy, and religion that made communism so antithetical to American ideals.

Michael Brendan Dougherty discusses how two of the old bulwarks against communism, American business and the Catholic church, have to a great extent become defenders of the Chinese communist regime.  He describes a TV interview in which Wall Street tycoon and former mayor of New York City Michael Bloomberg praises China’s anti-pollution efforts and denies that China is a dictatorship.  Dougherty comments:

What concerns me is that the attitude [Bloomberg] expressed to Hoover has come to predominate among the American business elite. Tim Cook is happy to announce retaliatory measures against U.S. states that are on the wrong side of the culture war. But you won’t hear a peep about the anti-suicide nets that Apple’s Chinese contractor Foxxconn installed to deal with the public-relations problem of iPhone-assembly workers throwing themselves to their deaths. Nor about concentration camps for Muslims in Jinjiang province, or the ructions in Hong Kong. In an article on the trade war, James McGregor, the chairman of the greater China region for the consultancy APCO Worldwide, was quoted admitting the awful truth: “For many American tech companies, Xi Jinping is more important than Donald Trump, because China is often their largest and fastest-growing market.”

Dougherty then cites the pro-China cheerleading from the Roman Catholic Church:

The Church might even be even worse in this respect. “Right now, those who are best implementing the social doctrine of the Church are the Chinese,” Bishop Marcelo Sánchez Sorondo, the chancellor of the Pontifical Academy of Social Sciences, said last year as the Vatican was buttering up the Chinese ahead of a historic deal meant to solve long-standing conflicts between the Church and the Chinese Communist Party. Like Bloomberg, Sorondo burbled credulously about a fictive regime that does not exist, praising China’s “positive national conscience.” “You do not have shantytowns, you do not have drugs, young people do not take drugs,” in China, he said. Even better, “the economy does not dominate politics, as happens in the United States, something Americans themselves would say.”

He then cites the concordat between the Vatican and China that allows the avowedly-atheist government to approve the selection of Catholic bishops.  “The day after it was signed, Xi humiliated the Vatican by having the bishops of the CPCA [Chinese Patriotic Catholic Association] sign a statement affirming their ‘independence’ from Rome, and their determination to pursue the ‘sinicization’ of their religion. Prelates who remained underground, like Bishop Peter Shao Zhumin, were rounded up and detained.”

The legacy of the 70 years of Chinese communism continues, as John McCormack notes:

Mao’s Great Leap Forward killed perhaps 45 million people. The Communist regime still denies its people freedom of religion, freedom of speech, and has imposed a policy of forced abortion. At the present moment, China has detained something like 1.5 million Uighurs and other Muslim minorities in re-education camps. Its crackdown on Hong Kong escalated this week, when a protester was shot in the chest.

But China is doing what the Soviet Union could not do.  Not only forging an economic system that “works,” but solving the problem of totalitarianism of how to control the lives of millions and millions of individuals.  China has found the solution in ground-breaking technology that can monitor its citizens, assign or deduct “social credits” depending on their behavior, and punish dissidents by denying them access to education, travel, home ownership, and other social goods.

Even in the United States, some are looking with envy at what Chinese authoritarianism can accomplish, not having to worry about the obstacles of citizens’ personal freedom and the messy processes of the rule of law.  (For example, Nobel Prize winning economist and columnist Thomas Friedman has fantasized about all we could accomplish for the environment if we could be “China for a day.” )

As American thinkers on both the left and the right are expressing a willingness to throw out freedom and democracy, maybe the Chinese model is in our future.  Maybe Nikita Khruschhev was right in insisting upon the historical inevitability of the communist dialectic when he predicted “We will bury you.” 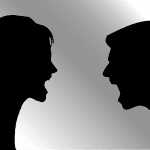 October 2, 2019
How Bad the Political Polarization Is Getting
Next Post 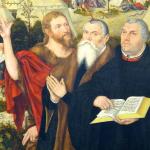 October 4, 2019 Faith in God and Good Works for Your Neighbor
Recent Comments
0 | Leave a Comment
"If you're unfamiliar with the meme of calling (white) women "Karen", you clearly have not ..."
tODD Memory
"Motive-judging will always, ultimately, bite you in your own tuckus. FWIW."
tODD Memory
"I'm clearly late to this conversation, and missing at least some context at this point, ..."
tODD Memory
"God does not give the Holy Spirit to “those who ask Him.” He gives the ..."
Santiago Matamoros A New Bible Translation (by Lutherans)
Browse Our Archives
Follow Us!