Democrats and Republicans might still disagree about policy, but they are increasingly also at odds over the very foundations of our constitutional order.

Political scientists have a term for what the United States is witnessing right now. It’s called “regime cleavage,” a division within the population marked by conflict about the foundations of the governing system itself—in the American case, our constitutional democracy. In societies facing a regime cleavage, a growing number of citizens and officials believe that norms, institutions and laws may be ignored, subverted or replaced.

And there are serious consequences: An emerging regime cleavage in the United States brought on by President Donald Trump and his defenders could signal that the American public might lose faith in the electoral process altogether or incentivize elected politicians to mount even more direct attacks on the independence of the judiciary and the separation of powers. Regime cleavages emerge only in governing systems in crisis, and our democracy is indeed in crisis. . . .

Regime cleavages. . .focus the electorate’s attention on the political system as a whole. Instead of seeking office to change the laws to obtain preferred policies, politicians who oppose the democratic order ignore the laws when necessary to achieve their political goals, and their supporters stand by or even endorse those means to their desired ends.

The presidential Constitutional lawlessness that Pepinsky cites is Trump’s refusal to co-operate with the impeachment proceedings against him.  But under our legal system, are the accused obliged to help their accusers?  Of course Trump is fighting the charges.

But isn’t the effort to impeach him–whether justified or not–spurred by progressives’ prior rejection of Donald Trump’s presidency?

Who has been denying the legitimacy of Trump’s election?  Who is repudiating the Constitutional provision of the Electoral College, not only wanting to eliminate it, but insisting that Trump wasn’t really elected because he lost the popular vote?

Who is launching “direct attacks on the independence of the judiciary” by advocating stacking the Supreme Court to get the results they want?

Hasn’t the purpose and the effect of the “Resistance” movement over the entire course of the Trump presidency been precisely to create “regime cleavage”?

Pepinski, like others I have heard, is even floating the ridiculous, fear-mongering notion that Trump might refuse to leave office if he loses re-election:

What if Trump refuses to acknowledge defeat by a Democratic opponent in 2020? What would happen in that case? Might the president’s supporters? Might broad segments of the GOP simply refuse to recognize an elected Democratic executive as well?

Trump might not move out of the White House?  He might hold onto the levers of power?  But who would obey his bidding?  He already has a problem of people not staying around and not doing what he says in his current staff and cabinet.

Trump’s supporters might not recognize the new president and resort to violence?  What, like Antifa?  They are the only group, to my knowledge, that has actually done what Pepinski is afraid might happen in the future.  I am pretty sure that rank and file Trump supporters, most of whom are working class social conservatives, are not the sort that smash windows, loot businesses, and riot in the streets.  Progressives can oppose them, but they don’t need to be afraid of them.

I’m not saying Trump and his defenders are not contributing to “regime cleavage.”  As I have blogged about, prominent conservative thinkers have been questioning liberal democracy itself.   As I have written, Both the Left and the Right Are Attacking Liberal Democracy.  That both sides are doing it is the very definition of “regime cleavage.”

This is indeed a danger for our country, but we can hardly overcome it unless progressives too acknowledge their role in the problem. 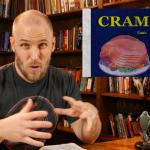 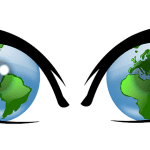