Are Certain Substances–Such As Those We Abuse–Evil? December 9, 2019 Gene Veith 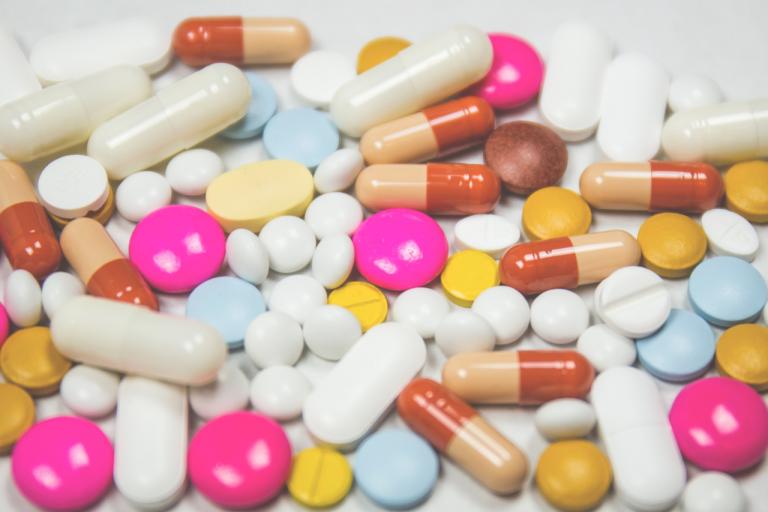 Timothy McMahan King is a Christian who suffered health problems that left him an opioid addict.  He eventually broke his dependence on drugs.  But he argues now that a bad theology that has been taken over into secular thinking–namely, the view that substances are themselves evil, as opposed to the way they are used–is making our substance abuse problem worse.

He has written an article for Religion & Politics entitled How Bad Theology Makes the Opioid Crisis Worse. I’m not sure what I think about all of this, but King offers a perspective that I hadn’t thought of before and maybe you can help me in the comments sort it through.  Here is his thesis:

Faith and spirituality have been important parts of the recovery stories of countless people. At the same time, there are beliefs that arise from my own American Protestant tradition that distort cultural and public policy views toward both addiction and drugs. The “demonization” of substances and the emphasis on complete abstinence from drugs or alcohol in recovery can hinder the most effective treatment methods, particularly for opioids. This ideology undergirds a “war on drugs” that has not only failed, but has also made our overdose crisis worse. As long as bad theology helps drive our drug policy, we will be held back from some of the most effective and life-saving ways of addressing addiction.

King begins by tracing Christian attitudes towards alcohol.  The Bible describes wine as a gift of God (Psalm 104:14) and yet condemns drunkenness (Ephesians 5:18).  Christianity followed that distinction through most of its history, locating sin in the disordered use of alcohol, rather than in alcohol itself.  King cites Augustine, who famously taught that sin has no “substance,” since everything that exists was created by God; rather, sin is a lack of substance, a failure to use reality in its fullness, as God intended.

But then, in the 19th century, the Temperance Movement, growing out of a strain of American Protestantism, launched a crusade against alcohol itself, treating the substance itself as intrinsically evil.  Rum was spoken of as a “demon,” to be battled by smashing up saloons and, eventually with Prohibition, by legally banning alcohol.

This mindset, King writes, has been carried over into the “war on drugs””

Cultural understandings of drugs often incorporated Christian language. Many substances became “demonized” over the years. Crack cocaine is another major example, argue sociologists Craig Reinarman and Harry Levine, editors of Crack in America: Demon Drugs and Social Justice. “This demonization invests the substances themselves with more power than they actually have,” they write. “Drugs, unlike viruses, are not active agents; they are inert substances. They do not jump out of their containers and into people’s bodies.” Still, talk about addiction often resembles the religious language of demon possession more than a scientific or medical understanding of addiction and how it functions. . . .

But as Augustine or Aquinas might have argued, these substances are not inherently evil, and they are not direct causes for moral degradation. The concern is in a person’s relationship to the substance and the real and potential consequence for their life and the lives of others. . . .

This belief in the “demonic” nature of certain substances has real world consequences. First, it underlies the myth that prohibition is the only solution. If we believe that certain substances are inherently evil, then prohibition is a logical solution. We need a “war on drugs” because they are the enemy. But, if we recognize that the primary moral concern should be the potential harm to oneself or others that excessive or habitual use might bring, then the primary moral issue at stake is not getting rid of all drugs but reducing the potential harm they might cause. We need to ground our discussion not in stark statements of inherent good or evil but in understanding that our relationship to a substance like an opioid can exist along a spectrum, from harmful to beneficial.

Thus the impulse now is to ban opioids–which can have a positive medical use–and to put out of business their manufacturers, despite the “good” medicine they also make, rather than make them safer and less addictive.  Methadone and other “Medically Assisted Treatments” have been proven effective by switching addicts to less harmful drugs.  But many treatment programs do not allow this approach, since it leaves the addicts still taking drugs.  Only complete abstinence counts.

Let’s switch to an example that King does not go into.  Inhaling tobacco smoke is deadly.  When that fact was established, the tobacco industry could have been pressured into developing safer strains of the plant, perhaps using genetic technology to breed tobacco without carcinogens.  But instead we “went after the tobacco companies” and worked to get people to stop smoking entirely.

More lately, a new technology has arisen.  Yes, inhaling tobacco smoke is deadly, but inhaling water vapor is not.  “Electronic cigarettes” let users breathe in flavored and nicotine-infused water vapor.  “Vaping,” which has the nicotine that smokers crave without the more serious carcinogens, has helped lots of people give up cigarettes.  But as soon as e-cigarettes came out, there were people opposing them on principle, since they still counted as smoking.

Recently, vaping has had its health scares.  At least 42 deaths have been attributed to vaping, along with over 2,000 cases of lung injury.  Most of the deaths involved black-market THC, the psycho-active ingredient of marijuana, laced with toxic additives.  Researchers have identified Vitamin E acetate as the additive that is the likely culprit in the other health problems.  So should we require that vaping products be made safer?  Or heed the growing outcry to ban them altogether?

King thinks that total abstinence from a drug may not be necessary.  But surely a recovering alcoholic who “falls off the wagon” by taking a drink tends to lose his hard-won sobriety, or at least this is what Alcoholic Anonymous says, based on long experience.  It’s reasonable to think that the same thing would apply to other addictions, from cigarettes to heroin.

Also, the phenomenon of marijuana legalization would seem to go against King’s thesis, at least as it applies to contemporary Christianity.  No one seems to be demonizing marijuana today.  Christians are not mobilizing to any great extent against efforts to legalize “demon weed.”  I suspect that lots of Christians are taking advantage of medical marijuana.  (Those of you in states with legalized recreational marijuana, are Christians too making use of the magic herb?)

If anything, people are going to the opposite extreme, exalting marijuana and its non-intoxicating component CBD as panaceas, the cure-alls for every ill.  (I saw a display in our local pharmacy of CBD products, one of which promised “increased energy” and the other from the same company promising to “help you sleep.”  They both listed the exact same ingredients!)

Also, isn’t the only effect of some drugs, including marijuana, to induce the equivalent of “drunkenness”?  If so, that would seem to mean that, by Biblical standards, any use of the substance would be sinful, without necessarily implying that the substance itself is sinful.

King has written a book  exploring these issues, including his own struggle to break his dependence on drugs, entitled Addiction Nation:  What the Opioid Crisis Reveals about Us.

So what do you think about all of this? 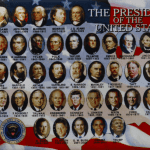 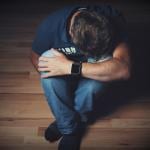 December 10, 2019 Guilt and Politics
Recent Comments
0 | Leave a Comment
"I think (hope) we can all agree on the basic claim of CRT that race ..."
skyorrichegg Religion as “Communal Solidarity” or “Personal ..."
"All of us have "isms" and ideas at work in the Church, or even in ..."
1another Not just “Nones” but “Nons”
"Quakers have never been dominant in numbers but it's amazing how much of modern society ..."
SAL Religion as “Communal Solidarity” or “Personal ..."
"No, I don't disrespect everyone who disagrees with me. But I have little respect for ..."
Rev_Aggie_98 Not just “Nones” but “Nons”
Browse Our Archives
get the latest from
Cranach
Sign up for our newsletter
POPULAR AT PATHEOS Evangelical
1

What Is Christian Mission without Any...
Roger E. Olson
Books by This Author Books by Gene Veith