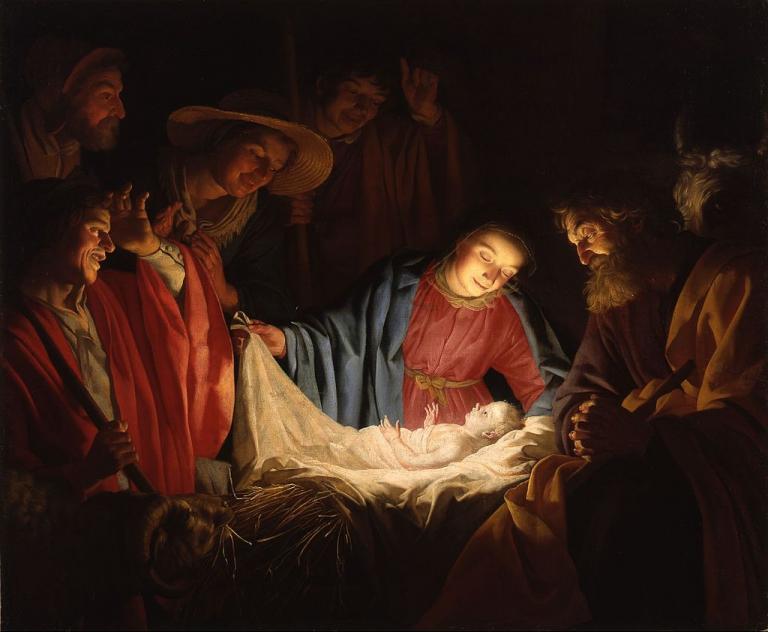 My fellow Patheos blogger Scott McKnight has posted Ruth Tucker’s essay “Martin Luther and Christmas,” which considers both the myths and the realities of Luther’s contributions to this holiday.  She quotes these moving lines from his Nativity sermon of 1530:

If Christ had arrived with trumpets and lain in a cradle of gold, his birth would have been a splendid affair. But it would not be a comfort to me. He was rather to lie in the lap of a poor maiden and be thought of little significance in the eyes of the world. Now I can come to him. Now he reveals himself to the miserable in order not to give any impression that he arrives with great power, splendor, wisdom, and aristocratic manners.

She also quotes from a translation of a sermon by Luther biographer Roland Bainton (who performs this sermon in his documentary film that she highly praises, Where Luther Walked, which streams for free on Amazon Prime):

The pictures always show Mary riding on a donkey, but there’s no donkey in the Gospels. She who might have gone in a golden chariot, with angels to attend her, went on foot, and trudged her weight across the snow of the Galilean and the Judean hills. And as they approached Bethlehem, Joseph was saying, “Oh, it will be all right.  Soon we’ll be among relatives and we can borrow everything.” A fine idea that was!

Her time came as they were drawing near, and Joseph sought room for them in the inn. But there was no room in the inn. Of course there was! There was all the room in the inn, but nobody would give up a room! Shame on you, wretched Bethlehem; you should’ve been burned with brimstone!

And don’t let you people in this congregation think you’d have done any better if you were there. I can just hear you say, “Oh, we would have loved to take care of the Baby Jesus. We would have washed his diapers.” No you wouldn’t!  If you’d been there you wouldn’t have done a bit better, and if you think you would, why don’t you do it for your neighbor in your midst, who is Christ among you? . . .

Mary and Joseph were obliged to take refuge in a stable, to share with the cattle, lodging, table, bedchamber and bed, while many a wicked man sat in the hotels and was honored as lord. . . .O what a dark night this was for Bethlehem, that was not conscious of that glorious light! . . .

“And she brought forth her firstborn child, and laid him in a manger.” Think of it, women! She didn’t even have a cradle to lay the baby in. She didn’t have anything. No warm water, no cold water, no pan, no towels, no table — nothing that our German women have at such a time. It’s a wonder the little fellow didn’t freeze to death. . . .

I wouldn’t have believed. If I’d been God and wanted to save the world, I wouldn’t have done it that way. I would have just called in the devil and twisted his nose and said, “Let my people go!”

But God is amazing. He sends a little baby, as weak as an earthworm, lying in the feedbox of a donkey, and that little baby crunches the devil’s back and overcomes all the power of Hell, and sin, and death.

How vividly Luther is imagining the Holy Family, not as spiritualized icons but as real, tangible human beings of flesh and blood in whom God is manifest!  Luther presents the lowliness of God Himself in the flesh, doing so in such a way that the lowliest of the people he is preaching to can relate to Him.  And note the line about vocation that I have bolded for you. 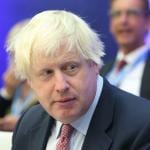 December 16, 2019
Lessons from the Conservative Landslide in the UK
Next Post