The United States has the world’s highest rates of children who live with only one parent.  The U.S. also leads the world or is among the leaders in other marks of family breakdown.  And Christians have the same rates of single parenthood as the “unaffiliated.”

These are the findings of a Pew Research Study that examined family arrangements in 130 countries.  In the United States, nearly one out of four children (23%) live in a household with only one parent and no other adults.  Worldwide, the percentage is 7%.  In China, this is true of only 3% of children.  In Nigeria, 4%.  In Canada, 15%.  In France, 16%.  In Denmark, 17%.

So nations that are rich, poor, Communist, Muslim, conservative, liberal, secularist, and sexually permissive all agree that children should be raised by both their mother and their father.  The United States, not so much.

To see this particular example of American exceptionalism as a bad thing is not to put down single mothers. (Women vastly outnumber men as single parents, 9% to 2%.)   I respect those who refused to get an abortion and decided instead to raise her baby.  There are lots of reasons for single parenthood, not all of them under the parent’s control. Often the man who abandoned his own children is to blame.

And, on one level, I am not surprised or scandalized that Christians have such a big share of single parents.  Contrary to how it is often portrayed, Christianity is not for the morally perfect.  Rather, it is for sinners, the broken, those with messed up lives, the desperate.  As Jesus Himself said, “Those who are well have no need of a physician, but those who are sick. I came not to call the righteous, but sinners” (Mark 2:17).  It is hard to raise children by oneself, an emotional drain that also usually involves major financial hardship.  No wonder stressed-out single parents turn to the Lord, who promises to step in and be “Father of the fatherless and protector of widows” (Psalm 68:5).

But why is there so much single parenthood in the United States as compared to everywhere else in the world?

The study shows other reasons to think that the institution of the family in the United States is not functioning as it should.  The United States also is among the world’s leaders in the percentage of folks over 60 who live alone (27%, compared to a world average of 16%).  And yet, on the other side of the age spectrum, the U.S. is also among the world’s leaders in the percentage of young adults 18-34 who still live with their parents (20%).  And the U.S. also trails most of the world in its reliance on the extended family.  Worldwide, 38% of children live in extended families, with grandparents, uncles, aunts, cousins, etc., something true of only 8% of American children.

Though Christianity is for casualties of difficult family situations, the Church has surely done too little in building up the institution of the family, both for its own members and indirectly–in its role as salt and light–for society as a whole.

It seems to me that, judging from most “Christian” books on the family and on pastoral counseling materials that I have seen, the Church has adopted the contemporary world’s paradigm for families, which is a psychological model emphasizing self-fulfillment.  OR, when it tries to be religiously distinctive, it emphasizes a Law-oriented approach, requiring obedience and questions of who has to (or does not have to) obey whom.  Since the self is inherently unstable and since human beings cannot fulfill the Law, both approaches will tend to bear fruit in unhappy marriages, frustrated parents, and rebellious children.

What is needed instead is a vocational paradigm for marriage, parenting, childhood, and the extended family.  This is the Biblical approach and brings to bear the Christian distinctive that can actually transform and motivate; namely, the Gospel.  The vocational approach to family issues sees Christ’s presence in marriage, God the Father’s presence in parenthood, and God the Son’s presence in childhood.   The purpose of each of the family callings–husband & wife, father & mother, son & daughter, and everyone in the extended family–is to love and serve the corresponding neighbor in that relationship.  And to bear the Cross in that vocation:  that is, to deny (not fulfill) one’s self in love for the neighbor (husbands for wives; wives for husbands; parents for children; children for parents).  Such self-sacrificial love, in turn, is the key to genuine self-fulfillment (Luke 9:23-24).

My daughter Mary Moerbe and I collaborated on a book that explores these issues, entitled Family Vocation:  God’s Calling in Marriage, Parenting, and Childhood We didn’t make this stuff up.  It’s all from the Bible and the Reformation teaching about vocation.  I commend it to you not because we wrote it, but because I think you will find the concept as illuminating and as practically helpful as we have.

I think that if you pastors use the vocational paradigm rather than the psychological paradigm in your counseling and teaching, you will help form strong families–good, mutually supporting marriages; satisfying, effective parenting; happy, cared for children–as opposed to families that are dysfunctional, frustrating, and disposable.

In doing so, the Church can help fulfill the Advent prophecy about John the Baptist in the last verse of the Old Testament: “Behold, I will send you Elijah the prophet before the great and awesome day of the Lord comes. And he will turn the hearts of fathers to their children and the hearts of children to their fathers, lest I come and strike the land with a decree of utter destruction” (Malachi 4:6). 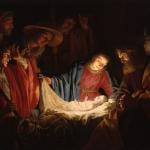 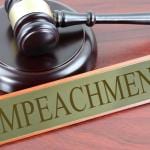