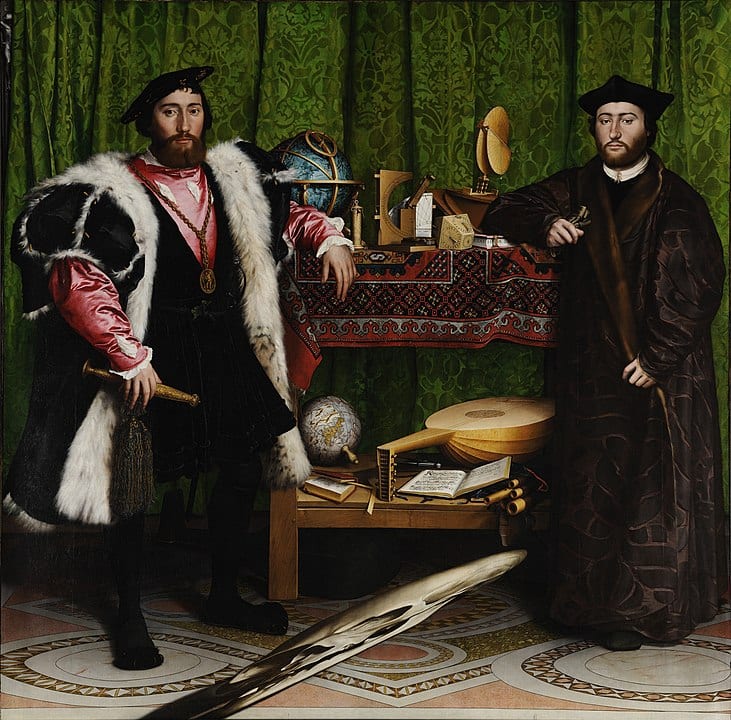 The impeachment debacle is a low point in America’s politics.  Both sides can agree on that, whether they are repelled by President Trump or by the Congressional efforts to remove him.  Americans may be polarized, but they seem to be in agreement that our political system is in a bad way.

Not only have we become cynical about politicians and government.  Americans have also become disillusioned about corruption and scandals in their churches, schools, universities, businesses, and workplaces.  All of our institutions seem to be failing us.

Harvard history professor James Hankins points to another time that was plagued by similar breakdowns.  That period of bad  leadership and institutional failure helped to bring about a reaction known as the Renaissance.

From James Hankins, Impeachment and the Renaissance, in The Wall Street Journal [subscription required]:

As I watch America’s elected officials, one after another, disgracing the public stage, crazed with partisanship, driven by incontinent rage to enact their lawless impulses, I can’t help but think that we are reliving the crisis of 14th-century Italy, the convulsion that gave rise to the Renaissance.

This may sound far-fetched. But it was precisely the collapse of institutions and the twin diseases of violent partisanship and tyranny that drove the great political thinkers of the Renaissance to invent a new instrument of statecraft. They called it the studia humanitatis, or the humanities.

When this new program of civilizational renewal was born in the mid-14th century, no one could have imagined that a renaissance of any kind was imminent. Italy was recovering from the Black Death and the collapse of its financial system. The Catholic Church was divided and corrupt, the Holy Roman Empire was fatally weakened and the Ottoman Turks were knocking at the door of Constantinople.

The scholar-poet Petrarch, spiritual leader of the Renaissance, had no confidence that Europe’s universities were up to the task of renewing civilization. Barbarism and irreligion, it seemed to him, ruled the human heart. Worst of all in Petrarch’s eyes were the repulsive specimens of humanity that occupied seats of power across the Western world.

These leaders were ignorant of the past, unable to express themselves truthfully or decently, and driven by their unbridled lust for power and riches to neglect the common good. Feared and hated by their subjects, they were unable to inspire loyalty.

Petrarch’s solution was a new kind of politics: virtue politics. Reforming laws, institutions and policies was all very well, but what really needed reformation was human nature, especially the moral and intellectual qualities of Christendom’s leaders. The great poet’s instrument for the reform of human nature was a new moral and political education.

Specifically, Petrarch revived classical education, which would lead to the cultural renewal known as the Renaissance, which would give us the Reformation, the rise of modern science, the flowering of great art and literature, and political innovations such as the nation state, limited monarchies, and self-governing republics.  Prof. Hankins develops the connections in detail in his book Virtue Politics: Soulcraft and Statecraft in Renaissance Italy.

I haven’t read that book yet, but I’m not sure about “virtue politics,” or at least the virtue of Renaissance politics.  While the Renaissance gave us Frederick the Wise, it also gave us Niccolò Machiavelli.  Classical education produces very capable individuals, and it does emphasize character formation and the cultivation of virtue.  But while Renaissance humanists believed that education alone could inculcate morality, reformers of the church, like Luther and Melanchthon, who universalized this kind of education and made it broadly available, insisted that the classical curriculum be supplemented with Christian catechesis, since only the Gospel can effect genuine moral transformation.

Prof. Hankins’ general point, though, is that after things reach their lowest point, they often get better.  As is said, it’s always darkest before the dawn.  In the Divine Comedy, Dante descends so far into the depths of Hell that, after passing the center of the earth, he finds himself climbing upwards towards the light.   (Note how Dante depicts the world as a sphere, thus refuting the myth that people in the Middle Ages believed the earth is flat.)

We can take hope in that our current political and cultural condition may well bounce back after it hits rock bottom.  The problem is that we never know exactly how far down we are and how much worse things may yet become.

Though some people are claiming President Trump is a tyrant, others dismiss that as merely exaggerated rhetoric, since a tyrant would never permit the kind of criticism that he has been receiving.  Rather, they associate President Trump with a renaissance of American greatness.

At any rate, Prof. Hankins, in reminding us that bad conditions are not necessarily permanent and are often the prelude to something much better, can be encouraging.  Not only in our worries about politics and government but also about the state of the church, our current intellectual and artistic dead ends, and our moral and cultural dysfunctions.

And, like Plutarch did, we are bringing back classical education.