My New Book on Secularism 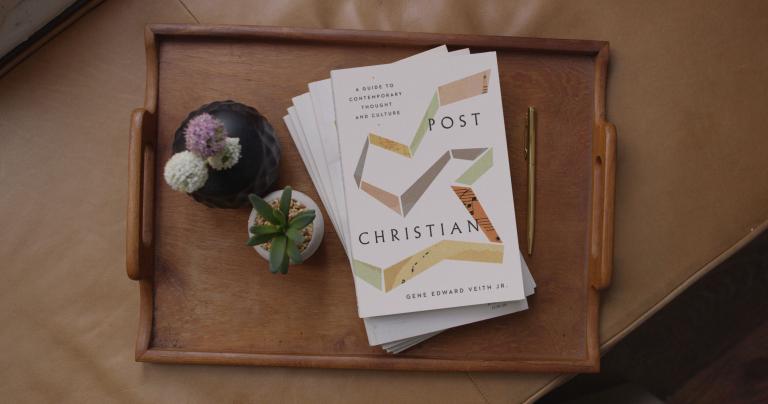 My new book from Crossway has been released.  It’s entitled Post-Christian:  A Guide to Contemporary Thought and Culture.

Back in 1994, I published Postmodern Times:  A Christian Guide to Contemporary Thought and Culture, which was one of the first books to critically engage postmodernism from a Christian perspective.  That book still holds up pretty well, actually.  I thought of updating it, but too much has happened over the last quarter-century.  So Post-Christian is a sequel to that earlier book, similarly designed to help Christians navigate the issues and mindsets and world-views of our day.

The title continues the “post-” language of the earlier book, but to speak of our times as being “post-Christian” does not mean that Christianity is “over.”  Quite the contrary, as my book demonstrates.  Post-Christian is a study of secularism in its various manifestations, the attempts to carry on human life and society as a whole without any Christian or other kinds of transcendent referents.  But this is easier said than done, and secularism itself is running into problems and contradictions (including new religious assumptions).

Each topic treated in the book has an “arc”:  a description of the phenomenon, followed by the difficulties and the dead-ends that the secularists themselves are admitting, followed by the way forward offered by Christianity.  The whole book also has an arc, moving towards the next phase that a number of scholars are already anticipating, another “post-” word:  the post-secular.

So that the sequel to Post-Christian, covering the developments of the next 25 years, could be entitled Post-Secular.  (Not that I’ll live long enough to write it.  Maybe one of you could take up that task.  You can have the title, gratis.)

This particular book outlines the challenges that Christians today will have to deal with.  It breaks some new ground in Christian cultural analysis and brings up information and developments that will be new to most readers.  But it is also hopeful and encouraging, showing that Christianity perseveres and remains relevant–indeed, increasingly so–even in ostensibly “post-Christian” times.

Yes, Christianity has been declining in America and in Europe–due in part to the secularization of the church–but the faith is spreading like wildfire in the rest of the world.  Our secularism is the outlier.  And there are signs that our secularism might be changing.

Here are the chapters from the Table of Contents to show you the topics that the book gets into, as well as the book’s structure:

1 Constructing Our Own Worlds: The Ptolomaic  Counterrevolution

2 Knowing Nature: The Dominance of Science

3 Mastering Nature: The Achievements of Technology

5 The End of Sex: The Exaltation of Barrenness

6 Repudiating the Body: Engineering Children and Oneself

7 Sexual Counterrevolution: Toward a Theology of the Body

8 Culture and Anticulture: Society without Community

9 Power Politics and the Death of Education: From Relativism to Absolutism

11 Spiritual but Not Religious: The Religion of the Nones

12 Religious but Not Spiritual: The New Gods

I’ll be writing a series of posts about my new book, which will flesh out more of what I mean and will highlight various themes of the book.  You can buy it here.