Millennials Are Staying in Church if They Went as Children–Unless They Marry Outside the Faith January 10, 2020 Gene Veith 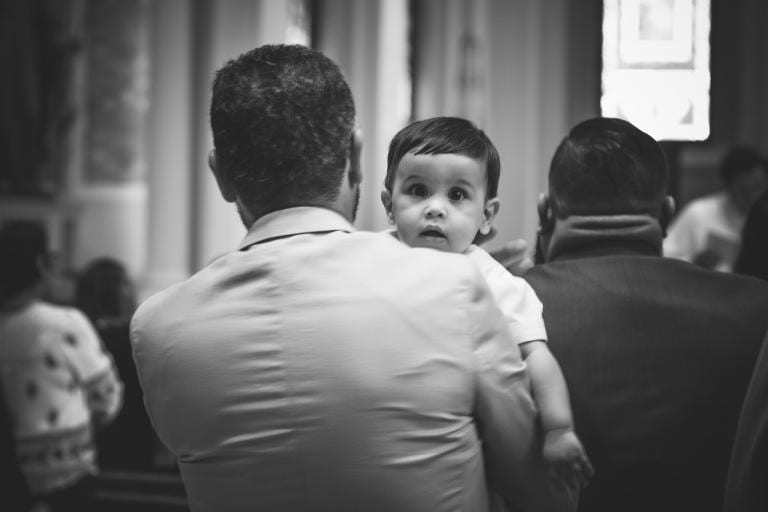 Young adults of the Millennial Generation, aged 23 to 38, are notoriously not getting involved in church much, with 40% saying that they are unaffiliated with any religion.  Historically, though, young adults pull away from church for awhile, but then come back, once they get married and, especially, once they have children.  But there is evidence that this pattern is not happening so much with Millennials.

Drilling down into the data, though, shows some encouraging information for parents, while making clearer what churches need to do in order to keep their next generations.  Briefly, Millennials are leaving the church unless they were brought to church by both parents as children.  The problem with Millennials dropping their church affiliation began with their parents, with most drop-outs being seldom taken to church as children.

And, yet, there is one factor that contributes to dropping out of church even on the part of young adults whose parents took them to church:  Marrying outside the faith.  With the increased percentage of non-affiliated young adults, those who had been affiliated are increasingly marrying spouses who do not share their religion.  And whereas there was a time when the religious spouse would influence the non-believer to come to church, often resulting in the non-believer coming to faith, the influence today seems mostly in the other direction.

From Daniel Cox and Amelia Thomson-DeVeaux, Millennials Are Leaving Religion And Not Coming Back , in FiveThirtyEight:

Millennials may be the symbols of a broader societal shift away from religion, but they didn’t start it on their own. Their parents are at least partly responsible for a widening generational gap in religious identity and beliefs; they were more likely than previous generations to raise their children without any connection to organized religion. According to the AEI survey, 17 percent of millennials said that they were not raised in any particular religion compared with only five percent of Baby Boomers. And fewer than one in three (32 percent) millennials say they attended weekly religious services with their family when they were young, compared with about half (49 percent) of Baby Boomers.

A parent’s religious identity (or lack thereof) can do a lot to shape a child’s religious habits and beliefs later in life. A 2016 Pew Research Center study found that regardless of the religion, those raised in households in which both parents shared the same religion still identified with that faith in adulthood. For instance, 84 percent of people raised by Protestant parents are still Protestant as adults. Similarly, people raised without religion are less apt to look for it as they grow older — that same Pew study found that 63 percent of people who grew up with two religiously unaffiliated parents were still nonreligious as adults.

But even religiously-raised Millennials are not going back to church if, as is frequently happening, they are marrying someone who was not raised that way.

But one finding in the survey signals that even millennials who grew up religious may be increasingly unlikely to return to religion. In the 1970s, most nonreligious Americans had a religious spouse and often, that partner would draw them back into regular religious practice. But now, a growing number of unaffiliated Americans are settling down with someone who isn’t religious — a process that may have been accelerated by the sheer number of secular romantic partners available, and the rise of online dating. Today, 74 percent of unaffiliated millennials have a nonreligious partner or spouse, while only 26 percent have a partner who is religious.

Now I am not completely giving up the notion that people tend to come back to church when they get older and settled down.  Millennials, most of whom eventually get married, are doing so later and later.  This also (usually) pushes back having children.  The study looks at ages 23-38, which is still quite young, and people in their 30s have a lot of soul-impacting life ahead of them.

But these findings also show the church what it needs to do:  Christian parents must bring their children with them to church.  If they do, their children will be likely to hold onto the faith.  It is that simple.

From what I can see, Christian parents are doing that.  But there is one important thing that needs to happen that parents and the church as a whole seem to be neglecting:  Teaching their children the importance of marrying fellow-Christians.  Indeed, if the church and particular religious tradition is to continue, teaching their children to marry fellow Lutherans, fellow Catholics, fellow Calvinists, fellow evangelicals, or whatever.

But not just teaching them, in the sense of planting this consideration in their minds, but finding ways of making it happen.  That is, making occasions by which their teenagers can get to know each other and possibly form relationships that can lead to marriage.  In the Lutheran tradition, we used to have Walther League, pretty much for this very purpose, but that organization is long gone.  We still have Lutheran primary schools, church camps, high schools, and colleges.  That was one of their purposes, though I suspect such institutions and their students would be embarrassed to embrace that cause today.  Youth groups can play this role, as can campus ministries and organizations like Higher Things.

I know, I know. . . Parents don’t control their children’s romantic relationships.  But there may be things one can do to put one’s child in a Christian culture in which they can link up naturally.  And teaching about the importance of marrying within the faith can leave an impression.  And traditionally, when someone was contemplating marriage outside the church, the one with the strongest convictions would insist that the potential spouse take the membership class and join up.  Lots of now-devoted church members came into the church that way.

Someone who is intentional about finding someone who shares his or her faith and makes that a priority for marriage can make that happen. But it’s hard, and I suspect the church can do more to help.

Image by magdiel-lacoquis from Pixabay 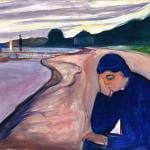 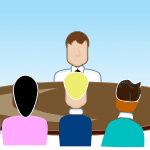