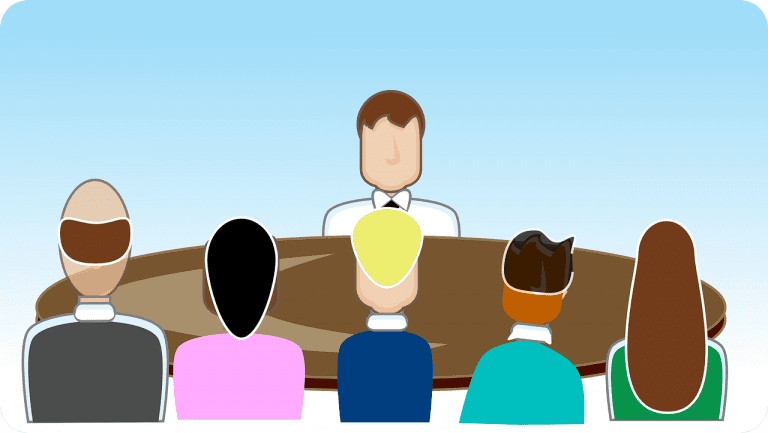 Our new class system is not based on the socio-economic hierarchies of upper, middle, and lower classes; nor do our class struggles follow the socialist analysis of property-owners vs. the working class.  Rather, our new class conflict is between the working class and the “managerial elite.”

So says University of Texas professor Michael Lind, who sees the conflict between the college-educated managerial class and the non-college-educated majority looming behind our political polarization, not only in the United States but in other Western democracies, where populist blue-collar workers–who tend to be patriotic, religious, and critical of immigration–are contending against the white-collar cosmopolitans who run the companies they work for, the cultural institutions that try to control how they think, and the government bureaucracies that rule their lives.

This class conflict, Lind says, has given us the Donald Trump presidency, with both his populist supporters and the furious “resistance” from the managerial class, but it has also manifested itself in the Brexit movement in the United Kingdom, the “yellow vest” insurgents in France, and related movements throughout Europe.

Now there have been other analyses of the conflicts between “populists” and “elitists,” often with a partisan spin.  But Lind strikes me as much more rigorous than other analysts in connecting these political and cultural factions to class divisions.

Lind develops his observations in his book The New Class War:  Saving Democracy from the Managerial Elite, which will be released later this month.  He summarizes his thesis in an article published in the Wall Street Journal entitled Saving Democracy From the Managerial Elite.  This article is available through subscription only, so let me just give you some highlights:

The deepest cleavage in Western democracies yawns between college-educated managers and professionals—a third of the population, at most—and the majority who lack college educations.  . . .

The major geographic divide in Western democracies is not between urban and rural areas but between expensive hubs or urban cores where professionals and immigrant service workers cluster, on the one hand, and exurbs and satellite towns on the peripheries of metro areas, where most working class people find jobs and low-cost housing. . . .

Between 2010 and 2018, whites with a college degree fell from 40% to 29% of Republican voters; Democrats now win an overwhelming share of the country’s most highly educated counties. . . .

These classes are following their class interests:

Unwilling to admit that the center-left has been largely captured by the managerial elite, many pundits and academics on the left insist that mindless bigotry, rather than class interests, explains the attraction of many working-class voters to populist parties that promise to restrict trade and immigration. But it is just as rational for workers to prefer a seller’s market in labor as it is for employers to prefer a buyer’s market in labor. Blue-collar workers who have abandoned center-left parties for populist movements bring with them the historic suspicion of large-scale immigration that was typical of organized labor for generations.

What once were different subcultures of the highly-educated class–academics, corporate managers, politicians–have now come together, Lind says, into a true ruling class.

What we might call “woke capitalism” represents a fusion of the three elites at the commanding heights of the economy, the culture and politics; they increasingly constitute a single conformist caste.

This newly consolidated ruling class is best described as “liberaltarian,” combining moderately libertarian views in economics with cultural progressivism in values. From its citadels in a few big cities, this oligarchy periodically notifies the working-class majority what values and opinions about sex, immigration and other topics it must immediately adopt without debate, on pain of being blacklisted by the private sector, prosecuted by the government or censored or erased by the media.

Recall that the managerial elite constitutes only about one-third of the population.  In many ways, they rule the majority, but the majority has the potential of out-voting them.  As a result, says Lind, the managerial elite favors government by bureaucracy (as in the regulations of the U.S. Executive Branch or the European Union in Brussels), the judicial system (whose members will tend to belong to their class), transnational agreements (global trade agreements, the EU, the UN, treaties having priority over local jurisdictions).

The most democratic and responsive branch of the government is the legislature, which has been stripped of its power, its centrality, and its reputation over the last few generations.  Local and state governments too, which are by their nature closer to voters, have also lost clout.

Ordinary voters, says Lind, have lost other “tribunes,” the term coming from the Roman official whose sole duty was to protect the interests of the common people.  Labor unions, political machines, and–significantly–the church would play this role, but now they have all lost influence.  But people still rally to those they perceive as political “tribunes,” such as Donald Trump and Boris Johnson, even though they too come from the elite.

Lind calls for the creation of “powerful legislatures” on the local, state, and national level, to empower working-class citizens.  He concludes:

Ending the new class war in the U.S. and Europe will require a new era of genuine power-sharing by today’s power-hoarding managerial overclass. The trade unions, powerful religious organizations and local political machines of the 20th century will not return. Their 21st-century equivalents are needed, in the form of mass membership organizations accountable to working-class people rather than to elite donors or granters. Only genuine bottom-up institutions can allow working-class citizens to exercise countervailing power against the elite by pooling the only resource they have: their numbers.

I would like to ask Prof. Lind some questions. If the managerial elite is such an oligarchy, a mere 33% aligned against the American majority, why did tribune of the people Donald Trump lose the popular vote?  Clearly, quite a few blue collar folks voted against him, including, of course, the black working class.  Where does “identity politics” fit into this class-based analysis?

Ironically, today both parties are claiming, at least in their rhetoric, to champion the cause of the working class and to oppose big corporations.  Is there still the pull of the old class struggle of “the rich” against “the poor” in at least some voters?  I suppose the “managers” tend to be middle-income, rather than rich, so they can oppose the wealthy owners and stockholders of the companies they work for, even though the even smaller number of those who are “rich” may themselves be of the managerial class in their background and values.

Clearly, this alleged class struggle is not just a matter of the dominant political parties, neither of which is homogenous in any way.  Manager-types and the college educated populate both parties, as do blue collar workers.  Indeed, the former used to be associated with the Republicans, and the latter used to be associated with the Democrats.  Perhaps, though, Prof. Lind’s thesis could still be applied within the parties, with the “managerial elite” constituting the Republican “establishment” that Trumpian Republicans are always complaining about, with the Democratic working class base resisting the harder left pull of Democratic  managerial activists.

Also, of course, quite a few college-educated folks reject the values of the managerial elite, as Lind describes them, despite their own membership in this class, just as quite a few members of the working class go along with them. 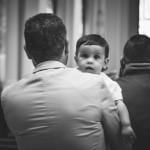 January 10, 2020
Millennials Are Staying in Church if They Went as Children--Unless They Marry Outside the Faith
Next Post 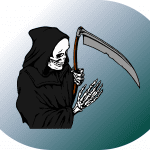