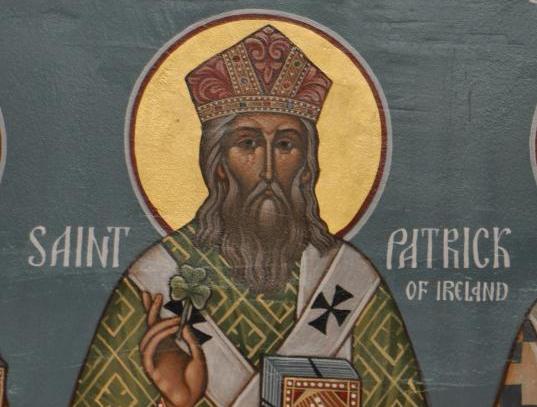 You might be familiar with St. Patrick’s Breastplate, the great missionary’s prayer or poem or hymn that speaks of “Christ within me, Christ behind me, Christ before me.”

Similarly profound and moving is St. Patrick’s Confession, in which he tells the story of his life–his kidnapping, his slavery in Ireland, his conversion, his escape, his return to Ireland as a missionary.  In the course of that narrative (which is not very long and quite readable in just a few minutes), St. Patrick states what he believes, what his message is:

Hence I cannot be silent—nor, indeed, is it expedient—about the great benefits and the great grace which the lord has deigned to bestow upon me in the land of my captivity; for this we can give to God in return after having been chastened by Him, to exalt and praise His wonders before every nation that is anywhere under the heaven.

Because there is no other God, nor ever was, nor will be, than God the Father unbegotten, without beginning, from whom is all beginning, the Lord of the universe, as we have been taught;

and His son Jesus Christ, whom we declare to have always been with the Father, spiritually and ineffably begotten by the Father before the beginning of the world, before all beginning; and by Him are made all things visible and invisible.

He was made man, and, having defeated death, was received into heaven by the Father; and He hath given Him all power over all names in heaven, on earth, and under the earth, and every tongue shall confess to Him that Jesus Christ is Lord and God, in whom we believe, and whose advent we expect soon to be, judge of the living and of the dead, who will render to every man according to his deeds;

and He has poured forth upon us abundantly the Holy Spirit, the gift and pledge of immortality, who makes those who believe and obey sons of God and joint heirs with Christ; and Him do we confess and adore, one God in the Trinity of the Holy Name.

For He Himself has said through the Prophet: Call upon me in the day or they trouble, and I will deliver thee, and thou shalt glorify me. And again He says: It is honourable to reveal and confess the works of God.

Translated from the Latin by Ludwig Bieler.  My arrangement.  My bolds.

St. Patrick lived in the 400’s.  Scholars cannot agree on much more than that.  The Nicene Creed was formulated in 381 A.D.  The similarities between what St. Patrick confesses and the Nicene Creed demonstrate that, contrary to the view that many different “Christianities” were current in the early church, there was a broad orthodox consensus–reaching all the way to Ireland–about the Person of Christ.

But, as Tarmo Toom’s scholarly article on this confession of faith points out,  it is “neither a declaratory creed proper nor a rule of faith. It is a hybrid genre which combines Scripture, creedal clauses, and citations of patristic texts and molds everything into a polished rhythmical declaration.”

This–not Ireland, not green beer, not the wearing of the green–is the true meaning of St. Patrick’s Day. 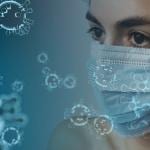 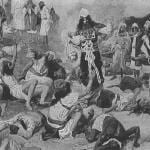