A Creedal Testimony from Less Than Five Years after Jesus’ Resurrection 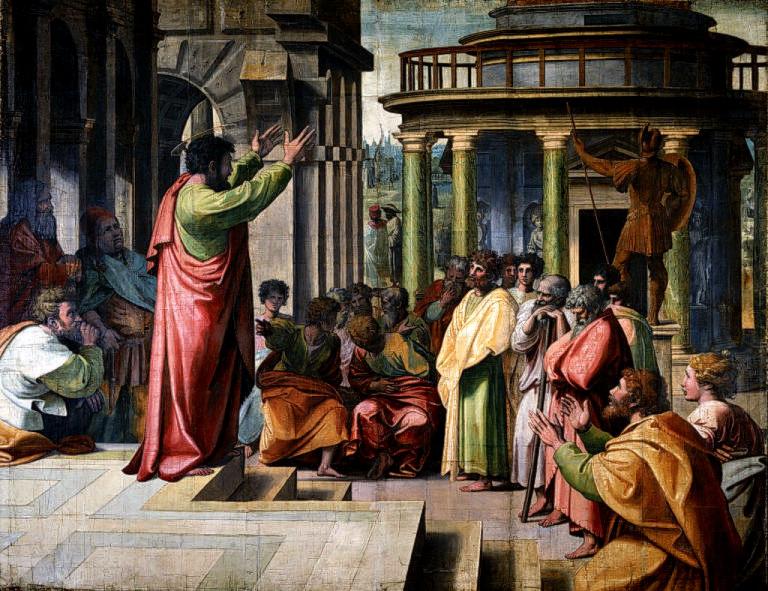 It perhaps escaped your attention but scholars have identified a creedal testimony to the atoning death and resurrection of Jesus that is dated within five years, possibly just months, after it happened.

Justin Bass, New Testament Professor at the Jordan Evangelical Theological Seminary, writes about this for the Gospel Coalition and in Christianity Today.  He has also written a book on the subject that has just been released:  The Bedrock of Christianity:  The Unalterable Facts of Jesus’ Death and Resurrection.

The text has been right under our nose.  It’s something St. Paul quotes in 1 Corinthians 15: 3-7:

For I delivered to you as of first importance what I also received: that Christ died for our sins in accordance with the Scriptures,  that he was buried, that he was raised on the third day in accordance with the Scriptures,  and that he appeared to Cephas, then to the twelve.  Then he appeared to more than five hundred brothers at one time, most of whom are still alive, though some have fallen asleep.  Then he appeared to James, then to all the apostles.

Around the turn of the 21st century, New Testament scholars began studying these words.  They realized that they were not being presented as thoughts from the Apostle.  Rather, Paul says that he “received” them and then “delivered” them.  Researchers then determined that the language of the passage does not accord with Paul’s usual style of writing, neither in this letter to the Corinthians nor his other epistles.  They concluded that this passage is a statement that the convert Paul was taught and that he then passed on.

Paul’s first epistle to the Corinthians has been reliably dated 53-54 A.D., and he is believed to have established the church in the Greek city-state of Corinth in 50 A.D.  The scholars studying the creedal testimony estimate that it would have been composed at least a decade before that date, which would put it in the 40s.  But it might have been even earlier.  Paul’s conversion is said to have occurred between 31-36 A.D.  Historians believe that Jesus died in 30 or 33 A.D.

Dr. Bass says that the average date given for the text by various scholars is 5 years after the death of Christ.  At least one scholar, though, argues that it was written just a few months afterwards.

Furthermore, Dr. Bass says that this view and dating of the text is now the scholarly consensus, agreed to by virtually all scholars, including liberal higher critics, agnostics, and atheists.  One of the latter says that this discovery is “one of the great achievements of recent New Testament scholarship.”

This is significant in itself.  The early “higher critics” of the 19th and 20th century posited very late dates for the books of the Bible, then maintained that Christian doctrines evolved over time.  In line with modernist rationalism and liberal theology, they said that the miracles described in the Gospels and the theological content of the different books in the New Testament were creations of the church, which drew from a long oral tradition and which invented teachings to respond to their historical situation.

But textual scholarship, using far more sophisticated methodology and further discoveries of ancient texts, has since shown that the New Testament documents were written far earlier than the pioneering higher critics assumed.  There was not much time for an oral tradition, much less the evolution of doctrine.

So what does this text, described as “the earliest evidence for Christianity” tell us?

First of all, it is about eyewitnesses to the resurrection of Christ.  Some have said that the resurrection was merely a story made up by a group of women, or a subjective vision of Peter, or a mass hallucination, or an inner conviction of the disciples that Jesus was with them. This text emphasizes that Jesus was raised from the dead  “in accordance with the Scriptures”–as an article of faith, as predicted in the Old Testament–and that this resurrection is an objective fact attested to by numerous witnesses over a period of time.

This text even goes beyond the testimony of the four Gospels, which concentrate on Jesus’ appearances to His immediate circle of the apostles and other disciples. He also appeared to “more than five hundred brothers at one time,” along with a detail supporting its contemporaneity to the event, “most of whom are still alive.”  After that, the text seems to refer to some later appearances to James, an early leader of the church, and “then to all the apostles,” which must refer to more than just “the twelve,” including apparently James and the Apostle Paul, who adds his name to the company:  “Last of all, as to one untimely born, he appeared also to me.  For I am the least of the apostles, unworthy to be called an apostle, because I persecuted the church of God” (1 Corinthians 15:8-9).

Also, as creedal statement, this text affirms “that Christ died for our sins in accordance with the Scriptures.” Again, as with His resurrection, the Old Testament Scriptures are described as the theological authority, showing the church at its very earliest state relying on the Word of God.  And what that Word teaches is that Christ’s death was sacrificial and atoning.  This was no later invention of the church imposed on the sad end of a great moral teacher, nor was such a belief created as is sometimes said by the Apostle Paul.  Instead, what we see here is the church from its very beginning confessing the gospel of salvation through the work of Christ on the cross, “the article upon which the church stands or falls.”

As if this were not enough, this text is not all that Paul “received” and “delivered.”  He uses the same language for other things, which also must mean they too originate from a similarly early date.  Dr. Bass summarizes them:

Thus, the church evidently, in its earliest state, from the very beginning, was worshipping:  singing hymns, preaching about Jesus, confessing their faith, and receiving the sacrament.  As the church continues to do today. 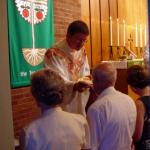 April 14, 2020
What Is So Wonderful about Lutheran Worship
Next Post 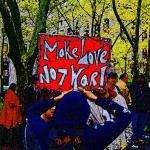 April 16, 2020 The Religion of Desire
Recent Comments
0 | Leave a Comment
"This blog post seems to imply that there are people who would misrepresent history? Say ..."
Pete The Historic Evangelical Opposition to Abortion
""extreme right wing"What, exactly, is your criteria for that? They have 15% of the Norwegian ..."
CruisingTroll Donald Trump and the Nobel Peace ..."
"Traditional theology constantly makes sine qua non litmus tests of things that are simply beyond ..."
Daniel Liechty Evangelicals Who Don’t Believe in Christ?
"When evening had come, He sat down with the twelve. Now as they were eating, ..."
Herrnhut Evangelicals Who Don’t Believe in Christ?
Browse Our Archives
get the latest from
Cranach
Sign up for our newsletter
POPULAR AT PATHEOS Evangelical
1