The Government Will Even Bail Out Churches

The Government Will Even Bail Out Churches April 8, 2020 Gene Veith 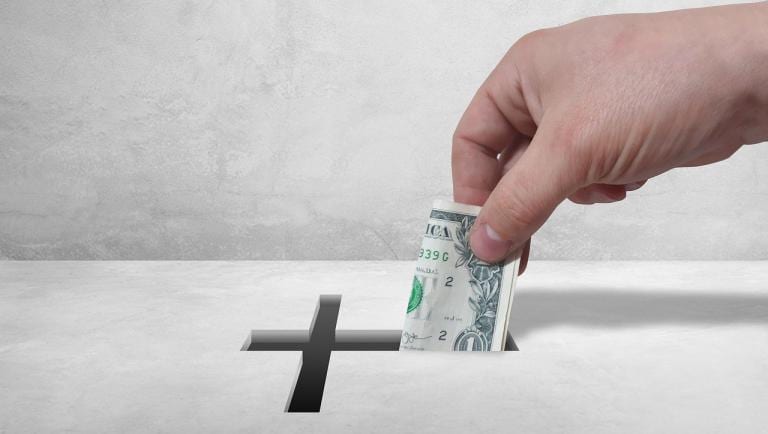 Yesterday we blogged about the CARES Act, the government plan to bailout virtually everyone hurt economically by the coronavirus epidemic.  That includes churches.

How the CARES Act Works for Churches

Churches, along with other non-profit entities, have explicitly been declared eligible for the Paycheck Protection Program.  This is designed to enable small businesses–and, yes, congregations are classified that way for the purpose of the program–to keep giving their employees a paycheck, even though they cannot come to work and even though the company is not bringing in its usual revenue due to the coronavirus epidemic.  They can also get money to pay for facility costs and utilities.

This comes in the form of a loan, but the loan used for these purposes will be “forgiven.” That is, it does not have to be repaid.  The money comes from a lender, which makes it quicker to receive, but the government will fully reimburse that lender.  It is possible to get larger loans for other purposes at a low rate of .5%, but loans for payroll and facilities are actually a grant.

Congregations that cannot hold corporate worship services cannot pass the offering plate.  So many are finding themselves in dire financial straits.  There is not enough money to pay the pastor or the church secretary, and the mortgage payment for the building is due.  If that happens to your congregation, the government is willing to bail you out.

Cheryl Magness has written an excellent article for the Lutheran Reporter, explaining exactly how the program applies to churches and how congregations can apply for this money.  Basically, you fill out a form, which you can get here. Then go to a regular lender approved for Small Business Administration loans.  Not all of them are, but your local bank may well qualify.

But Should Churches Take the Money?

So that’s how the government bailout for churches works.  The bigger question, though, is, should a congregation take this money from the government?

First of all, it shouldn’t need to, if members would keep up their giving as they did before the coronavirus hit.  Friends, just because you can’t attend corporate worship, just because worship has moved online, you still need to keep giving your tithes and offerings!  Don’t forget that!

But what if that doesn’t happen?  My own view is that congregations should take the money.  They should do that rather than  cutting their pastor’s salary or laying off other staff or missing a payment on the mortgage.  Not paying someone what they are owed is more problematic morally than taking money from the state.

A congregation is a spiritual entity, but insofar as it exists physically, handles money, owns property, and is a legally-incorporated body under the laws of the state, it is also a temporal institution, part of God’s Kingdom of the Left.

As such, a local congregation should be entitled to the same benefits as any other corporate entity–such as secular non-profit organizations and small businesses–in the state.

If strings are attached to those benefits, it’s another story.  But the Paycheck Protection Program attaches no strings, to the point of including a clear Religious Liberty statement exempting religious institutions from federal anti-discrimination statutes that are often used against Christian teachings regarding sexual morality.

There is certainly plenty of precedent for the state to support churches, as is the practice in Europe.  For centuries, this was the norm for Lutheran churches, including in Luther’s day.  The United States, though, has laws separating church and state, though sometimes, arguably, they are taken further than they need to be.  One could reasonably ask why tax money should go to a church.  But that assumes the bailout is funded by taxes, whereas, given the deficit spending, it is actually money created by government fiat.

Consider this:  Taking government money is against our principles.  Not paying our pastor violates a clear command from God (1 Tim 5: 17-18).  There are times when we may have to sacrifice our principles, valid though they be, to avoid an outright sin.

So I say, if your congregation has to, take the money.  I may be wrong, though.  In fact, I feel uncomfortable with my own advice.  So feel free to correct me if you think I’m wrong.

I do agree that churches should be supported by their members.  If the government prevents that from happening, it’s right for the government to make up the difference.  And yet, churches are not businesses selling goods or services to their customers.  Members of a church are not customers.  Rather, they constitute that church.  So members, no matter what the coronavirus does, keep giving to your church.  Doing so would make this issue a moot point. 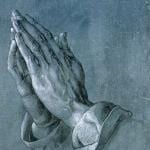 April 9, 2020 Classic Pestilence Prayers & Maundy Thursday
Recent Comments
0 | Leave a Comment
"Why is it right that someone should receive a large fortune merely because they happen ..."
Romanus An Unexamined Revolution
"Does the father not have the authority to decide not only what he does with ..."
Romanus An Unexamined Revolution
"For all those focused on objecting to Covid vaccines for pretend ethical reasons, they really ..."
Elind Where We Are with COVID
"A little bit of research finds that stem cell related medicine that you object to ..."
Elind Where We Are with COVID
Browse Our Archives
get the latest updates from
Cranach
and the Patheos
Evangelical
Channel
POPULAR AT PATHEOS Evangelical
1