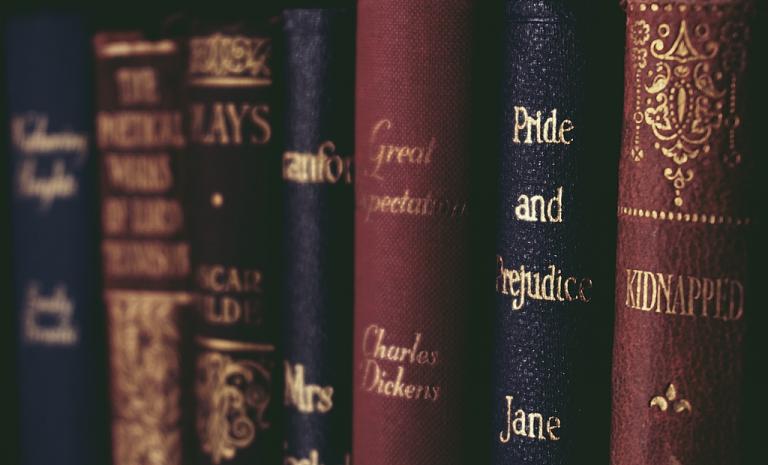 Nathanael Blake at the Federalist has written a perceptive essay entitled If We Want Western Civ Revitalized, We Can’t Leave It To Universities, with the deck,  “We should be less concerned with getting elite universities to rededicate themselves to teaching the Western heritage, and more focused on making Western culture a reality in our lives.”

Conservatives often call for universities to teach more or require more Western civilization courses.  But we should not want today’s academic establishment to teach Western civilization.  Their approach will be to attack our cultural heritage, presenting it as nothing more than racist, sexist, homophobic, oppressive white privilege, with nothing positive to offer people today.  This is completely wrong, but this is the impression students often get from their superficial survey courses.

It is, however, true that students need help and background to fully understand and appreciate the Western classics.  And higher education is where this can be learned.

There are colleges, such as Patrick Henry College, that take Western civilization seriously.  And even the big established universities generally have illuminating old-school scholars.  So I do favor the study of our intellectual and cultural heritage in colleges.  It’s just more difficult than it used to be, and students need to take more effort in ensuring that they are getting what they need from their classes.

But Mr. Blake makes a further point in his essay:  There is a difference between knowing about something, and living it.  This is certainly true, he says, of religion.  It is also true of civilization.  You can know about it–knowing the history, the major figures, the great works, the important ideas–without drawing on those treasures in your own life and being part of this continuing tradition.

We do have “Great Books,” “Great Ideas,” “Great Minds,” “Great Discoveries,” “Great Music,” and “Great Art” in our heritage.  What makes them great, though, is that, for one reason or another, they stand the test of time.  We can still appreciate, learn from, and draw from them in our own lives today.

These Great Works are better, by just about any measure–more entertaining, more involving, more stimulating, more valuable, more enjoyable–than the typical fare from our small, parochial slice of time.  This is important for those of us who don’t necessarily agree with the dominant ideas and values of our time, since drawing on the treasures of our past can counter-balance them and give us alternative ways of thinking and feeling.  (Read C. S. Lewis’s On the Reading of Old Books.)

So we should take advantage of this heritage.  Let me suggest some ways of doing that.   First of all, let your enjoyment be your guide.  Some books we read because they are good for us, but when just getting started “living” our civilization, you can let your inclinations be your guide.  And don’t think you have to give up your contemporary fare.  Just because you will develop a taste for Bach doesn’t mean that you necessarily have to give up your favorite radio stations.  C. S. Lewis, in the essay I linked to, said that while it’s a good idea to read one old book for every modern book, if that’s too much, you can read one old book for every three modern books.  If that’s too much, go for less.  But try these enduring works from the past.

Start with Bach and Mozart.  It’s not slow.  It’s not boring.  It’s highly rhythmic and will get your juices going.  You and your family, including your children, will enjoy it.  Once you get used to it, you will acquire a taste for it.  You can still listen to your pop songs, but after awhile, you will prefer the good stuff.

If you like romance novels, read Jane Austen, starting with Pride and Prejudice.  If you like mysteries, read Arthur Conan Doyle’s Sherlock Holmes.  If you like military sagas, read Tolstoy’s War and Peace.  If you like humor, read Jonathan Swift’s unexpurgated Gulliver’s Travels and Mark Twain’s early travel narratives Innocents Abroad and Roughing It.  If you like weird, funny, experimental, off-the-wall stories, read Laurence Stern’s Tristram Shandy.  If you want to become wholly absorbed in a book that can change your life, read Victor Hugo’s Les Miserables.

If you like theology, read Augustine’s Confession and Luther’s Commentary on Galatians.

If you are interested in politics, read The Federalist Papers.

If you like history and period pieces, read a book from that period, which will put you inside another place and time.  All of these books will lead you to more books by the same or similar authors.

For a bucket list project, read all of Shakespeare’s plays.  For stories, characters, and language, they are supreme.

As Mr. Blake says, all of this is at our fingertips today on the internet.  Most of the works I link to can be downloaded for free on Kindle, though the free versions are not always the best translations or editions–I tried to link to good ones–and I myself like to underline passages in books that are this good.

I could go on and on, as I did as an English professor for four decades.  But you get the idea.  In every field, read the old books, look at the old paintings, go into buildings of the old architecture, and you will begin to “live” our civilization.