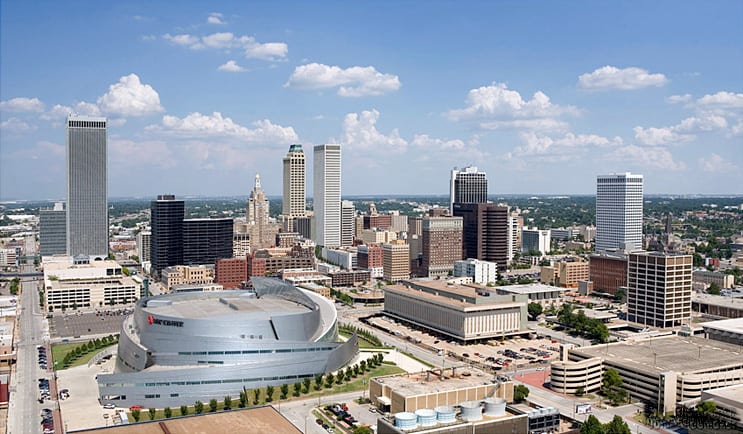 On Saturday, all eyes were on Tulsa, Oklahoma–a city I have lots of ties to–where President Donald Trump planned a mass rally to launch his 2020 presidential campaign.  An event that most Tulsans, including Trump supporters, dreaded.

Nearly a million people signed up for tickets to the rally, held at a venue, the BOK Center, that could hold 19,000.  But provision was made for overflow crowds outside, where a “Trump Festival” would be held, with big screens that would project his rally and a stage where the president himself would come out to say a few words.  The word went out that 800,000 Trump supporters might show up.  Tulsa has a population of just 400,000.  And about 20,000 hotel rooms.  Most of the crowd would be coming from out of state, so where would we put them?

Not only did the city have to prepare for a vast number of Trump supporters, they also had to prepare for a vast number of counter-demonstrators.  Already Tulsa’s Black community was getting ready for its annual Juneteenth celebration marking the abolition of slavery on June 19, a date that was originally going to be pre-empted by the rally until the president moved it to the day afterward.  But related events continued, including the commemoration of the biggest blot on Tulsa’s history, the Greenwood Massacre of 1921, when a neighborhood that was a high point of African-American prosperity known as the “Black Wall Street”–consisting of successful Black businesses and stately homes–was burned down and over 300 residents were murdered by white mobs who didn’t think Black people should have better houses than they did.  This atrocity resonates today with the killings that prompted the Black Lives Matter protests.  So feelings were high.  Al Sharpton came to Tulsa, along with other leaders of the national Black Lives Matter movement.

Political opponents of President Trump also planned a demonstration.  The word came out that Antifa would be coming to Tulsa in force, bent on violence and destruction, turning protests into riots, as they had in other cities.

On top of all this was the coronavirus epidemic.  Oklahoma has opened up considerably, but an upsurge of COVID-19 infections has led to record levels of the disease.  The most affected area?  Tulsa.   Not a good time for tens of thousands–maybe hundreds of thousands of people–to gather in close quarters yelling and slinging spit at each other.

The mayor of Tulsa,  G. T. Bynum, a staunch Republican and Trump supporter, didn’t want the rally in his city.  The local newspaper, the Tulsa World, editorialized against it.  I don’t know any Tulsans, pro- or anti- Trump, who wanted it.  Everyone feared the worst.

The mayor declared a state of emergency and imposed a curfew, which Trump talked him into lifting.  City officials assigned the different protest groups specific areas, each a mile away from the BOK Center.  City police were supplemented by the sheriff’s office, the state highway patrol, area law enforcement officers, and a National Guard unit.  The city cordoned off a six block area downtown, around the site of the rally.  Visitors were allowed to put up tents.  Downtown businesses shut down and boarded up their windows.

The crowds gathered.  The protests began.  Air Force One arrived.  Saturday night the scheduled events got underway.  And then. . . .hardly anything happened.  There were some verbal altercations.  A little shoving.  There was only one arrest.  The president made his speech to an appreciative audience.  And then it was over.  The city of Tulsa and the whole state of Oklahoma breathed a sigh of relief.

Credit goes to the mayor and the city for organizing the event so carefully.  And to the law enforcement personnel who did a good job of keeping the opposed groups away from each other.  And to the citizens of Tulsa.  Local leaders, mostly Black pastors, of the protests at Greenwood told demonstrators to stay away from the Trump rally, and they mostly did.  Other Tulsans, both Democrats and Republicans, mostly stayed at home.  The Trump supporters who did come to the rally were well-behaved and law-abiding.

The big factor, though, is that very few of the Trump supporters, contrary to everyone’s expectations, showed up!  The rally turned out to be much smaller than the Trump campaign, the planners, city officials, the protesters, and any visiting troublemakers thought it would be, making it much easier to manage.

The President was supposed to address the overflow crowd on an outdoor stage, but only a couple of dozen people showed up.  There was no overflow crowd.  So that speech was cancelled.

Inside the rally itself, the  BOK Center was a little over half full. The estimated attendance was 10,000. UPDATE:  The fire marshall reported that the number of tickets scanned, not counting the media and campaign staff, was only 6,200.

What happened?  Why were the numbers so off?

President Trump blamed protesters for blocking the metal detectors that people had to go through to get into the cordoned-off area.  There was a little of that, but police cleared it away quite quickly.

Reportedly,  teenagers on the Chinese video-sharing site TikTok and Korean K-Pop fans had the idea of pranking the president by signing up for hundreds of thousands of tickets to the rally without any intention of attending!  Trump’s team denied that this was possible, that they weed out multiple applications from questionable sources, but lots of people signed up without showing up, and many of those may well have been intentionally messing with the campaign.

The whole fiasco was said to be demoralizing to Trump and his campaign.  Indeed, the president was said to be furious and blaming his campaign team for their ill-conceived planning.  After weeks of bad news–his own Supreme Court nominees thwarting his policies; a new tell-all book from a fired advisor; another COVID-19 surge; civil unrest over racial violence; the economy moving into recession; polls showing him losing to Joe Biden by big numbers–the President was eager to get back to the campaigning he was so good at, connecting with his supporters and blasting his opponents.  A big rally, his campaign believed, would re-energize the President and create momentum for his re-election.  Instead, Tulsa was a letdown.

What are the political lessons of the Tulsa rally?

–Trump has a loyal and enthusiastic base.  But it isn’t very numerous.  He has to make an effort to appeal to other voters if he wants to win the election.

–It is true, however, that he has more support than it sometimes appears.  Trump blamed the media along with the protesters for the poor turn out.  It is true that lots of people did not turn out because they feared for their safety and they dreaded the big crowds.  That people should be afraid to express their political beliefs because of intimidation is a damning indictment of the state of our country.  But citizens will make their positions known in the privacy of the voting booth.

–This is not 2016.  The issues are different and the mood is different.  The appeals and strategies that worked then may not work in 2020.   Those inside the hall said that Trump’s zingers against Biden did not have nearly the effect on the crowd than his zingers against Hillary Clinton.

–Do not underestimate what social media can do to you.  Remember the teeny-boppers on TikTok.

–If you want to have big crowds, don’t schedule the event in a small city far from major population centers.  Especially when an epidemic has largely shut down the airports. 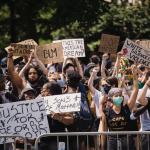 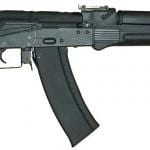