The Left Discovers the Second Amendment

Strong support for the right to keep and bear arms is usually associated with conservatives.  But why shouldn’t liberals too appreciate the Second Amendment?  In fact, some leftists are discovering the value of firearm ownership.

Case in point:  Among the Black Lives Matter protests of the past weeks was a march in Oklahoma City in support of the Second Amendment by a group called 1000 Brothers and Sisters in Arms.

Any NRA member would agree with that.  The Constitution gives us the civil liberty to own firearms not just for hunting, as some people assume, but for self-defense.  Black Americans, who are often the most victimized by crime, arguably have a greater need to defend themselves than most Americans do.  In the current controversy about police violence against Blacks, it has been said that many African-Americans do not trust the police to protect them, that instead they or other members of their community have to protect themselves.  If the police are disbanded, defunded, or demoralized, the void for all races will have to be filled by individuals with guns.

Among Americans today, 36% of White Americans, 24% of Blacks, and 15% of Hispanics own a firearm.  The Brothers and Sisters in Arms think the number of blacks who take advantage of the Second Amendment should be higher.

Chatman cited the need for Blacks to protect themselves against “corrupt police officers, white supremacists and criminals. Criminals have no color. It doesn’t matter if you are a Black man, white man, Asian or Hispanic.”

But Chatman and his group have a larger agenda.  Like others in the Black Lives Matter movement, they are demanding police reform, the opening of prior cases involving police brutality, and other civil rights measures.

Going even further left, many Democratic Socialists have also discovered the Second Amendment.  Jacobin Magazine, the mouthpiece for today’s hard left–as I have blogged about–has published an article entitled  What a Socialist Approach to Gun Control Should Look Like,  calling for restrictions on gun-related businesses while insisting “that oppressed and colonized people need the right to arm themselves.”  That is to say, for the coming revolution.

To NRA members:  Would you welcome the Brothers and Sisters in Arms and the Jacobins as members of the National Rifle Association?  Don’t they share your convictions about the importance of the Second Amendment?  Or does the NRA have a more conservative political ideology in addition to its focus on the right to keep and bear arms?

To Conservatives:   Do you support the right of the Brothers and Sisters in Arms and the Jacobins to keep and bear arms, even though they might use that right for leftwing political purposes, including in the Jacobins’ case Marxist revolution?  If not, can you conceive of a reading of the Second Amendment that would prevent that use?

To Liberals:  You tend to oppose a strict construction of the Second Amendment, believing instead that the right to keep and bear arms should be limited and that gun ownership by individuals should be controlled or even completely limited.  Do you believe that the Brothers and Sisters in Arms and the Jacobins should not be allowed to possess firearms?  What do you say to Omar Chatman’s arguments? 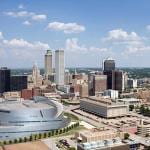 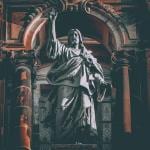 June 24, 2020 Can We Have Christian Influence without Christianity?
Recent Comments
0 | Leave a Comment
Browse Our Archives
get the latest from
Cranach
Sign up for our newsletter
POPULAR AT PATHEOS Evangelical
1