There have been lots of cultures and civilizations that no longer exist.  The ancient Greeks.  The ancient Romans.  The Assyrians, Babylonians, and Persians.  The Egyptians and Kushites.  The Ottoman, Mongol, and Maurya Empires.  The Aztecs and Incas.

What happened to them?  Some were defeated by other military powers, though other kinds of weakness often led to those defeats.  Some of them fell due to what some historians call “social cannibalism.”  That is, they turned against themselves.  That is, they committed cultural suicide.

Victor Davis Hanson, who is not only a popular columnist but a professor of ancient history, fears something like that is happening to American culture and American civilization today.  (Note:  “Culture” refers to the organic values and customs of the people.  “Civilization” refers to the accomplishments–the art, ideas, inventions, and government–of the culture.)

From Our Summer of Cultural Suicide:

Cultural suicide used to be a popular diagnosis of why things suddenly just quit.

Historians such as Oswald Spengler and Arnold Toynbee cited social cannibalism to explain why once-successful states, institutions, and cultures simply died off.

Their common explanation was that the arrogance of success ensures lethal consequences. Once elites became pampered and arrogant, they feel exempt from their ancestors’ respect for moral and spiritual laws  — such as the need for thrift, moderation, and transcendence.

Hanson then examines what has happened to three of our cultural and civilizational institutions:  sports, film, and education.

Sports, he says, has been one of those interests that unite Americans, apart from their politics or ideologies.  Now, the millionaire professional athletes will be allowed to stage national anthem protests and to include political statements on their helmets and jerseys.  “They will virtue-signal their moral superiority to increasingly turned-off fans — as if to make sure that their sources of support flee.”

The great American art form of movies is in a state of creative decline and stagnation (something that could be said, I would add, of all of the arts).  “Hollywood counts on bringing comic books to the big screen, or on making poor remakes of old classics. When directors try to make a serious new movie, the result is often the monotony and boredom of thinly veiled woke propaganda,” Hanson writes.  “And will viewers seek out theaters for more lectures from beautiful multimillionaires on their racist, sexist, homophobic country?”

Most to blame for our cultural suicide, though, is our educational establishment.  Instead of passing on our cultural and civilizational heritage, our schools and universities have been trashing that heritage, teaching students to despise it, while keeping them ignorant of what it is.  A civilization that hates itself and a culture that thinks its own customs, values, and traditions are evil and not worth continuing has committed suicide.

Those are my thoughts.  Hanson delves into the self-destructive corruption that is bringing on institutional suicide.  Universities, he says, shot up in status, putting out the notion that every successful American needs a bachelor’s degree.  “But soon, $1.6 trillion in aggregate student-loan debt, lightweight and trendy curricula, ideological hectoring, administrative bloat, reduced teaching loads, poor placement of graduates, and the suspension of the Bill of Rights on campus began turning off students as well as the public.”

Because the schools, for all of their self-congratulations, are doing such a poor job of educating students, they are graduating adults who don’t know what they need to conserve, being unable to tell the difference between racist and anti-racist monuments and destroying them both, remaining ignorant of and unable to respond to beauty, truth, and goodness, and having been made  intellectually stunted so that they cannot think through the important issues of our time.

What a culture or civilization does not pass down to the next generation is lost.  It ceases to exist.  That is how a society commits cultural suicide.

Nathan Stone shows the depth of our cultural problem in his article  Civilizational Confidence Is The Key To Preserving And Restoring America.  The issue, he says, is not just the critics of American civilization.  He cites evidence that ordinary Americans have lost confidence in the ideas, values, and symbols of their own civilization.  The critics, though, have lots of confidence in theirs.  Though they are a minority, their ideology is prevailing, since few people in the majority have the cultural confidence to stand up to them.   The newly-found confidence of the hard left–which had been demoralized itself in the aftermath of the Cold War–heralds the emergence of a very different kind of society, one that is totalitarian, collectivist, and opposed to individual liberty, once our civilization has killed itself off. 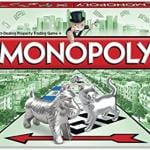