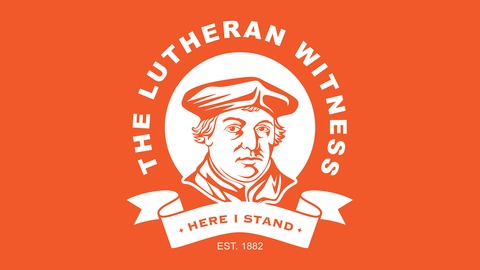 One of the writers is me.  I’ve been writing a monthly column on current events for the hard copy magazine, often drawing on material that I’ve discussed here at the Cranach blog.  But for the Lutheran Witness blog, I’ll be posting something each week on different topics than appear here.  (Those posts will later be pulled together for the column when the Lutheran Witness goes to press.)

Among my recent posts is Co-Parenting:  Strangers Having and Raising Children Together, about the new trend of men and women getting together to have a baby, not just without being married but without having any kind of relationship whatsoever.  Once the baby is born, both parents contribute financially and are involved in the child’s life, as in an amicable divorce with joint custody.  Only without the baggage of either a marriage or a relationship.

I write, “This new lifestyle trend is called ‘co-parenting.’ ‘Cohabiting’ means couples live together without marriage. ‘Co-parenting’ means couples have children together without living together.”  Co-parenting is an alternative to single motherhood and a recognition that children need both parents.  “But children also need to be raised by a mother and a father who love each other. Children need to be part of a loving, committed family.”

I also have a post Prospects for a Coronavirus Awakening?  about a surge of video church watching and interest in Christianity reported in the very secularized nation of Great Britain due to the pandemic, discussing whether the same phenomenon is happening here.

I also have a series of posts on the recent Supreme Court decisions, including the Supreme Court Makes LGBT Agenda a Civil Right (in which the language forbidding discrimination on the grounds of “sex”–which in 1964 referred to males and females–was expanded to refer to sexual desires and gender self-identity).  I also have a post that details The Existing Legal Protections of Religious Liberty.

Other regular writers include John Pless, the esteemed theology professor at Concordia Theological Seminary , who has posted a fascinating account of the confessional theologian who battled the Nazis and the Unionists: Herman Sasse:  Courage for Confession. (By the way, order the new book by Prof. Pless, Faith in the Shadow of a Pandemic.)

Rachel Bomberger, the previous editor of the Lutheran Witness, has a wonderful post about going back to church–though a parking lot service–after weeks of watching services on the internet due to the COVID-19 shutdown:  Of Parking Lots and Catacombs.

William Weedon, the pastor who did such a good job of explaining Lutheranism on that evangelical video, has a post entitled  Treasury of Daily Prayer:  A COVID Lifeline.

Pastor and prolific author Bryan Wolfmueller unpacks what it means to say Jesus Is Lord.

Also, the Lutheran Witness Blog includes series of posts on various topics.  Trevor Sutton, with whom I collaborated on Authentic Christianity:  How Lutheran Theology Speaks to a Postmodern World, has a series on Technology and Theology.  And Fort Wayne seminary professor Adam Koontz has a series entitled Our Problems; God’s Answers.

And in addition to these regular writers, the blog also publishes posts by other authors, such as my son-in-law Ned Moerbe who contributed The Failure of the Idol of Science.

They are even inviting readers to submit something for the blog and the magazine.

And as if all of this were not enough, you can even get the articles as podcasts.

There are so many writers and so much material that you can find yourself completely absorbed in the site.  So visit Lutheran Witness online, bookmark it, and add it to your daily internet regimen. 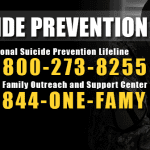 August 4, 2020 The Lutheran Way of Resistance & the American Revolution
Recent Comments
0 | Leave a Comment
Browse Our Archives
get the latest from
Cranach
Sign up for our newsletter
POPULAR AT PATHEOS Evangelical
1