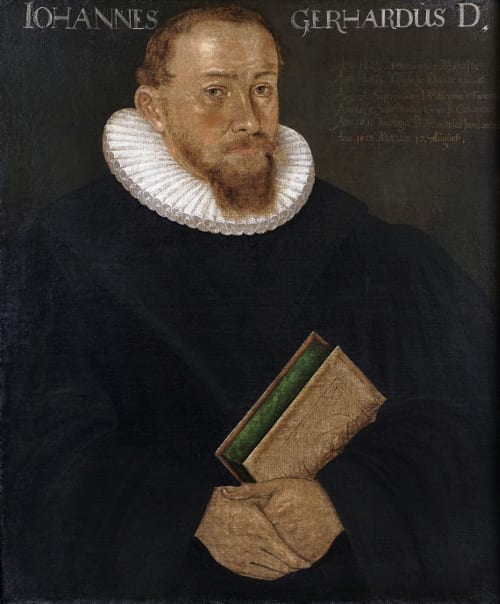 We Lutherans have problems with the scholastic theologians of the Middle Ages, the greatest of whom was St. Thomas Aquinas.  Though he had some good things to say–he has a writing featured in the Treasury of Daily Prayer–he is too Aristotelian and too rationalistic, qualities that led him away from Biblical truth.

And yet, I have to say that Aquinas and his method are quite impressive.  In his Summa Theologica, Aquinas breaks down just about every theological concept and analyzes it with exhaustive logical rigor.  Consider, for example, his treatment of the existence of God.  He first gives the “Objections” to whatever he is affirming, in this case the existence of God (that is, in this case, the reasons for thinking God does not exist).  He then states his position (“On the contrary. . .”), gives logical support for that position (“I answer that. . .”), and then answers each of the objections, showing why each of them is invalid.

Each article thus includes a debate, just as scholastic education in the universities was organized around “disputations.”  Both sides of each question are presented.  In our “sport” of debate, participants learn to argue both sides of any question, which is a good way of learning about logic and argumentation.  But Aquinas takes the next step, which we sometimes neglect, of weighing the contending arguments and coming out on the other side with a definite conclusion.  Aquinas employs “reason” to a far greater extent than the Enlightenment thinkers of the “Age of Reason” ever did.  (The difference is that Aquinas also saw the necessity of revelation.  We can know by reason that God exists, he said, but we can know very little about Him and His disposition to us, unless He reveals Himself to us. The Enlightenment thinkers, in a reductionistic parody of the Reformation solas, wanted to reduce everything to reason alone.)

Anyway, I have wished there could be a Protestant Aquinas, someone who uses something like his rigorous, systematic method in the service of a more Biblical theology.  Well, I didn’t know at the time about the Lutheran scholastics of the 16th and 17th centuries, the greatest of whom was Johann Gerhard (1582-1637).

Concordia Publishing House has been publishing English translations of Gerhard’s Theological Commonplaces and other writings, a project, under the general editorship of Benjamin Mayes, that when finished will consist of 18 volumes!

He proceeds by giving his “thesis” (what he believes and will argue for), followed by the “antithesis” (the arguments against it, along with his response).  He then raises “questions” (questions that arise about the concept, along with his answers to them), and concludes with “Practical Use” (explaining why this concept is important to the life of the Christian).  He does not always follow this structure in a mechanical way–depending on the concept he may proceed by dividing and distinguishing the terms–but the thesis/antithesis/questions/practical use approach can still be seen in the background.

This is a similar method to that of Aquinas, but it keeps Gerhard from getting too theoretical and abstract.  As he put it, he strove to present theology “nervose, solide et copiose”  (energetically, solidly, and copiously).

This Lutheran scholasticism differs from Medieval scholasticism also in its use of Scripture.  In fact, the first volume of Gerhard’s Commonplaces is On the Nature of Theology and Scripture.

Having established that, he goes on to On the Nature of God and on the Trinity.  Here he begins with what the Bible says about God.  He affirms that there is a natural knowledge of God–on the basis of Scripture–but he stresses that knowing there is a God is not the same as faith in God.  In the course of that discussion and the subsequent ones about the attributes of God and the nature of the Trinity, he breaks down and resolves difficult issues and contentious controversies in a lucid, illuminating way.

You will also want to read On Christ.

Also On Justification through Faith.

Also On Creation and Predestination.  Get that tangled issue all sorted out.

Also On Sin and Free Choice.  On the Law.   On Good Works.  On the Church.

Gerhard has two volumes on the Ministry that today’s pastors can benefit greatly from:  Part I  (which “deals especially with ministers of the church: their necessity, call, ordination, transfer, removal, and the like”) and Part II (which “deals especially with grades of ministers, marriage of the clergy, and duties including preaching, administering the Sacraments, church discipline, care of the poor, and visitation of the sick”).

These volumes from “the Age of Lutheran Orthodoxy” define what Lutheran orthodoxy consists of.  These volumes of Gerhard deserve to be collected and placed next to the Collected Works of Luther in every pastor’s study.

Now the Lutheran scholastics have been derided by the later Pietists as advocates of “dead orthodoxy.”  That charge is unfair, and it certainly cannot be applied to Johann Gerhard, who was the author not only of these doctrinal studies but was also the author  of a series of Meditations that in their devout fervor, poetic imagery, and profound insight outdo the Pietists when it comes to genuine Christian piety.  In fact, Gerhard’s meditations have been translated into a good number of the languages of the world and are appreciated far beyond the bounds of Lutheranism–by Puritans, Anglicans, Catholics, evangelicals, the Reformed, and even later pietists.  If you hunger for “spirituality” and a deeper personal devotion, read Meditations on Divine Mercy.

UPDATE:  You can save $18 per volume by subscribing to the series.  Go to this link.

July 13, 2020 The Art of the Cranachs
Recent Comments
0 | Leave a Comment
"To the extent to which the founders were white supremacists, and being an abolitionist did ..."
Curt Day Civil Rights as the Fulfillment of ..."
"Gee, I wonder what you could possibly do to spare yourself from such a waste ..."
Steve Bauer The Lutheran Way of Resistance & ..."
"Which will be a good thing overall.We will have a better culture & society with ..."
Alan Drake Cultural Suicide
"Children from infants to age 16 do almost no economically productive work, many do none ..."
Alan Drake Cultural Suicide
Browse Our Archives
get the latest from
Cranach
Sign up for our newsletter
POPULAR AT PATHEOS Evangelical
1