Civil Rights as the Fulfillment of the American Founding

Civil Rights as the Fulfillment of the American Founding August 5, 2020 Gene Veith 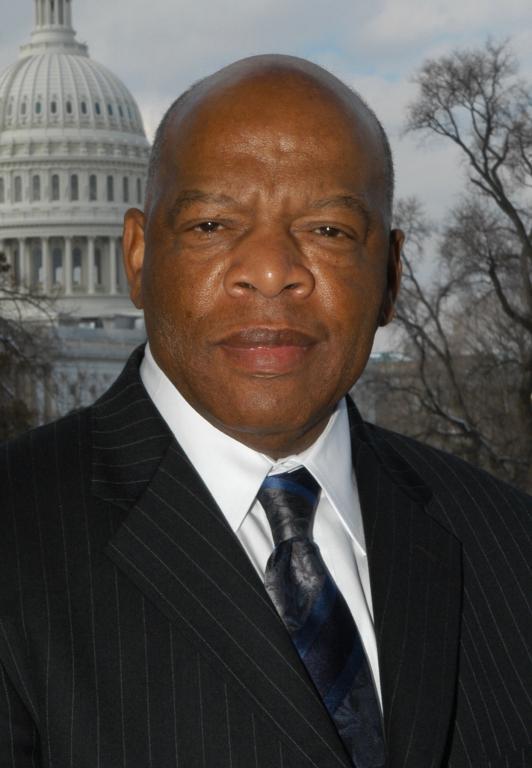 The Black Lives Matter protests have seemingly turned against America’s founders, with some protesters tearing down their statues and the New York Times insisting that, since America is intrinsically racist, the true founding was 1619 when the first slaves were brought to Virginia.

But the crusaders for civil rights for black Americans did not think that way.  They believed that their cause was the fulfillment of the American founding, so that the promises of the Declaration of Independence and the Bill of Rights would finally apply to everyone.

Conservative columnist Marc Thiessen, reflecting on the memorial services for civil rights icon Rep. John Lewis, points that out and quotes his words and those of Martin Luther King, Jr.  (My bolds.)  From Marc A. Thiessen, The fight for civil rights isn’t a rejection of America’s founding:

In his “I Have a Dream” speech, the Rev. Martin Luther King Jr. appealed to the ideals of the American founding. He declared, “When the architects of our republic wrote the magnificent words of the Constitution and the Declaration of Independence, they were signing a promissory note to which every American was to fall heir.” Our founders made a “promise that all men, yes, black men as well as white men, would be guaranteed the ‘unalienable Rights’ of ‘Life, Liberty and the pursuit of Happiness.’ ” He had come to Washington, he said, “to cash . . . a check that will give us upon demand the riches of freedom and the security of justice” so that “one day this nation will rise up and live out the true meaning of its creed: ‘We hold these truths to be self-evident, that all men are created equal.’ ”

Lewis, the youngest speaker at the March on Washington, echoed King’s sentiments in his address that day. “I appeal to all of you to get into this great revolution that is sweeping this nation,” he said. “Get in and stay in the streets of every city, every village and hamlet of this nation until true freedom comes, until the revolution of 1776 is complete. We must … complete the revolution.”

They saw the fight for civil rights not as a rejection of the American founding but as the necessary next step for its fulfillment and completion. They did not simply argue that racism was unfair; they argued that racism was un-American.

That is a message King kept preaching until his last moments on earth. In a speech the night before he was killed, King appealed to our founding principles, and argued that it was Bull Conner who was violating them. “If I lived in China or even Russia, or any totalitarian country, maybe I could understand some of these illegal injunctions,” King said. “Maybe I could understand the denial of certain basic First Amendment privileges, because they hadn’t committed themselves to that over there. But somewhere I read of the freedom of assembly. Somewhere I read of the freedom of speech. Somewhere I read of the freedom of press. Somewhere I read that the greatness of America is the right to protest for right.” King said the goal of the civil rights movement was to “to make America what it ought to be” by “standing up for the best in the American Dream and taking the whole nation back to those great wells of democracy, which were dug deep by the Founding Fathers in the Declaration of Independence and the Constitution.” The next day, he was felled by an assassin’s bullet.

August 4, 2020
The Lutheran Way of Resistance & the American Revolution
Next Post

August 6, 2020 Conservative Theologically, but Liberal Politically
Recent Comments
0 | Leave a Comment
"Kerner,what you miss in your documentation is what could be perceived prior to the Revolutionary ..."
Curt Day And Now, Book Burning
"I'm sure you're right: Harper Lee's narrator and self-stand-in Scout was a young white child ..."
Amaryllis And Now, Book Burning
"Kerner,Again, it is about perception. There were two trials before the war, movements, and interpretations ..."
Curt Day And Now, Book Burning
"Lol...yeah I have heard 'secularist' Cannabis growers and their nonsensical blatherings regarding 'religion'. No really, ..."
Stryker Count von Zinzendorf Did Not Lead ..."
Browse Our Archives
get the latest from
Cranach
Sign up for our newsletter
POPULAR AT PATHEOS Evangelical
1