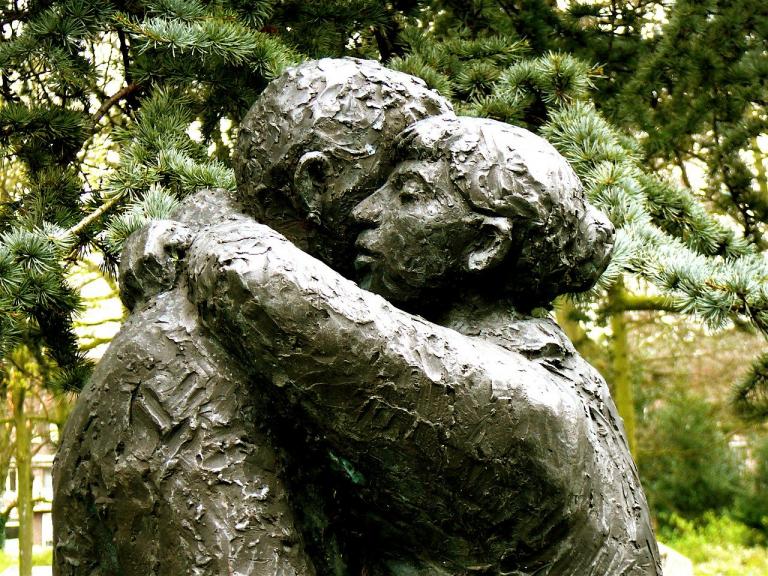 In today’s secular climate, there is no forgiveness.  A transgression a person has done decades ago, even as a child, can be brought up to destroy that person’s reputation and career today.  Despite any positive accomplishments or virtuous contributions to society, the sins of historical figures outweigh them and can never be atoned for.  Politics is an exercise in putting the worst construction upon everything and getting back at one’s opponents in a tit-for-tat cycle of retribution.

Somehow, though, there needs to be a mechanism for dealing with transgressions.  Punishment is one way, of course, and a convicted criminal who has served a sentence in prison was said to have “paid his debt to society” and offered a fresh start.  Though I don’t know that released prisoners are given that fresh start today.  And most violations fall short of being criminal, though that doesn’t prevent retaliatory attempts to criminalize them.

Christianity teaches that Christ atones for the sins of the world so that God forgives.  That is the Gospel, the good news of salvation.  Such forgiveness gives us access to the eternal Kingdom of Heaven.  The Kingdom of this world, though, is governed by the Law, with its demands for justice and its legal punishments.  But can’t there be forgiveness in this world–in our personal relationships, our secular activities, and our political life–as well?

The Acton Institute’s Jordan Ballor and Hillsdale Classics Professor Eric Hutchinson have written a fascinating essay on this topic for Law & Liberty entitled Forgiveness as a Political Necessity.

It’s a wide-ranging discussion, drawing on the theme of forgiveness in the musical Hamilton (a wonderful play that you can now watch at Disney+) and in the Danish Lutheran theologian Niels Hemmingsen. I urge you to read it all, but I was most taken by the comments of the 20th century Jewish thinker Hannah Arendt, who has written perceptively about totalitarianism and political oppression.  A sampling:

In The Human Condition, Hannah Arendt remarks that “the discoverer of the role of forgiveness in the realm of human affairs was Jesus of Nazareth.”. . .

Without forgiveness, we are left with an endless cycle of retribution that comes (and come it does) for everyone sooner or later.

By denying the past qua past, mere retribution destroys the present as well. Arendt puts it this way: “Without being forgiven, released from the consequences of what we have done, our capacity to act would, as it were, be confined to one single deed from which we could never recover; we would remain the victims of its consequences forever, not unlike the sorcerer’s apprentice who lacked the magic formula to break the spell.”

Arendt expands on this idea later. “Forgiveness,” she says, “is the exact opposite of vengeance.” Why? Because forgiving:

is the only reaction which does not merely re-act but acts anew and unexpectedly, unconditioned by the act which provoked it and therefore freeing from its consequences both the one who forgives and the one who is forgiven. The freedom contained in Jesus’ teachings of forgiveness is the freedom from vengeance, which incloses both doer and sufferer in the relentless automatism of the action process, which by itself need never come to an end.

Nothing is more purely reactionary than vengeance. Forgiveness, on the other hand, is the only reaction that is also a new action; it makes an end so that it can make a beginning. . . .

A society without forgiveness is like hell on earth. This is as true for societies on a smaller scale like marriage as it is for larger political communities. Marriages that last all have one thing in common: spouses that extend forgiveness to one another rather than withholding it. This kind of forgiveness is by no means the manifestation of a cheap grace. It is instead a grace, as Angelica Schuyler Hamilton describes it, “too powerful to name.” For Christians, forgiveness is only possible because of the costliest sacrifice imaginable.

I don’t think we can require forgiveness, as in the church that accepted back a philandering husband because he said he was sorry, while excommunicating the aggrieved wife because she would not forgive him.  Forgiveness is always a free gift.  So I’m not saying that the Black Lives Matter protesters should forgive the slave owners and racists.  I’m just saying that the grace to forgive someone is a beautiful thing to behold and is the one way forward.