Will You Be Voting for Russia or China? 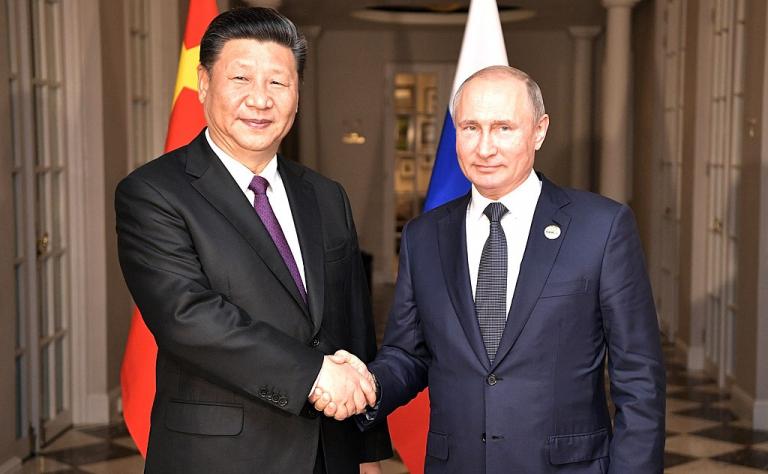 Our political campaigns have traditionally been built around the “two-party system,” those parties being the Democrats and the Republicans.  But this year we will also have two parallel contending campaign organizations:  Russia and China.

According to a U.S. intelligence finding on foreign interference into the presidential election, Russia will be working for Trump’s re-election and China will be helping Biden.

The US intelligence community’s top election security official said in a statement Friday that China “prefers” an outcome where President Donald Trump is not reelected in November and Russia is working to “denigrate” former Vice President Joe Biden’s White House bid.

“We assess that China prefers that President Trump — whom Beijing sees as unpredictable — does not win reelection,” said William R. Evanina, director of the National Counterintelligence and Security Center, in a statement updating the election threat landscape heading into the November election.
“China has been expanding its influence efforts ahead of November 2020 to shape the policy environment in the United States, pressure political figures it views as opposed to China’s interests, and deflect and counter criticism of China.”
“We assess that Russia is using a range of measures to primarily denigrate former Vice President Biden and what it sees as an anti-Russia ‘establishment.’ This is consistent with Moscow’s public criticism of him when he was Vice President for his role in the Obama Administration’s policies on Ukraine and its support for the anti-Putin opposition inside Russia,” Evanina added.
Evanina also stated that Iran is seeking to “undermine US democratic institutions, President Trump, and to divide the country.”

Ahead of the 2020 U.S. elections, foreign states will continue to use covert and overt influence measures in their attempts to sway U.S. voters’ preferences and perspectives, shift U.S. policies, increase discord in the United States, and undermine the American people’s confidence in our democratic process. They may also seek to compromise our election infrastructure for a range of possible purposes, such as interfering with the voting process, stealing sensitive data, or calling into question the validity of the election results. However, it would be difficult for our adversaries to interfere with or manipulate voting results at scale.
Many foreign actors have a preference for who wins the election, which they express through a range of overt and private statements; covert influence efforts are rarer. We are primarily concerned about the ongoing and potential activity by China, Russia, and Iran.
[Keep reading. . .]

Maybe China and Iran’s anti-Trump, pro-Biden efforts and Russia’s pro-Trump, anti-Biden efforts will cancel each other out.  But it’s a sad state of affairs when hostile foreign governments presume to manipulate American democracy.
Remember this shadow campaign when you see ads on Facebook, campaign talk on social media, and memes that have gone viral.  Consider their possible source.
Also, if Biden wins, he had better get ready for impeachment hearings about his campaign’s involvement with China.
Photo:  President Xi Jinping of China and President Vladimir Putin of Russia by Kremlin.ru / CC BY (https://creativecommons.org/licenses/by/4.0) via Wikimedia Commons

August 10, 2020
Why Aren't the Other Slavers Getting Cancelled?
Next Post

August 12, 2020 Forgiveness vs. Retribution
Recent Comments
0 | Leave a Comment
Browse Our Archives
get the latest from
Cranach
Sign up for our newsletter
POPULAR AT PATHEOS Evangelical
1