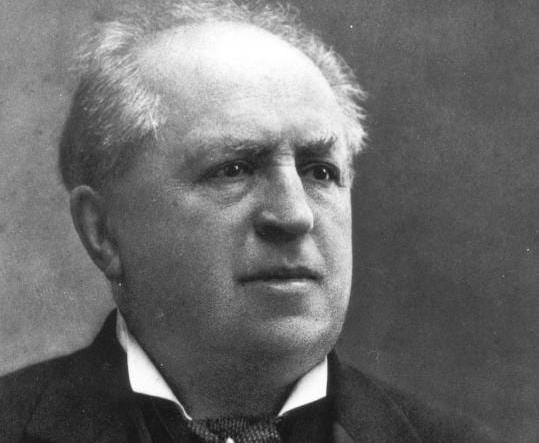 Abraham Kuyper (1837-1920) was a Dutch neo-Calvinist theologian who was one of the pioneers of “world-view” thinking.  He was also a statesman who served as Prime Minister of the Netherlands (1901-1905) and whose political thinking was widely influential in Europe.

Francis Schaeffer popularized Kuyper’s ideas in the United States.  The notion that Christianity entails a “world-view”–assumptions about human beings, the nature of life, and reality itself–showed how Biblical truths could be applied to all facets of life, beyond just the “religious.”  And the analysis of alternative world-views (such as materialism, romanticism, existentialism, Eastern monism, etc.) influenced a generation of Christian scholars and cultural critics (including myself).

Schaeffer, channeling Kuyper, also inspired Christian political involvement.  Schaeffer exposed the evil of abortion–something evangelicals such as Southern Baptists used to support–which led to a surge of evangelical activism.  Schaeffer is often credited or blamed for the rise of the Christian Right.

And yet Kuyper’s own expression of his Biblical worldview was not right wing politics but the Christian Democratic movement, which would go on to set up the European so-called welfare states.  I blogged about that movement recently, which prompted Hunter Baker, a fellow Christian academic whom I’ve known for a long time, to sent me an article that he had written about the subject in 2017.

I described that movement in my post as “conservative theologically but liberal politically.”  That, of course, is a simplification.  The Christian Democrats were and are conservative culturally and morally, but they embraced “liberalism” in the sense of the root meaning of freedom, advocating personal freedom, free markets, and democracy over and against the European tradition of autocracy.  In that they would be much like American conservatives.  But the Christian Democrats also believed that the government should do things to actively help its citizens–as opposed to the American conservative’s desire for limited government–resulting in policies such as national health care and other government-provided benefits.

Hunter, a professor of political scientist at Union University, goes deeper into the theories behind the movement.  He discusses what he calls the four basic principles of Christian Democracy:  “personalism, solidarity, subsidiarity, and vertical pluralism.”  (Read the article for what each of those concepts means.)  I would like to highlight, though, his summary of Kuyper’s political beliefs.

From Hunter Baker, The Birth of an American Christian Democratic Party, from Modern Age (Fall, 2017), a publication of the Intercollegiate Studies Institute (a conservative academic organization):

Abraham Kuyper led the Anti-Revolutionary Party in the Netherlands in the late nineteenth and early twentieth centuries. The revolution to which the name referred was the French Revolution, with its aggressive secular statism. The defense against expansive secularism is one of the first things to understand about the Christian Democracy movement that emerged from thinkers such as Kuyper and promoters of Catholic social thought with whom he found common cause on this front. On one level, opposing secularism is a matter of religious faith and of ideology, but in another sense it is an activity conducted with concrete interests in mind. Kuyper, for example, was eager to protect Christian schools and to prevent them from being shut out by a monolithic, secular state educational system.

The agenda of Christian Democracy has been far larger than simply resisting the accumulation of power by secular socialists, however. The movement has also sought to offer something better for human flourishing than a laissez-faire liberalism that results in atomization and widening social distance between classes. Thus, Christian Democrats work to find a middle path that will protect Aristotle’s two sides from each other via a strategy of concord. . . .

His examples of imbalances are instructive. In the areas of civil and criminal law, Kuyper noted the tremendous advantage wealthy defendants have over common persons. Were Kuyper observing the modern American scene, he would likely have something to say about our heavy reliance on incarceration and the effect of felony records on drug offenders. Likewise, expensive regulations or taxes on property can make it too expensive for “the little man” to hold property, thus creating further opportunities for the rich. Kuyper also pointed to badly constructed welfare laws that leave the poor worse off and an educational system that allows “people of means” to rear their children according to their beliefs while leaving the poor to compulsory state schooling. . . .

We see a desire for strong aid to the poor in the justice system, a concern that some regulation actually tilts the playing field toward the wealthy, and a recognition of the ways in which state education can be oppressive. . . .

Christian Democracy. . .began as an attempt to provide an alternative to the materialism of both laissez-faire liberals and socialists. Christian Democrats hoped to combat the binaries of state/individual or individual/state with a mediating philosophy that could do justice to the different parts of society and its different ways of life as well.

Hunter sees Christian Democracy as a centrist political movement–not just a middle way between existing liberalism and existing conservatism, but a distinct political philosophy in its own right that can have a moderating and unifying affect.  There are many such parties in Europe, including that headed by Germany’s Angela Merkel, though many–but not all–have lost their distinctly Christian identity  He discusses the prospects for an American Christian Democracy party.  (There now is one, the American Solidarity Party.)

I would like to pose a different question:  What if President Trump, the Republican party, and conservatives in general lose in a landslide in November’s election?  I suspect that the Republican party would then try to re-invent itself.  Might it do so along the lines of Christian Democracy?

Already, Republicans–under the under-appreciated influence of Donald Trump–have pulled away from laissez faire free market economics in favor of economic nationalism and policies that help American workers.  They have also, less fortunately in my opinion, pulled away from balanced budgets and limits on government spending.  With the coronavirus epidemic, conservatives, along with businesses and Americans at all income levels, seem to have accepted the principle of government bailouts, as we eagerly await our stimulus checks.  Are Republicans and Americans in general becoming more open to being dependent on the federal government and thus more open to becoming more of a “welfare state”?

Christians, both evangelicals and Catholics, seem to be reconsidering their political allegiances.  Not just out of frustrations over Trump–who has nevertheless supported their interests–but because their identification with right wing politics has turned much of America against them, having a negative impact not only on their standing but on their evangelistic efforts.   And yet, I believe that conservative Christians will not give up their pro-life and other moral commitments.

Might Christian Democracy provide a way forward, one that might have broader electoral appeal than our traditional right wing politics?  Might the Republicans become, in effect, America’s Christian Democratic Party, though doubtless under a religiously more-inclusive name?

I am not advocating this, necessarily.  I myself still hold to Constitutionalism, limited government, and a more libertarian approach to economics, though I’m intrigued by these other possibilities.  But I also want to think all of this through in terms of Lutheran Two Kingdoms theology.

Do you think we might we see a revival of Kuyperian politics? 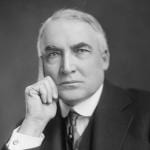