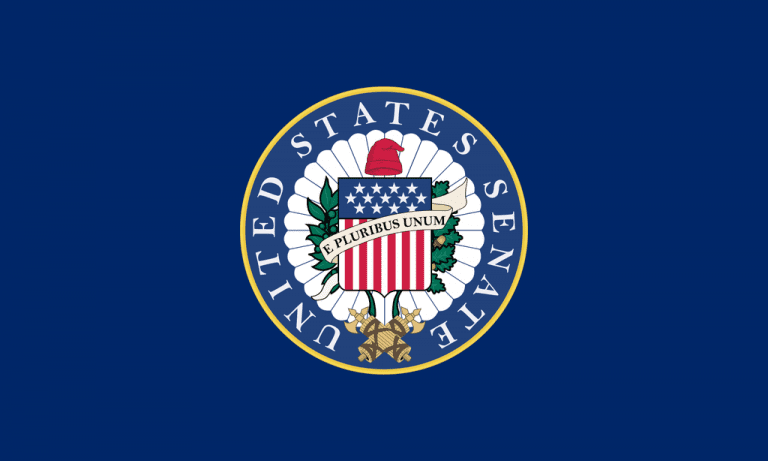 If the Senate gets into the habit of packing the Supreme Court, our Constitutional government–with its three independent branches that check and balance each other–would cease to exist.

For conservatives, Amy Coney Barrett would be the Supreme Court justice of their dreams.  She is Roman Catholic and evangelical, holds to conservative legal theory, and is openly pro-life.  For those same reasons, she would be the liberals’ worst nightmare.  Her confirmation will make it more likely that, if Democrats win the Senate and the presidency to, they will carry out their threat to add more justices to the court to create a liberal majority.

So, say a new Democratic Senate abolishes the filibuster and votes to increase the number of Supreme Court justices, which can be done by simply changing a federal law.  They change the size of the court from 9 to 15 and confirm 6 new justices, thus giving liberals a 9 to 6 majority.

But then what happens in a few years when Republicans regain the Senate and the presidency?  The Republican-led Senate will feel obliged to pack the court in their favor.  They could increase the number to 21, appointing their six and giving conservatives a 12 to 9 majority.  Then in a few years when the Democrats take back control, they could increase the size of the court to 27.  And so on, ad infinitem.

The Supreme Court would be transformed into a large deliberative body, not unlike the legislative branch.  Arguing a case before the Supreme Court would become less like a court proceeding before judges and more like the Greek citizen making a plea to the Athenian assembly.  Imagine a legislature in which new politicians could be elected, but the old ones never leave.  That would be the Supreme Court, since justices serve for life.  The unwieldiness of such an institution would be ill-suited to the judicial task, which has traditionally been a scholarly venture in interpreting the law, turning it instead into another political institution.

Even worse, the Supreme Court would be turned into an auxiliary to the Senate.  This would destroy the Constitution’s balance of powers.  If the Senate can determine the make-up of the court according to which ever party is in the majority, it will control the Supreme Court.  In effect, there would no longer be three branches of government, only two.

This would increase the power of the Senate so much that it would far eclipse the House of Representatives.  And it would make the Senate more powerful than the Executive Branch, since its subsidiary Supreme Court could vacate any measures the Senate disapproves of.  The leader of the government would, in effect, no longer be the President but the Senate Majority Leader.  Who is not elected by the people but is chosen by the majority power in this, our most undemocratic governing body.

To be sure, whoever is President would still have the power to nominate new justices.  The Senate could always decline to confirm the nominees if the president is of a different party.  In a court composed of such a large number of justices, vacancies would hardly be noticeable.

Those of us who believe in limited government have been concerned about the increasing power of the President and the Executive Branch, wanting the Legislative Branch to regain at least some of its former strength.  But an all-powerful Senate simply shifts ruling branch and makes the problem worse.  The point is, the Senate taking over the Supreme Court would end the checks and balances that are at the essence of Constitutional government.

There would be no one to check the power of the Senate.  Its Supreme Court could nullify any actions of the Executive Branch and any previous laws the ruling party disapproved of.

It would also end the rule of law.  Instead, the law itself would be at the mercy of political dictates.

Haven’t we come to that point already with the 9 justices, as confirmation hearings become more and more politicized?  Well, we have arguably sown the seeds for this kind of dissolution of our Constitutional government.  Indeed, all of these possibilities would be quite Constitutional.  We might wish that the Founders, wise as they were, would have fixed the number of Supreme Court justices.  One could say that if all of this happens, the Constitution dissolved itself due to that one oversight.

Then again, the Constitution was written in a time when citizens of all sorts acknowledged objective principles of law, justice, and authority.  They did not assume, as is common today on all sides, that power is the only political reality.  It may be that we no longer have the worldview for Constitutional government.

September 25, 2020
Count von Zinzendorf Did Not Lead a Vampire Sex Cult
Next Post

Dave Rubin: Why I'm no longer...
Unbelievable?
Books by This Author Books by Gene Veith