Count von Zinzendorf Did Not Lead a Vampire Sex Cult 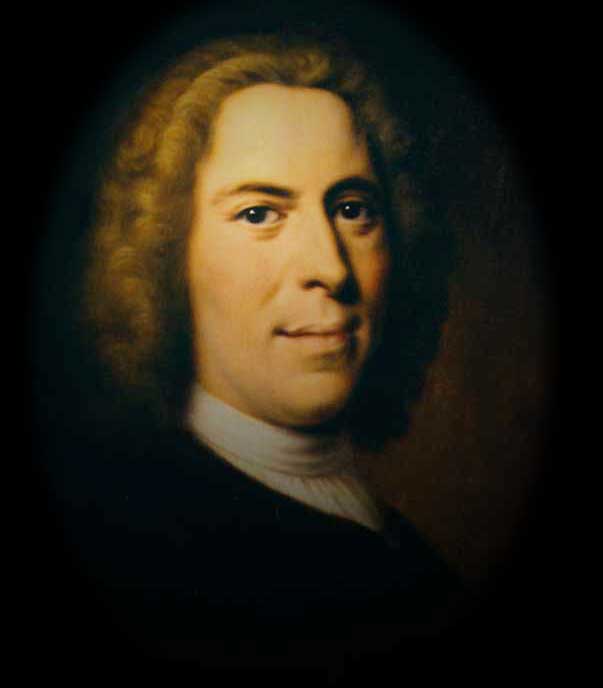 As secularism and religious illiteracy increases, Christianity will be seen as more and more exotic.  And weird.

Christians have a ritualistic meal in which they think they are eating Christ’s body and drinking Christ’s blood–that’s cannibalism!  (So charged the Roman Empire when persecuting Christians.)  Christians say Jesus rose from the dead–so he’s like, a zombie!  (So said a commenter on this blog.)

An almost comical example of getting a Christian teacher all wrong is the second episode of Van Der Valk, a British mystery about a Dutch detective airing on Masterpiece on PBS.  (You can watch it for free here.)  The Amsterdam police are investigating a sadomasochistic “vampiric” murder.  Their leads take them to a research library that specializes in “spirituality,” including a collection of “medieval religious erotica” that somehow seems to be involved.

A scholar named Lionel VEITH is giving a lecture on a book he has written about Count von Zinzendorf.  (“Veith”!  That’s the first time I have come across my uncommon name in a work of fiction since my childhood when I found it as the name of the villain in a Batman comic book!)  This Dr. Veith (pronounced and spelled the same, according to the closed captions) was saying how von Zinzendorf  “worshiped the wounds of Christ.”  He later said that his followers engaged in some bizarre “sexual practices.”  Detective Van der Valk and his team used all of this as clues for unravelling the mystery.

Since the name of Zinzendorf was traduced and since my own name was dragged into it, I feel called upon to offer some corrections and explanations.

Nikolaus Ludwig von Zinzendorf  (1700-1760) was a Lutheran Pietist.   An important figure in 18th century Christianity, Zinzendorf was a founder of the Mission Movement, which would become so important especially in Scandinavian Lutheranism, an anti-slavery activist, and a missionary to the slaves of the West Indies and to Native American tribes in the United States.  His followers became known as Moravians, which is now a distinct denomination.

Now we Missouri-Synod Lutherans hold more to the Lutheran orthodoxy of the 17th century and are often critical of Pietism as being overly subjective and promoting a legalistic lifestyle.  The early Pietists promoted a deeply personal faith and an intense, emotional devotional life that was a reaction against what was perceived as an overly-intellectualized religion.  But some of the Pietists were quite orthodox as Lutherans, though others would drift into anti-sacramentalism and opposition to the institutional church. Zinzendorf affirmed the Augsburg Confession, but he drifted away from Lutheranism as such and, again, his Moravians became a separate church body.

But, to return to the PBS mystery, Zinzendorf did NOT “worship the wounds of Christ.”  He did have a high view of the Atonement and wrote much about Christ’s suffering and its relevance for Christians.  For example, he would exhort sinners to hide themselves in the wounds of Christ.  Two of his hymns are in the Lutheran Service Book, the LCMS hymnal, and are quite beloved:  “Jesus, Lead Thou On” (#718) and “Jesus, Thy Blood and Righteousness” (#563), which goes on to say that His blood and righteousness “My beauty are, my glorious dress” (#563).  Some of his vivid, bloody imagery may seem over the top to today’s sensibility, but it was a commonplace of Baroque devotions and can also be found in the Catholic meditations of the time, for example in the poetry of Richard Crashaw and in popular devotions such as those to the Five Holy Wounds of Christ Crucified.

As for his followers engaging in bizarre sexual practices, perhaps the TV-writers were thinking of chastity and reserving sex for marriage.  Such an approach to sex evidently seems perverse and transgressive in today’s sex-obsessed climate.  The Moravians did have congregations that lived in commune-like arrangements.  They shared child-raising responsibilities, but not each other’s spouses!  Zinzendorf had a high view of marriage, considering it a sacrament (contrary to Lutheran orthodoxy), which the Moravians took to heart.

John Wesley was converted to Christianity when he met with Moravians and heard them read from Luther’s Preface to the Book of Romans.  This would lead to Methodism and, later, the evangelistic revivals in America.  Scholars today are seeing the connection between the Pietist awakenings in Europe and the two “Great Awakenings” in the United States.  In fact, many scholars are saying that  the origins of American evangelicalism are to be found not so much with the Puritans as with European Pietists such as Zinzendorf.

So no, Dr. Veith, Count von Zinzendorf did not “worship the wounds of Christ,” nor did he start a sex cult, and when he referred to drinking the blood of Christ, he was not being a vampire.  But he does “have lessons for us today.”

One more fun fact about Count von Zinzendorf:  He was converted by a work of art, a painting of Christ after his torture by Pilate with the caption “”This have I suffered for you” (faith comes by the Word); “now what will you do for me?” (vocation).  The painting was “Ecce Homo” by Domenica Feti.  Read about the painting and what happened here.  Here is the painting: 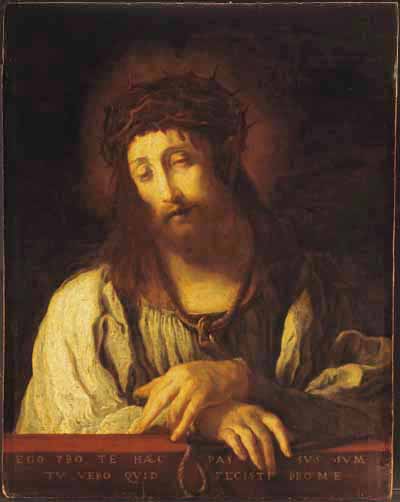 So evidently, art can have an evangelistic effect.  Just don’t count on it in PBS mystery stories.