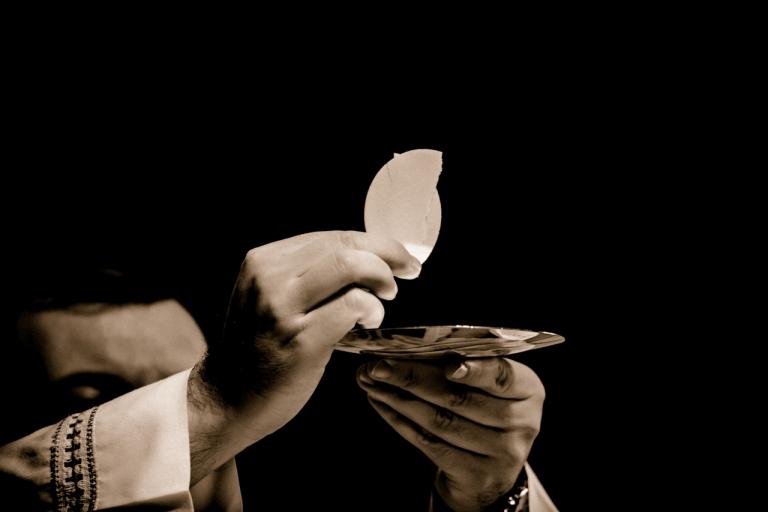 Some Christians, particularly younger adults, are reacting against the emptiness of secularist culture and what they see as the superficiality of American Christianity of both the right and the left by embracing “anti-modern” Christianity, with its sacramentalism, liturgies, and ancient theologies.

These counter-cultural Christians prize Christianity in all its “weirdness”–that is, its mind-blowing supernaturalism–and call themselves “weird Christians.”

That’s the topic of a long article in the New York Times, no less, by Tara Isabella Burton, who describes herself in those terms, Christianity Gets Weird:  Modern life is ugly, brutal and barren. Maybe you should try a Latin Mass.

Many of these self-described “weird Christians,” who have built up a substantial presence online and on social media, have  become hyper-traditionalist Catholics who love the Latin Mass, even if they can only watch it online.  Some, like the author of the article, are Anglicans.  As religion journalist Terry Mattingly points out in his discussion of the article, they can also be found among the Orthodox.  AND, he writes, to my great amusement at reading about my church body, “There are some in the high-church congregations among the Missouri-Synod Lutherans, as opposed to doctrinally progressive Lutheran churches.”

Here are some excerpts from the New York Times article:

More and more young Christians, disillusioned by the political binaries, economic uncertainties and spiritual emptiness that have come to define modern America, are finding solace in a decidedly anti-modern vision of faith. As the coronavirus and the subsequent lockdowns throw the failures of the current social order into stark relief, old forms of religiosity offer a glimpse of the transcendent beyond the present.

Many of us call ourselves “Weird Christians,” albeit partly in jest. What we have in common is that we see a return to old-school forms of worship as a way of escaping from the crisis of modernity and the liberal-capitalist faith in individualism. . . .

They are finding that ancient theology can better answer contemporary problems than any of the modern secular world’s solutions. . . .

Weird Christianity is equal parts traditionalism and, well, punk: Christianity as transgressive alternative to contemporary secular capitalist culture. Like punk, Weird Christianity has its own, clearly defined aesthetic. Many Weird Christians across the denominational and political spectrum express fondness for older, more liturgically elaborate practices — like the Episcopal Rite I, a form of worship that draws on Elizabethan-era language, say, or the Latin Mass, or the wearing of veils to church. . . .

This approach to Christianity may not look or sound like the one most commonly represented in the mainstream media — which tends to focus on either politically conservative white evangelicalism or its more anodyne mainline equivalent. But it’s likely to reflect Christianity’s only viable future in a secular age: as a spiritually saturated rejection of the American political binary and the limited possibilities of a culture that denies transcendence.

Christianity, after all, has been most successful when it’s most demanding. . . .

The Weird Christian movement, loose and fledgling though it is, isn’t just about its punk-traditionalist aesthetic, a valorization of a half-imagined past. It is at its most potent when it challenges the present, and reimagines the future. Its adherents are, like so many young Americans of all religious persuasions, characterized by their hunger for something more than contemporary American culture can offer, something transcendent, politically meaningful, personally challenging. Like the hipster obsession with “authenticity” that marked the mid-2010s, the rise of Weird Christianity reflects America’s unfulfilled desire for, well, something real.

Christianity as “transgressive”!  Christianity as rebellious, as “punk”!  Christianity that does not conform to the dominant culture!  I love that.  This fits with my own spiritual pilgrimage to confessional Lutheranism, old though I am now.  How the needs articulated in this article can be fulfilled in Lutheranism is the subject of my book with Trevor Sutton, Authentic Christianity:  How Lutheran Theology Speaks to a Postmodern World.

So, speaking as someone sympathetic to this movement, indeed as someone who is pretty weird himself, let me offer a friendly response to this article.

I’m glad that old-school Christianity is coming back into fashion.  But beware of adopting a theology or a church practice because of how cool it is.  Fashion, by its very nature, keeps changing, and what is cool at one point of time will go out of vogue a little bit later.  And how counter-cultural is a religion, really, if it becomes fashionable?  The whole point of classical Christianity is that it is timeless.

And don’t adopt a theology or church practice for aesthetic reasons, as a matter of taste, because you “like” it.  That too is shifting sand.  To be sure, beauty and sublimity are significant.  We are told to “worship the Lord in the beauty of holiness” (Psalm 96:9; KJV).  That’s different from the holiness of beauty.  Look for holiness and look for truth.

I do think the “weird Christians” I’ve seen on line know that.  They seem committed not just to the aesthetics of historic Christianity but to the doctrines and the morality.  They are very pro-life.  And yet, the article shows a political agenda too, a critique of “capitalism” and conservative Christians’ alleged allegiance to the Republican party.  The weird Christians in the article want to follow Catholic social teachings and some of them belong to the American Solidarity Party, which is liberal when it comes to economics, the environment, and peace issues, but conservative when it comes to life issues, sexual morality, and family values.  I would just say that any entanglement of Christianity with politics–other than the civic involvement of individual Christians in their vocation of citizenship–is likely to compromise the Church.  Weird Lutheranism could help them in sorting out that issue.

Actually, ALL Christianity is intrinsically “weird” in this good sense.  A God who becomes a man and who takes into Himself the sins and griefs of the world and saves us by dying on a cross and rising again?  How weird is that?  All Christians who affirm this supernatural faith–whether they are called Catholic, Orthodox, Confessional, or Biblical–have to be anti-modern, counter-cultural, and transcendent.

Indeed, as I blogged about last year, the evangelical Michael Frost has made the same case in his book Keep Christianity Weird:  Embracing the Discipline of Being Different, as has the Southern Baptist Russell Moore in his podcast, Why Christians Must Keep Christianity Strange. 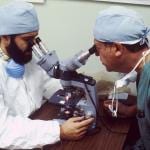 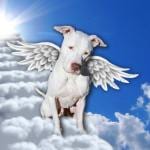 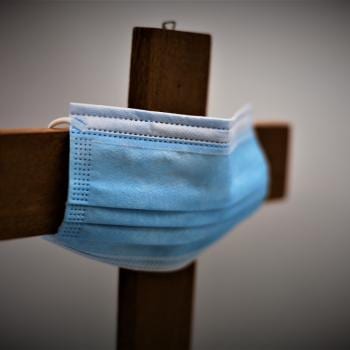