Reforming the Church around the Gospel

Reforming the Church around the Gospel October 30, 2020 Gene Veith 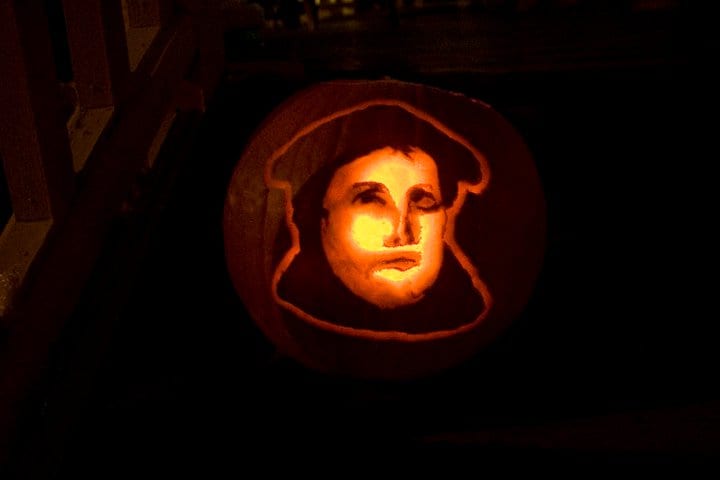 Saturday is not only Halloween–the evening before “All Hallows,” or “All Saints’ Day”–it is also Reformation Day, the anniversary of Martin Luther’s posting of the 95 Theses.

The Reformation was about “reforming” the Church, not “replacing” it with other churches designed from the ground up.  Specifically, the goal was to “re-form” the Church around its “substantial form,” or essence.  That is, what is the defining teaching of the Church, or of Christianity, what distinguishes it from all other religions and gives Christianity its unique characteristics?

The answer is, Christ saves sinners.  That is to say, the Gospel, which refers to the “good news”–that is what “Gospel” means–that the Church proclaims.  So the aim of the “re-formation” was to bring the Church back to its essence, to re-form it around the Gospel.

Not that the Gospel was completely absent from the existing Church.  You can find it in medieval Christian writings.  Luther pointed to its preservation in the Liturgy.  Whenever the “Agnus Dei” was sung, with the words “O Christ, thou Lamb of God, who takest away the sin of the world,” that is a proclamation of the Gospel.  That is a Word of God that the Holy Spirit uses to create faith in its hearers.

The same thing happens in Holy Communion–which distributes Christ’s body, broken for you, and Christ’s blood, poured out for the remission of all your sins–and in Baptism and in Absolution and many other places.  The problem is that the Gospel was buried under so many contradictory accretions–the accrual of merits, superogatory or extra works that can be sold to others, Purgatory, indulgences, penitence that is punishment rather than forgiveness, counsels of perfection to be achieved in monasticism, etc., etc.–as well as other preoccupations, such as the Church’s pursuit of political power, turning the sacred into magical talismans to manipulate God, sexual and financial corruption.

Other elements associated with the Reformation were to reinforce the Gospel, especially the authority that upheld it, the Word of God, as opposed to the innovations of the papacy.  But also the Creeds, whose Christology explained why Christ, being the Second Person of the Trinity, could die for us.  Displacing the works that we are, indeed, to do–though not for salvation–away from the monastery into ordinary life, led to the doctrine of vocation.

So what is the state of the Church today?  Does it need re-forming?

According to the 2020 American Worldview Inventory, 52% of those who identify as “Christians” believe that salvation comes from good works rather than from Christ.  Not only that, 41% of evangelicals–a word that comes from the Greek word for “Gospel”–don’t believe in the Gospel.  Among Pentecostals, 46% believe in salvation by good works.  Among Mainline Protestants, the number is 44%.  Among Roman Catholics, the number is 70%, but that at least agrees with their theology.

Not that the Gospel isn’t present in those traditions.  It certainly is, creating untold numbers of faithful Christians.  But, again, the large numbers of people in those churches who look to their own good works instead suggest that, again, the essential message is getting buried.

I am astonished that you are so quickly deserting him who called you in the grace of Christ and are turning to a different gospel— not that there is another one, but there are some who trouble you and want to distort the gospel of Christ.  But even if we or an angel from heaven should preach to you a gospel contrary to the one we preached to you, let him be accursed.  (Galatians 1:6-8)

In fact, the Church’s message today is obscured by the same preoccupations as in the Middle Ages:  the pursuit of political power, turning the sacred into magical talismans to manipulate God–think Prosperity Gospel–and sexual and financial corruption.

October 29, 2020
Blind Willie Johnson on Our Pandemic
Next Post 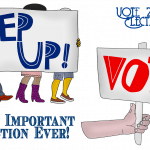 November 2, 2020 The Most Important Election in History?
Recent Comments
0 | Leave a Comment
"First, define "get through this"."
tODD The Prospects for Unity
"It's not about media. The president has his statements documented or even recorded more than ..."
T Freeman The Self-Destructive Triumph of Postmodernism
"We are still talking about Trump and his malevolent influence on the body politic.Imagine my ..."
tODD The Prospects for Unity
"P J O'Rourke:The Republican Party are the party that says government doesn't work and then ..."
John Crockett The Self-Destructive Triumph of Postmodernism
Browse Our Archives
get the latest from
Cranach
Sign up for our newsletter
POPULAR AT PATHEOS Evangelical
1