Why Republicans Are Likely to Win in Georgia and Keep the Senate November 24, 2020 Gene Veith 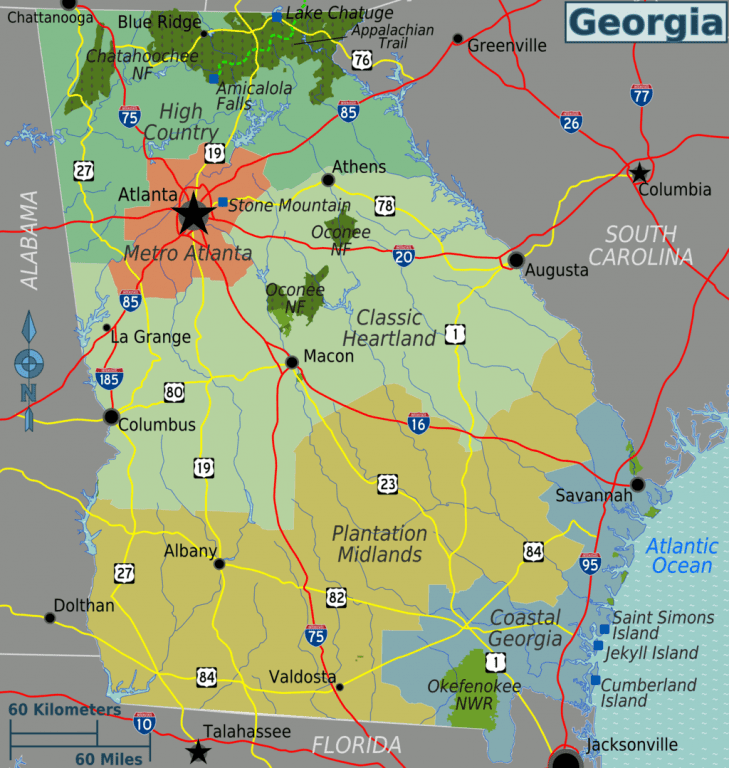 The eyes of the nation are fixed on Georgia, whose two run-off elections on January 5 will determine which party controls the Senate and thus whether the Democrats will be able to govern as unimpeded progressives or be checked and balanced, forcing a more moderate administration.

Right now, the Republicans hold 50 seats and the Democrats hold 48, plus Vice-president Kamala Harris, who serves as the president of the Senate and can vote to break a tie, for the equivalent of 49.  If Democrats win both of Georgia’s races, they will take over the Senate.

Since Democrats already have the House of Representatives and will also have the White House, if the Democrats control the Senate, they will be in position to eliminate the filibuster, grant statehood to the District of Columbia and Puerto Rico, thus giving them most likely four more Democratic Senators for perpetuity, pack the Supreme Court with as many liberal justices as they want, pass the Green New Deal and other expensive legislation, pass socialized medicine, and pretty much whatever else they want to do.

If Republicans keep control the Senate, they will prevent all of that from happening, will use their power of confirmation to keep out radicals from the Cabinet and the courts, and force President Biden to rule as a deal-making moderate.

So tons of outside money are flowing into Georgia in an effort to win those seats.  Democrats are becoming more optimistic.  After all, the final tally, after a recount, gave the state to Biden, though by a margin of only 12,670 votes.  Republicans, once optimistic, are getting worried.

But here is something that I haven’t seen addressed by pundits from either side:  Why Georgia is having run-offs in the first place.  (The numbers that follow come from the state of Georgia’s official election site.)

Yes, Georgia voters went for Biden.  But on the Senatorial part of the ballot that same election night, Republican or otherwise conservative candidates were beating the Democrats by significant margins.

But under Georgia law, the race had to go to a run-off because neither candidate had a majority of the votes.  This is because the Libertarian candidate, Shane Hazel, took 2.32% of the vote, with 115,039.

Now, in a two-way race on January 5, are Libertarian voters likely to vote for the Democrats and the prospect of a more socialist as opposed to a more free market economy?  Yes, Libertarians tend to be pro-abortion, but many–such as standard bearer Ron Paul–are pro-life, especially in the South.  If abortion were their issue, they would have voted for the Democrat.  I suspect the overwhelming number will care more about the Second Amendment, small government, and the agenda of the Republican Freedom Caucus and will vote for the Republican.

As for the other race, an open seat, candidates under Georgia law all have to run together regardless of party.  There is no primary election.  The top two vote-getters, even if they are from the same party, then contend in a run-off.

I don’t know whether Independent candidates were liberal or conservative, but, since the Constitution Party with some following in the South was not on the ballot, I suspect at least some of the Independents were from that arch-conservative perspective.

The Greens can be expected to vote for top Democratic vote-getter, Raphael Warnock, the pastor of Dr. Martin Luther King’s Baptist church. The Libertarians can be expected to vote for the top Republican, Kelly Loeffler.  She had been appointed to the office by the governor to fill the vacancy when Sen. Johnny Isakson resigned for health reasons, which then triggered the special election.

Loeffler is probably the more vulnerable, since she came in at second place with  1,273,214 to Warnock’s first place showing with 1,617,025, a margin of 343,811.  But if the voters favoring the other Republican candidates and a big portion of the Independent and Third Party backers rally behind her, she should still win.

Of course, all of this could go out the window in this unpredictable year.   Biden had 2,474,257 votes to Trump’s 2,461,837.   The Libertarian candidate Jo Jorgensen played the spoiler 62,137, votes that could have turned the state to Trump.

So the state could go for the Democratic senators after all.  But evidently, some people voted for president but not other offices, some split their tickets to vote for a Democratic president and Republican senators, and every possible variation in voting probably happened.  Perhaps the deluge of campaign ads Georgians are facing will persuade them one way or the other, though one other lesson of this election is that vast sums of money often fail to sway voters, as was proven in the re-election of Lindsay Graham (R-SC) and Susan Collins (R-ME).

At any rate, Republicans would seem to have the advantage and should at least pick up one of these seats, which is all they need.

Illustration:  Map of Georgia by Peter Fitzgerald, CC BY 3.0 <https://creativecommons.org/licenses/by/3.0>, via Wikimedia Commons

November 25, 2020 The Crises in the West and in Islam
Recent Comments
0 | Leave a Comment
"I understand how Veith feels about the new President, I've had those feelings for several ..."
Curt Day Inauguration and Vocation
""Happy days are here again, The skies above are clear again, Let us sing a ..."
Tom Hering Inauguration and Vocation
"Among nonbelievers, weren't we already discredited due to their unbelief? And regarding believers, I think ..."
Bike bubbba The Return of Liberal Christianity?
"I find it odd when people say that the Bible says something, but they fail ..."
tODD The Return of Liberal Christianity?
Browse Our Archives
get the latest from
Cranach
Sign up for our newsletter
POPULAR AT PATHEOS Evangelical
1