The Crises in the West and in Islam

The Crises in the West and in Islam November 25, 2020 Gene Veith 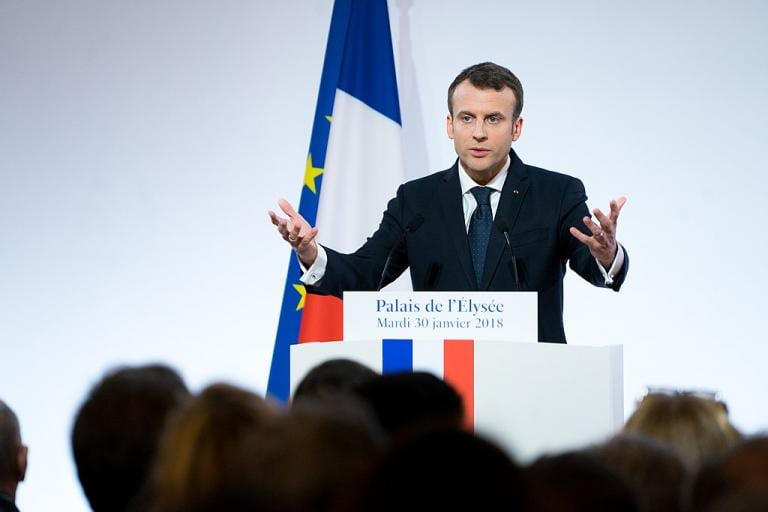 What exactly is the “crisis” in the United States and in Western civilization more generally that we keep hearing about?

Brian Stewart offers an interesting answer in his Quillette article Secular Modernity under Theocratic Assault. He is not writing about the Leftist fear that America is being taken over by conservative Christians, that laughable bogeyman, since conservative Christians are being marginalized more than ever.  Quillette is an international publication, and he is writing about the far more immediate danger of radical Islam in Europe.

Specifically, he is discussing the spate of beheadings and terrorist attacks in France, after the satirical magazine Charlie Hebdo–where 12 people were killed in a terrorist attack in 2015— published some more cartoons depicting and ridiculing the Prophet Muhammed.  Islam forbids any depiction whatsoever of its religious figures, so any drawing of the prophet would be offensive, and these caricatures are also degrading.  They constitute blasphemy in Islam.  And Islam believes that blasphemy should be punished by death.  In Muslim nations under Sharia law, the state would enforce that punishment, but in secular Europe, Muslim immigrants are taking on this task themselves.

Stewart praises the response of French President Macron for defending the free speech rights of the cartoonists.

Pointing to France’s tradition of secularism, known as laïcité, Macron has insisted that it “is the glue of a united France,” which must be defended against Islamism’s “conscious, theorized, politico-religious project” to subvert the freedom of the republic. To this end, he seeks to halt the import of foreign imams to French mosques, and require associations that solicit public funds to sign a charter on secularism. . . .

President Macron has urged the forging of an “Enlightenment Islam” compatible with French republican values. For that modern, civilized Islam to have a chance at surviving and thriving, it must be treated as what it is, nothing more or less: a faith entitled to all the protections afforded by secular democracy but not exempted from criticism and ridicule, and by no means permitted to impose religious conformity and erect religious law in civil society.

But many Leftists are criticizing Macron and Charlie Hebdo.  Stewart complains that Westerners are unable and unwilling to defend their secularist values against the contrary values of Islam.
I want to come back to the issue at hand, but I was interested in Stewart’s diagnosis of the crisis in both the West and in Islam and how he brings the United States into the conversation (my bolds):

All of this amounts to a twin crisis, in the West and in Islam. The crisis in the West is bound up with the oft-mentioned loss of faith in the institutions of democracy, and a resulting absence of allegiance to republican virtues and national duties. This condition is particularly advanced in Europe, but it is increasingly manifest in the United States where the political Left has broadly turned skeptical if not hostile toward American patriotism and the political Right has lost touch with the liberal character of American patriotism.

I think he is right that both sides have lost faith in the institutions of democracy (notice how many proposals there are to amend or sidestep the Constitution) and are losing the republican virtues (such as accepting the results of elections, denied by the Democrats in 2016 and now the Republicans in 2020; political opponents cooperating in a spirit of national unity).  Sometimes, though, there are good reasons to question those institutions, when they are not functioning as they should.  And the republican virtues do not include blind obedience to questionable authorities.  Quite the contrary.

I agree that the Left has largely given up on American patriotism, unlike the past and unlike leftist movements in other countries, which have made their appeals on patriotic grounds.  The American left today insists that their country is irredeemably racist and oppressive.

I would say that both sides have been giving up on the “liberal character of American patriotism”; that is, the ideals of liberty, rights, and democracy.  Some conservatives, as I have discussed, have been questioning these ideals.  But this is happening much more on the Left, in tangible ways, with the repudiation of free speech on university campuses, the cancel culture, tolerance of political violence, and overt assaults on religious liberty.

There is nothing liberal about the president of France presuming to insist that Muslims change their religion into an “Enlightenment Islam.”  Charlie Hebdo is being “liberal” in practicing free speech, but a “liberal” society is tolerant when it comes to religion.  A liberal government will protect religious freedom and a liberal society will leave religion alone, rather than intentionally assaulting it.  That would be a matter of “republican virtue.”

The United States, interestingly, has been immune, at least so far, from these cartoon controversies.  Not because of anti-blasphemy laws but because, I think, of social pressure.  It’s like racism.  I suppose people have the liberty to draw racist cartoons, but the social stigma is so great against racism–to the level of a taboo–that magazines are unlikely to publish them.  That is a matter of “republican virtue.”

I’ve seen some of the Charlie Hebdo drawings and they seem more racist than anything.  And for a magazine to print them, knowing that people will be killed because of them, does not seem particularly liberal either.  “Republican virtue” works for the common good.

As for the crisis in Islam, Stewart says this, after a discussion blaming America’s abdication of its “duties,” referring to Trump’s foreign policy, but evidently forgetting America’s wars in Iraq and Afghanistan and against terrorism:

American abdication and weakness aggravates the crisis of Islam, which Bernard Lewis summarized two decades ago as the tension between modernity and an ancient faith that never made way for the separation of mosque and state. The dichotomy of regnum and sacerdotium, so crucial in the history of Western Christendom, was not present in the early years of Islam. During Muhammad’s lifetime, the Muslims became at once a political and a religious community, with the prophet as head of state. And that conception of Islam’s dominion across many realms of life has held remarkably consistent for more than a millennium.

I would just note Luther’s influence in distinguishing between the temporal and the eternal kingdoms, at a time when the medieval church under the pope was trying to integrate them (which some conservatives today are wanting to bring back).  But that never meant the authority of the temporal realm over the spiritual realm, much less the temporal realm’s hostile assault against religion, or obliterating the sacerdotium so that there is only regnum.   The liberal state might allow that legally, as an expression of individual rights, but a pervasive climate of hostility to religion would inhibit the religious liberty that is the hallmark of a truly liberal society.

Also, if Islam is incompatible with liberal and secular values, as Macron says, why has France and other countries admitted to many Muslim immigrants?  And since it has chosen to accept them, these countries must become liberal enough to be tolerant of not only their religious beliefs but of their moral beliefs–such as their conservative sexual ethics–and to give them a place in the culture.

What we have is not so much a crisis of Western Civilization but a crisis of secularism, in which secular inclusiveness, relativism, and permissiveness undermines secularism.

A less purely secular society, one that includes both “regnum and sacerdotium,” would be in a better position to resolve these conflicts and would be far more liberal.

November 24, 2020
Why Republicans Are Likely to Win in Georgia and Keep the Senate
Next Post