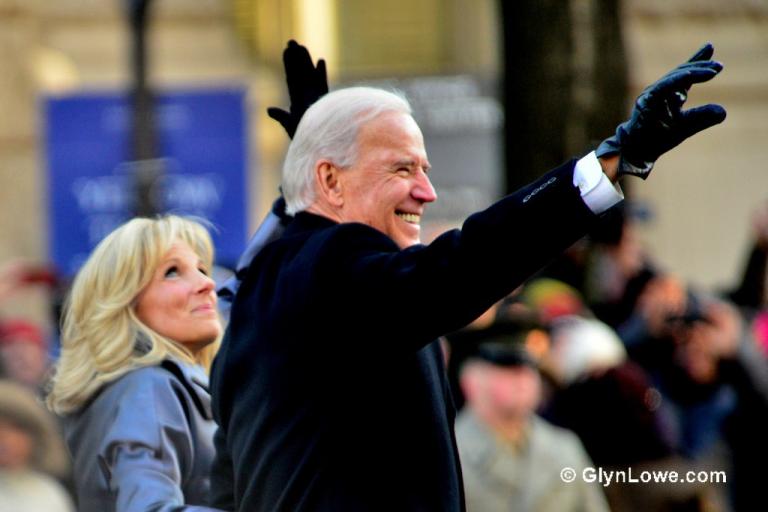 Today is Inauguration Day.  Swearing in a new president has often been seen as a rite of national renewal, the beginning of a new phase of American history.

Not only is Joe Biden being installed into the presidency, but Donald Trump’s presidency is ending.  For many Americans, this will come as a great relief.  I expect to hear lots of metaphors in the media about how the long national nightmare is over.  But for many other Americans, the shutting down of Trump’s presidency is cause for mourning, and their nightmare is just beginning.  Still other Americans are somewhere in between, thinking that it’s time for Trump to go, while also dreading what a Biden administration might do.

Certainly, this Inauguration more than most signals a clear break from the past.  In the previous Inauguration Days of this century, incumbents were re-elected and new presidents succeeded incumbents after their second term.  This time the incumbent was turned out of office.  Before, even when new parties took over, there was not so much political distance between the alternating presidents as there is today.  This time, liberalism is completely triumphant over the whole government, while conservatism is in shambles.

So this is a happy day for some Americans, for others. . .not so much.  Let me address the latter, particularly my fellow conservative Christians.

My father used to say that while you might not agree with the man who is president, you should still respect the office that he holds.  That is how the “Greatest Generation” that fought in World War II used to think, back when Americans for all of their differences were unified in a common patriotism.

I now understand that distinction between the person and the office much better than I did back then, thanks to my study of the doctrine of vocation.

It’s always the office that God uses and that should command our honor, not the imperfect person whom God has called into that office.  This is true, according to Luther, even of the office of parenthood.  He says in his discussion of the 4th commandment in the Large Catechism:

We must, therefore, impress it upon the young that they should regard their parents as in God’s stead, and remember that however lowly, poor, frail, and queer they may be, nevertheless they are father and mother given them by God. They are not to be deprived of their honor because of their conduct or their failings. Therefore we are not to regard their persons, how they may be, but the will of God who has thus created and ordained. (LC, 4th Commandment, para. 108)

The offices of earthly government, Luther goes on to say, grow out of the vocation of parenthood.  “ In this commandment belongs a further statement regarding all kinds of obedience to persons in authority who have to command and to govern. For all authority flows and is propagated from the authority of parents” (LC, 4th Commandment, para. 141).

So the 4th Commandment provisions apply to President Biden by virtue not of his person but of the office that he holds.  That office also specifically entitles him to the “honor” mandated in 1 Peter 2:13-17:

13 Be subject for the Lord’s sake to every human institution,[b] whether it be to the emperor[c] as supreme, 14 or to governors as sent by him to punish those who do evil and to praise those who do good. 15 For this is the will of God, that by doing good you should put to silence the ignorance of foolish people. 16 Live as people who are free, not using your freedom as a cover-up for evil, but living as servants[d] of God. 17 Honor everyone. Love the brotherhood. Fear God. Honor the emperor.

Furthermore, President Biden will, by virtue of his office, be entitled to our prayers:  “First of all, then, I urge that supplications, prayers, intercessions, and thanksgivings be made for all people, for kings and all who are in high positions” (1 Timothy 2:1-2).

The bottom line is, we Christians should honor and pray for President Biden, even if we disagree with him, for the sake of his office.

These Scriptures hit me hard as Law, making me realize that I have sinned against them many times over many administrations.

But, through Christ’s grace and forgiveness, I am resolving to try to do better in regards to this new president.  I know we keep hearing about what people think he is going to do, but the truth is, he hasn’t done anything yet as president.  So we should give him a chance.  I’ll support him when he does something that I think is good, though I’ll also criticize him when he does something I think is bad.  But I’ll try not to ridicule him, make him a target of invective, or slander him.

Biden says he wants to unify the country.  Good.  I hope he does.  I’ll co-operate with that if I can.  He’ll have to overcome both the hostility from the right and the pressure from the left to punish all of us evildoers.  If he can pull that off, I’ll have a lot of respect for him.  If not, I’ll pity him.

His greatest fault is his advocacy of abortion, and my greatest fear about his administration is that it will normalize, promote, and fund this horrible evil.  And yet, he used to be pro-life.  He is a vocal, church-going Catholic, a religious tradition that, for all of its faults, is resolutely pro-life.  In his continual attendance at services and as he experiences the stress and trials of his office and turns to his church for strength, he could be won back to the ethics of Catholicism.  We should pray for that.

So I’ll listen to his Inauguration speech, allow myself the thrill of patriotism from the historical moment, wish the best for him, and pray that he will be good for our poor, troubled nation.

January 21, 2021 The Prospects for Unity
Recent Comments
0 | Leave a Comment
Browse Our Archives
get the latest from
Cranach
Sign up for our newsletter
POPULAR AT PATHEOS Evangelical
1