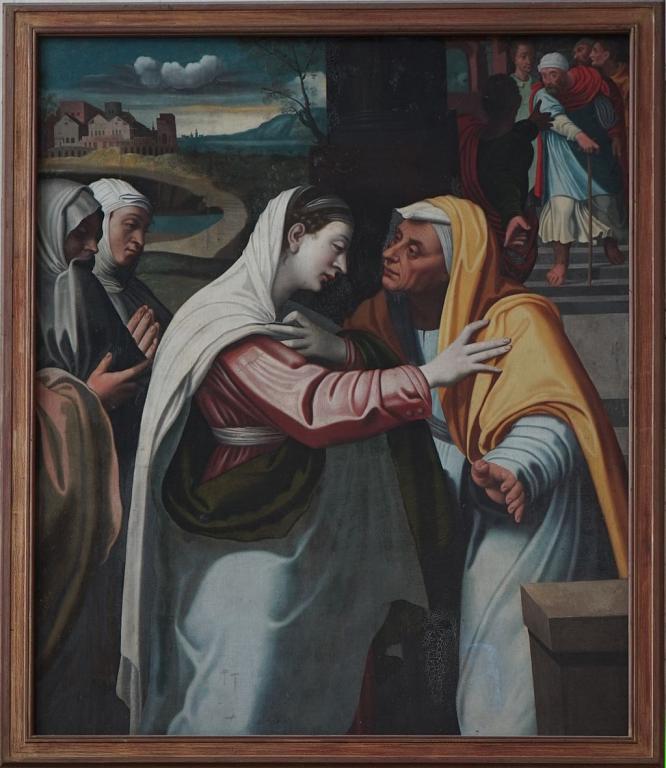 Roman Catholics call the mother of Jesus “the Blessed Virgin Mary,” and rightly so.

When she came to visit her relative Elizabeth, who was miraculously pregnant with John the Baptist, the old woman “was filled with the Holy Spirit” (Luke 1:41) and she prophesied.  “Blessed are you among women, and blessed is the fruit of your womb!” she told Mary.  “And problessed is she who believed that there would be a fulfillment of what was spoken to her from the Lord.” (Luke 1:42, 45).

In response, Mary exulted in the inspired song we call the Magnificat, “For behold, from now on all generations will call me blessed;  for he who is mighty has done great things for me, and holy is his name” (Luke 1:48-49).

But in what sense was Mary blessed?  She lived a hard life.  Another prophecy she would soon receive was that “a sword will pierce through your own soul” (Luke 2:35).   She had to flee to Egypt to protect her baby Son from the king’s murderers (Matthew 2:13-18).  She watched her Son being crucified (John 19:25-27).  To be sure, she also saw Him risen from the dead, and she was in the upper room with the disciples on Pentecost when the Holy Spirit descended on them all (Acts 1:14).

But this was not the kind of blessing promised by the Prosperity Gospel, the wealth and health and success that many people think of in connection to being blessed.

As the Swedish Lutheran bishop and novelist Bo Giertz points out, Mary was blessed “as in the beatitudes.”

According to Jesus, the blessed are the poor in spirit, mourners, the meek, those who hunger and thirst for righteousness, the merciful, the pure in heart, the peacemaker, the persecuted, the reviled.  And the blessings are the kingdom of heaven, comfort, inheriting the earth, satisfaction, mercy, seeing God, being called sons of God, the kingdom of heaven, a great reward in heaven (Matthew 5:3-11).

In his sermon for the 4th Sunday in Advent, collected in A Year of Grace, Vol. I, reflects on these scriptures.  Mary’s blessedness–and ours–he says, grows out of her faith.  As Elizabeth said, “blessed is she who believed.”  What did she believe?  God’s Word.  As she said to God’s messenger, the angel Gabriel, at the Annunciation, “let it be to me according to your word.”  Comments Bishop Giertz,

Belief–it was that which was greatest about Mary.  And she can teach us what faith is all about.  What was it she believed?  That which the Lord had said to her.  Belief holds on no matter how impossible and inconceivable for man.  The Lord had said it, and Mary believed it.  And then she was blessed.

But this was not just an intellectual reflection.

There we see hat it is to believe.  It is not as we like to say, “I believe, I think, that it is so here.”  It is not what we think but what has happened, what God has done.  And I have understood, that it was for my sake.

Do as Mary did–believe Him!–so you too will be blessed and your path will be blessed, that which was meant for you when God allowed you to be born.  That which was the most important for Him was that He would receive you as His child.  For this reason, He did this and let Mary birth this child upon which all things depend.  Do not forget it.  Amen.