The Return of Liberal Christianity? 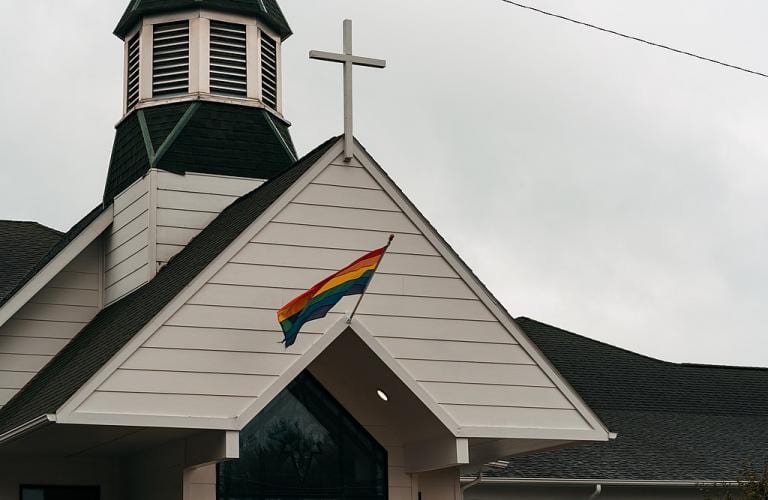 “…We ask in the name of the monotheistic god, Brahma, and god known by many names by many different faiths. Amen and a-woman.”

Thus, Congressman Emanuel Cleaver (D-Missouri), an ordained United Methodist minister, closed his prayer inaugurating the 117th Congress.  Most subsequent attention went to his apparent assumption that “Amen” is a gendered term that needs the addition of a non-sexist counterpart, though it is actually the Hebrew word for “so be it.” But Rev. Cleaver was apparently just making a little joke.

Generally overlooked, though, is the far more important fact that this ostensibly Christian prayer is actually polytheistic.  Instead of praying in “Jesus’ name,” as Christians are instructed to do, (John 14:13-14), he prays in the name of the Hindu deity Brahma and the gods of many different religions.  He includes “the monotheistic god,” as if the same deity is worshipped by all monotheistic religions, so that the Muslim’s Allah is the same as the Christian’s Father, Son, and Holy Spirit.

But Americans may need to get used to this kind of syncretism, which is not at all unusual among United Methodists, other mainline Protestants, and liberal Catholics.  Because now that progressives are in political power and evangelicalism is discredited for its alliance with Donald Trump, liberal Christianity might be coming back into vogue.

So say some observers.  After all, our new president, Joe Biden, a faithful churchgoer, can’t stop talking about his Catholicism, even as he advocates positions that are radically pro-abortion.  Our new Vice-President Kamala Harris is a poster child for the new interfaith ecumenism with her connections to Hinduism, Judaism, and Baptist Christianity.  The man whose election turned the Senate over to the Democrats, Raphael Warnock, is a liberal Baptist minister.  The Democratic primary featured quite a bit of progressive Christianity, particularly from the gay Episcopalian Pete Buttigieg.

Indeed, the most woke places in America, apart from university campuses, are mainline Protestant or liberal Catholic churches.  The Evangelical Lutheran Church in America, the Presbyterian Church (USA), the Episcopal Church (USA), the United Church of Christ, the Christian/Disciples of Christ (the one I grew up in), among others, are all strong, official advocates of same-sex marriage, homosexuality, feminism, transgenderism, and abortion.  They support critical race theory, post-Marxism, and intersectionality, and traditional morality–while still to be found–has been supplanted by political rectitude and leftwing activism.  In these churches, you don’t have to accept what the Bible says–except the parts you like–and, as for traditional Christian doctrines such as the resurrection of Christ or even the existence of God, you can take them, leave them, or interpret them symbolically.

To be sure, many congregations and many individuals in these traditions are more orthodox and try to hold on to the Christian heritage that these churches started with.  But the denominational hierarchies, their seminaries, and a majority of their pastors are pretty much as I have described.  Controversies persist in some denominations, such as the United Methodists, whose plans to split into two churches along liberal and conservative lines are on hold right now due to COVID-19.  And such liberal theology and liberal morality are anathema to official Roman Catholic teachings, but they nevertheless are commonplace in American Catholicism–yes, including support for abortion–as many Catholic converts experience to their dismay.

Mainline Protestantism–which can be defined in terms of the denominations that participate in the National Council of Churches–used to command a presence in American culture and an influence that went far beyond what evangelicals and other conservative Christians today are demonized for.  But over the last fifty years or so, membership in these churches has declined dramatically, coming close to the point of extinction.

One would expect the opposite.  Liberal Christianity, which believes that the faith should always be changing so that it conforms with the dominant spirit and beliefs of the age, would seem to have everything going for it.  A liberal Christian can have all of the good feelings and sense of meaning from Christianity, along with the community and support of a congregation, without the demanding personal morality and the difficult supernatural claims of traditional Christianity.

Now that conservative religion is thoroughly discredited, perhaps we will see a popular revival of liberal Christianity.  The infrastructure is already in place.  There is a mainline church building on street corners throughout the nation.  They have male and female ministers ready to serve the every need of those who are “spiritual but not religious,” religious but not spiritual, or are simply “Nones.”

And yet, I doubt that this will happen.  If liberal Christianity is correct–that we should follow what the world says, that all religions are equally valid, that we should be unconcerned about Heaven and instead try to build Heaven on earth–why does anyone need a church at all?  Why not just sleep in on Sunday mornings?

Conversely, those who are not content with this world or with themselves, who yearn for salvation, will find progressive Christianity to be pretty thin gruel.  They will respond better to the undiluted version.