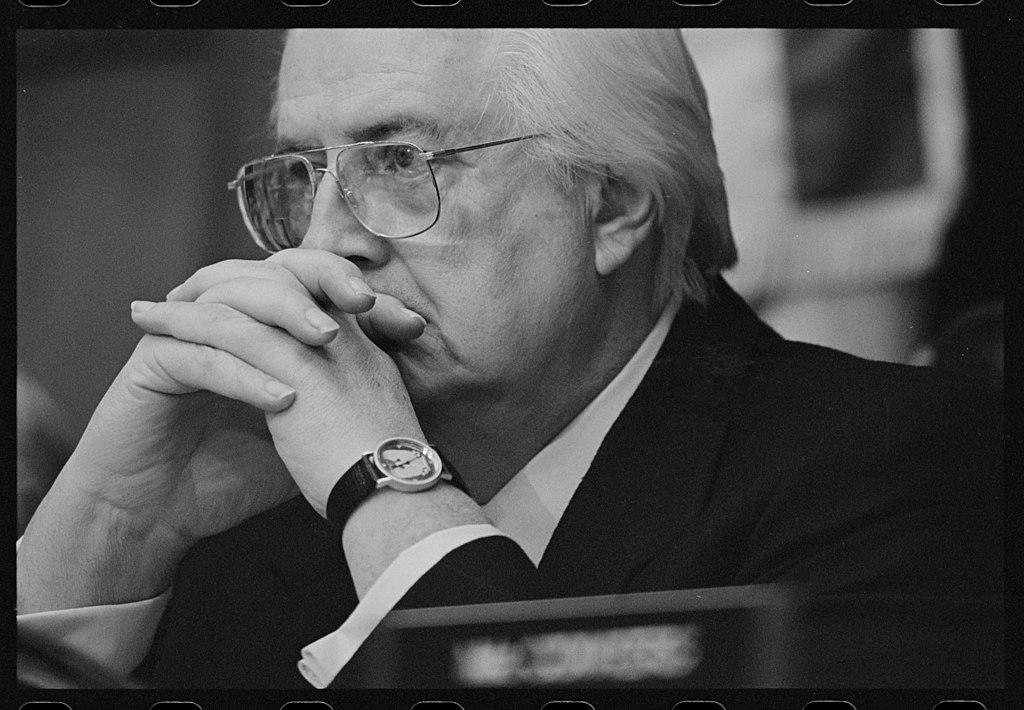 The looming pro-life issue is whether or not Democrats will push through the elimination of the Hyde Amendment, which prevents taxpayer money from funding abortions.

Representative Henry Hyde (R-IL) introduced that provision back in 1976, and it has been included in federal budgets ever since, including those submitted by President Barack Obama.  But now pro-abortion activists have made working for the elimination of the Hyde Amendment a condition for their support of candidates, and the Democrats whom they supported are now in power.

President Joe Biden supported the Hyde Amendment for all of his long career in public office, until his primary campaign, when–just days before reaffirming that he opposed forcing taxpayers to pay for abortions–he cravenly caved when the other candidates criticized him for that.   Whereupon he announced that he too would now seek to get rid of the Hyde Amendment.

Now activists and Congressional Democrats intend to hold him to that.  They are watching to see if he includes the Hyde Amendment when he issues his proposed federal budget later this Spring.

A news story on the subject, one clearly biased to the pro-abortion side, quotes one of the activists:

“During the campaign, candidate Biden pledged to end the Hyde Amendment, Vice President Harris was an original co-sponsor of (a bill to end the ban) in the Senate,” said Kelsey Ryland of All Above All, which advocates against the the ban. Including it in the budget “would both betray his promise and show a real disconnect with where the public is on this issue.”

The story also quotes a letter to Biden from 23 Democratic lawmakers:

“We urge you to begin your presidency with a clear statement that discriminatory abortion coverage bans and restrictions have no place in our public policy by eliminating all such restrictions from your FY 2022 budget,” they wrote in a recent letter, calling it a “strong message to the Congress, the country, and the world.”

Technically, it doesn’t matter what President Biden includes in his budget, since only Congress can reverse the law.  But there is every indication that congressional Democrats will try to do so.  According to the new story, written by L. A. Times reporter Jennifer Haberkorn, “House Democrats say they won’t write another spending bill with the ban in place, a significant reversal after decades of going along with the policy.”

But she also notes that three Democratic Senators– Joe Manchin (WVA), Bob Casey (PA), and Tim Kaine (VA) – voted along with Republicans to add the Hyde Amendment to the COVID relief bill.  That attempt failed to get the necessary 60 votes to pass the Senate, but those three Democrats would likely prevent the amendment from being scrapped.  At least for now.  But this is a priority for progressive Democrats, and if the filibuster is scrapped or Democrats in other ways increase their power, the prospect of taxpayer funded abortions will remain a live issue.

What is at stake here?

Advocates of removing the ban say that because the amendment applies to Medicaid, it disproportionally impacts women “of color.”  They are trying to frame the issue as a matter of “women’s health”–as if having a baby is a disease–and as “racial justice.”  As if it isn’t racist to attempt to increase the number of abortions of Black babies and Hispanic babies.

But the moral issues are enormous.  They would seem to be decisive even for those who believe that abortion is morally acceptable.

Taxpayer-funded abortion puts every citizen in the role of that abusive boyfriend.  No matter what a person believes about abortion, he or she would be forced to pay for it, simply by virtue of paying taxes.  People with sincere pro-life convictions would be compelled to pay for a procedure they find abhorrent.  Pro-life Christians would be required to violate their religious beliefs.

I suspect “pro-choicers” would have a certain amount of glee in forcing their “pro-life” opponents to violate their beliefs by paying for abortions.  It’s the same impulse that led California lawmakers to require pro-life pregnancy centers to post advertisements for abortion providers, a law promoted by our current Secretary of Health and Human Services,  Xavier Becerra, when he was the attorney general for that state, but which was later struck down by the Supreme Court.

But don’t those who find abortion morally acceptable find a problem with compelling people to violate their consciences in such a manner?  Would it be acceptable to force Vegans to eat meat?  Or to compel pacifists to take part in combat?  Normally, even non-Vegan, non-pacifist liberals would say that it would not be acceptable, that such coercion would violate their progressive beliefs.  They would consider this kind of coercion to be deeply immoral.

Taking away the Hyde Amendment also does away with the libertarian argument for abortion:  “If you don’t believe in abortion, don’t have one.”  The implication being that the decision of whether or not to get an abortion should be left with the individual woman.  But forcing all taxpayers to pay for abortion–whether they choose to or not–makes it no longer simply a matter of  an individual choice but turns it also into a collective, nation-wide, coercive affirmation.

All of the justifications that I have heard for getting rid of the Hyde Amendment focus on the end result, letting low-income people procure abortions for free.  (Though I have heard calls for the federal government to make all abortions free, as with COVID shots.)  Abortions are widely available (I’m sorry to say), with health insurance, including Obamacare, paying for most of them.  Other money is available, advocates of aborting the poor could raise funds for this purpose, or Planned Parenthood could provide them for free.  As that organization says, “No matter what your situation is, Planned Parenthood health centers do their best to help people afford abortion.”

So is there any argument for requiring taxpayers to fund abortion that takes into account the conscience and religious liberty issues that I have raised?

Arguments that simply demonize pro-lifers or Christians as having evil consciences that don’t deserve to be respected don’t count.  A law forcing racists to violate their conscience by not allowing them to discriminate is not the same as a law forcing pro-lifers to fund abortion.  The former forbids an illegal action.  In the latter case, abortion (as well as paying for an abortion) is legal and not getting an abortion (as well as not paying for an abortion) is also legal.  Discrimination is illegal.  The decision to not pay for an abortion is not illegal.  Precluding such a decision is a violation of civil liberty.  And it is certainly not “pro-choice.”)

April 14, 2021
The Resurrection, the Sacraments, & the End Times
Next Post

April 16, 2021 No, Religious Conservatives Didn't Cause Church Membership Decline
Recent Comments
0 | Leave a Comment
"And you’re so blind to the worlds/ countries/ governments that do the very same thing ..."
D.M.S. No, Religious Conservatives Didn’t Cause Church ..."
"God/Jesus is as real as the nose on your face.Yes God/Jesus killed million of unrepentant ..."
D.M.S. No, Religious Conservatives Didn’t Cause Church ..."
"Men can't bear children, no. But women who can, are often indoctrinated into thinking that ..."
Kate Panthera The Government Will Raise Your Children ..."
"In order:> 1I don't care about your personal beliefs or journey or whatever. The state ..."
BernankeIsGlutenFree The Opium of the People
Browse Our Archives
get the latest from
Cranach
Sign up for our newsletter
POPULAR AT PATHEOS Evangelical
1