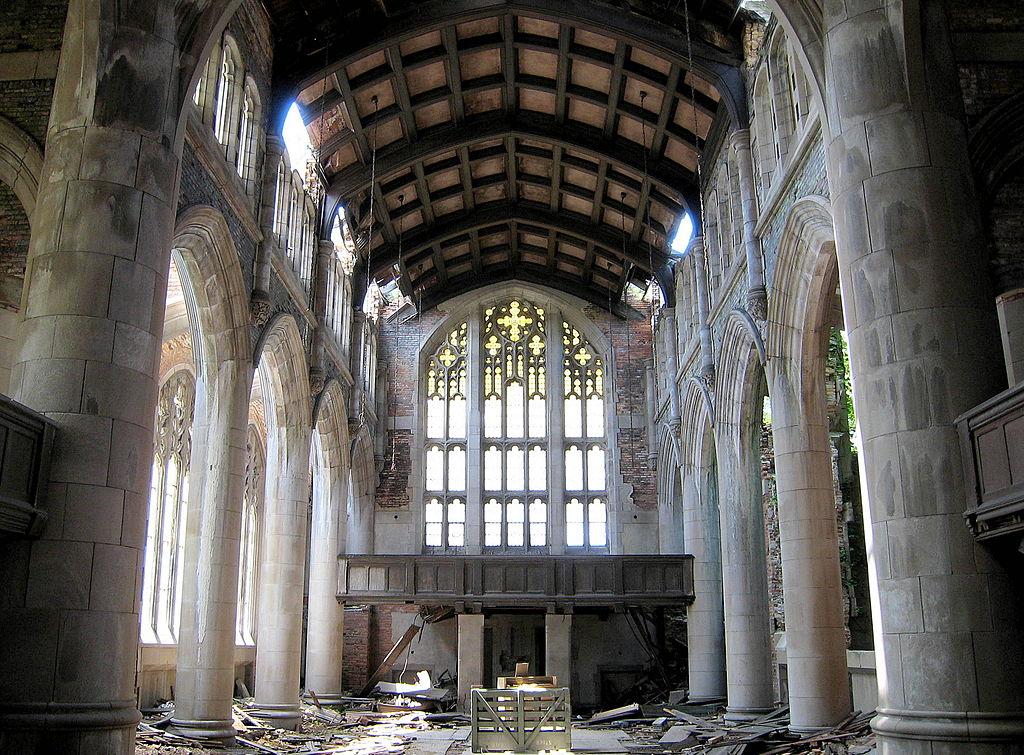 Why the decline, and what does it mean?

One answer being given is that the Christian right has given Christianity a bad name, that the alliance between so many evangelicals and Donald Trump has discredited religion, leading many former members to leave their churches and to give up on organized religion.

Those who don’t want that to happen are urging churches to get out of politics and to adopt more progressive stances when it comes to sexual morality and other culture war issues.

But, as Mark Tooley points out in his article Religious Right Causes Church Decline?, that diagnosis is not supported by the facts.

He points out that if political conservatism and retrograde moral and cultural positions are to blame for religious decline, one would expect the liberal mainline churches to be doing better.  “Sixty years ago one of every 7 Americans belonged to the seven largest liberal Mainline Protestant denominations,” he points out.  “Today it is fewer than 1 of every 15.”

These churches welcome LGBTQ folks.  They oppose Donald Trump and everything he stands for.  They support open borders, to the point of sometimes offering religious “sanctuary” for illegal immigrants.  They have female ministers and are in favor of the feminist cause.  They have no problem with abortion.  They are not strict when it comes to theology or ethics, pretty much letting members believe whatever they want.

So, if conservatism is the problem, why have liberal churches declined so precipitously?  The fact is, as researcher Ed Stetzer has shown, the rise of the “Nones” can be accounted for almost completely by defections from “nominal believers”–as opposed to “convictional Christians”–and he cites particularly the declines in mainline liberal Protestantism, with which many nominal believers used to be affiliated.

What about evangelical support for Trump?  Hasn’t that “damaged the brand”?

If you recall, the presidential election turned out to be extremely close, with Trump winning more votes than he did in 2016.  Trump is a pariah in certain powerful social circles, but not among a significant share of the American population.

Furthermore, as we have blogged about, the biggest unchurched demographic is among the white working class.  Which is also the demographic that is most supportive of Trump.

Tooley cites research that suggests that the association between evangelicalism and Trump has actually helped evangelical churches in that demographic.

I’m not saying that the widespread perception that evangelicalism is just a political label isn’t a problem for conservative churches.  It can get in the way of evangelism.  And churches understandably want to evangelize the cultural elite.  There is also the theological problem of drifting away from the gospel of salvation through Christ to a “social gospel,” either of the Left (as many mainline liberal churches advocate) or of the Right (as many ostensibly conservative churches advocate).

Stetzer’s research shows that “convictional” Christians–that is, those who really believe in Christian teachings–are holding steady statistically.  Some conservative churches are still growing, though others are indeed slipping in their membership.  But there are many factors involved.

We’ll be discussing those in future posts.

For now, though, we need to realize that the decline in church membership is not something that we can blame on Donald Trump or his supporters.

April 19, 2021 Churches without Members, Christians without Churches
Recent Comments
0 | Leave a Comment
"Certainly government could be more efficient and more compassionate, but in the last few months ..."
cary_w Vocation and America’s Unwritten Constitution
"https://chriseral.gq"
Amanjatt Animals’ Sexual Rights
"As someone who's been commenting here way longer than you, trust me, there is no ..."
tODD Animals’ Sexual Rights
"When you say the role of government is to protect people from personal and material ..."
cary_w Vocation and America’s Unwritten Constitution
Browse Our Archives
get the latest from
Cranach
Sign up for our newsletter
POPULAR AT PATHEOS Evangelical
1