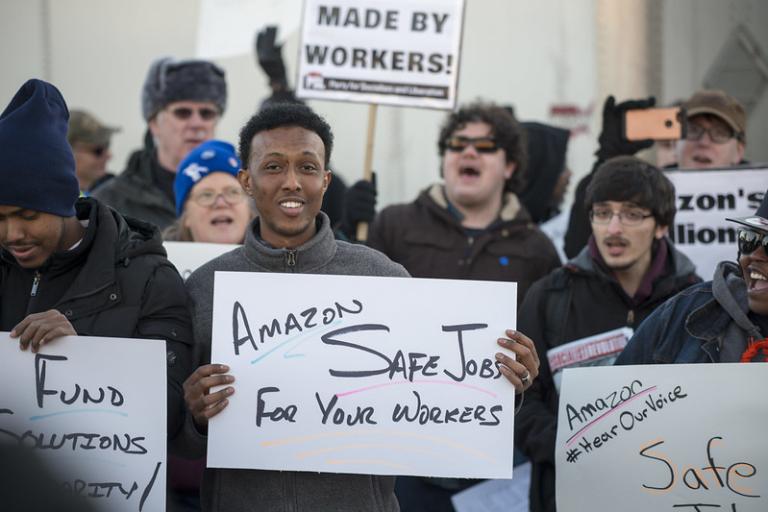 One of the big mysteries of the contemporary political and cultural scene is why big business–which used to be a Republican and conservative enclave–is now largely in the pocket of Democrats and progressives, even as the latter plan to tax and regulate them to death.

More specifically, why the big corporations are socially progressive, proud supporters and donors for the cause of abortion, feminism, LGBTQ rights, critical race theory, etc.   Companies threaten to pull their operations out of states that pass socially conservative laws.  And they fire or subject to indoctrination camps employees who are dissidents.

Usually, businesses have economic motives for what they do.  Cameron Hilditch, in an article I blogged about, opened my eyes when he quoted J. D. Vance, author of the outstanding book Hillbilly Elegy.  This is from the keynote address he gave to the Claremont Institute’s conference on “What to Do About Woke Capital?”

But what that means for those of us who want to protect the dignity of the unborn is that we should be for abortion restrictions, even if they are bad for business. We should support the dignity of human life, even if it means the corporate class doesn’t like it. That is a simple and unavoidable fact of the era that we find ourselves in.

Of course!  Big corporations have an interest in getting workers.  Women who stay at home with their children can’t work in their factories.   Abortion-on-demand, feminism, and anti-family policies keep women in the labor market, where they can be exploited accordingly.  Demands for labor also explain why the big corporations are so pro-immigrant, to the point of wanting open borders.  More workers to underpay!

Vance goes on in this vein in the rest of his speech, which is printed here, going so far as to  accuse “woke” companies of profiting from the destruction that took place in the Black Lives Matter riots.

I’m not so sure that economic reasons alone are motivating this new capitalist progressivism.  To be sure there are also larger kinds of economic issues:  Today’s consumer capitalism depends on inflaming people’s desires and in encouraging self-indulgence.  The advertising mentality thus promotes and profits from our moral hedonism.  But not everything is economic.

Corporations are led by human beings, who crave social approval from their peers.  Transgenderism has overwhelming approval in the business world, not because they have that many transgendered employees and customers but because this is a cause that signals membership in elite society.  Support for LGBTQ issues and Critical Race Theory is a class marker.  This is not simply virtue signaling or fear of boycotts.  These views are honestly held, for the most part, but they also separate the “right” people from the “wrong” people.

The “wrong” people are, of course, social conservatives, many of whom are members of the working class, the folks who toil in their factories and warehouses.  White collar corporate types still look down on them.  But now they can do so while still feeling progressive.

Under classical Marxism, the capitalist class oppresses the working class.  But under post-Marxism, which substitutes other kinds of group conflict for class conflict, the affluent owners and managers can feel leftwing, while still oppressing their workers with impunity, since they are, after all, Trump-supporting racists and homophobes.

This helps explain why huge corporations such as Amazon can be exquisitely “woke” while subjecting their warehouse workers and delivery drivers to inhuman working conditions and preventing them from forming unions.  And how a mega-corporation like Apple can support all the socially-progressive causes, while having their products made in Communist China, sometimes by the slave labor of Uighurs and other dissident prisoners (to the point that Apple lobbies against proposed laws that would prevent American companies from using forced labor).

But none of that matters.  The corporations are “woke” when it comes to identity politics, they shell out money to support progressive causes, and today’s progressives don’t care that much about workers any more. 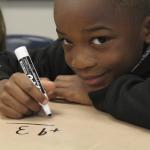 June 28, 2021 "White Supremacy" Characteristics (according to a Math book)
Recent Comments
0 | Leave a Comment
Browse Our Archives
get the latest updates from
Cranach
and the Patheos
Evangelical
Channel
POPULAR AT PATHEOS Evangelical
1