The War Against Satire

When we lived in Wisconsin, I would often pick up a free newspaper from Madison called The Onion, a satirical publication whose deadpan headlines were often funnier than the stories, funny as those also were.  Back then, The Onion was pretty much an equal opportunity offender, but now that it’s gone national online, it seems to favor the Left, as well as not being as funny as it used to be.

But in 2016, a Christian version of The Onion came into existence online:  The Babylon Bee.  Its satire was mostly aimed at Christian targets:  the prosperity gospel, celebrity preachers, evangelical fashions, etc.  But, though that focus continues, the Bee also started stinging worldly targets and has become a prime supplier of conservative political and social satire. Here are some of the headlines from today’s edition of The Babylon Bee, with links to the full piece:

‘You Just Don’t Understand Socialism Like I Do,’ Says College Freshman To Man Who Escaped Socialism On A Raft
Democrat Governors Afraid Cuban Desire For Freedom Could Spread To The U.S.
Bernie Sanders Heads To Cuba To Tell Protesters To Be More Grateful For Their Excellent Social Programs
‘Vaccines Should Be Mandatory,’ Says Woman Wearing My Body, My Choice T-Shirt

Now some people just do not understand irony.  They think Bernie Sanders really did go to Cuba.  And progressives in general don’t like to be made fun of.  So an effort is under way to cancel the Bee by claiming that it is printing “fake news.”

To take one example, the Bee put up a piece saying that CNN is using an industrial-sized washing machine to “spin” the news.  So the fact-checking site Snopes brought up the story, researched it, and–since there is no evidence that CNN used a washing machine for this purpose–declared it “false”!

Because of many such reports from other literal-minded fact checkers and people who can’t take a joke, the Bee has been branded as a “right wing disinformation site.”

As a result, it is being kicked off of Facebook and other social media. That hurts, since advertisers pay websites (including Patheos) according to the number of page views, and people forwarding favorite links to their friends on social media is the major way that the word gets out.  So the goal is to put The Babylonian Bee out of business.

Seth Dillon, who leads the Bee, has been battling these false charges and willful misunderstandings, with some success.  When the New York Times described the site as “a right-leaning site” that “sometimes trafficked in misinformation under the guise of satire,” he filed a lawsuit for defamation, whereupon the Times deleted the slur.  Snopes now offers a new kind of verdict: “labeled satire.”  Facebook has backed down from some of its censorship.

But some progressives who do recognize that the Bee is publishing satire are pushing for a new criterion.  Satire, they say, is supposed to “punch up,” attacking those in power.  But it should not be allowed to “punch down,” making fun of the oppressed. So Facebook is saying that it will moderate satire that “punches down,” possibly classifying it as “hate speech.” To that, Dillon says,

“Conservatives have been on the ropes in the culture war for a long time. We’re in a defensive posture, fighting back against the top-down tyranny of the left’s progressive agenda that destroys everything it touches. That agenda is fueled and furthered by all the nation’s most powerful people, corporations, and institutions. If that’s not punching up, I don’t know what is,” Dillon wrote. . . Having failed in their effort to lump us in with fake news, the media and Big Tech are looking for new ways to work together to deplatform us. They now hope to discredit us by saying we’re spreading hatred—rather than misinformation—under the guise of satire,” Dillon wrote. “But we’re not punching down.’ We’re punching back.” Dillon feels “the left’s new prohibition of ‘punching down’ is speech suppression in disguise” and blasted anyone who plays along. “It’s people in positions of power protecting their interests by telling you what you can and cannot joke about.

It has been said that satire is the most conservative of literary forms, since ridiculing evils requires objective moral standards to judge them by.  Certainly, the greatest of our satirists, the conservative clergyman Jonathan Swift, bears that out. As another conservative satirist, Thomas More, said, “The devil. . .the proud spirit, cannot endure to be mocked.”  And on this, More’s nemesis, another conservative satirist, Martin Luther agreed:  “The best way to drive out the devil, if he will not yield to texts of Scripture, is to jeer and flout him, for he cannot bear scorn.” So being a satirist is a valid Christian vocation, so I salute the writers for The Babylon Bee. 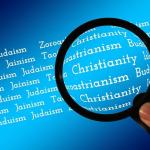 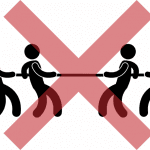 July 20, 2021 Following Paul, Apollos, Cephas, or Christ
Recent Comments
0 | Leave a Comment
Browse Our Archives
get the latest from
Cranach
Sign up for our newsletter
POPULAR AT PATHEOS Evangelical
1

N.T. Wright's Galatians-- Part Twenty-One
Q. Gal. 3.28 has been called ‘the Magna Carta of Christian freedom’...
view all Evangelical blogs
What Are Your Thoughts?leave a comment
Copyright 2008-2021, Patheos. All rights reserved.