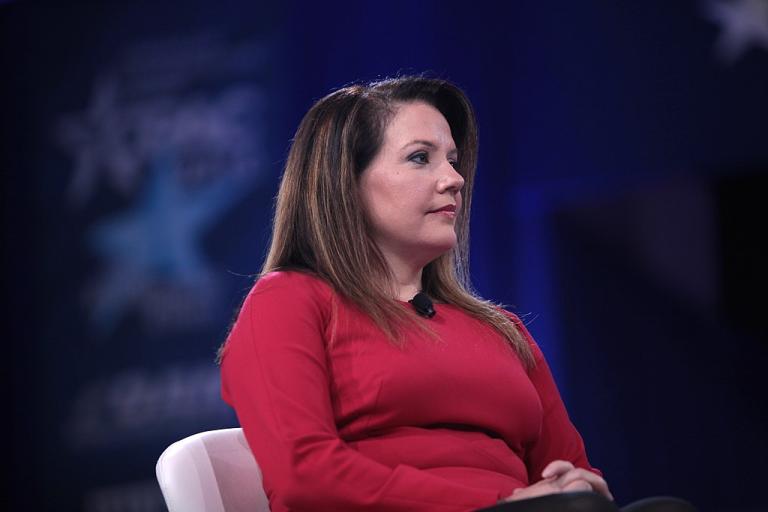 I have known Mollie Hemingway ever since she was Mollie Ziegler, fresh out of college, hanging out with my daughters.  Back then I was struck with her strong and well-informed Lutheran Christianity, as well as her exuberant personality and obvious talents.

Since then, I have followed her career as she became a force to reckon with in the world of Washington journalism.

She forced the mainstream media to cover the murder trial of abortion butcher Kermit Gosnell, exposed the left’s attempt to smear Supreme Court Justice nominee Brett Kavanaugh, and regularly brings to light cases of journalistic malpractice.  Her own investigative reporting and her lively writing as Senior Editor of The Federalist verges on the legendary.  You can see her on TV as a regular guest at Fox News and in the classroom as a faculty member of Hillsdale College.

Now she has won the Bradley Prize for her contributions to the cause of freedom in America.  This is not just an honor, this is one of those substantive prizes that comes with a significant monetary award, a sort of Pulitzer Prize for conservatism.

The conservative movement in D.C. has too often been engaged in insincere opposition to progressivism’s march through America’s institutions, both public and private. It has seemed mostly interested in negotiating terms of surrender or managing defeat than preserving the republic. It has stood athwart history impotently suggesting that progressives slow down. Michael Malice has therefore derided conservatism as just “Progressivism with a speed limit.” Institutional conservatism and its alleged leaders have too frequently accepted the propaganda press’s treatment of conservatives as second-class citizens.

For conservatism to mean anything now, it has to be about rejecting this rigged system. Don’t just say “stop.”  Our duty is to not to say “stop” but then bend the knee in cowardice when the mob comes. That brings even more harm to our more vulnerable neighbors and does nothing to prevent the destruction of the country.

It’s not comfortable for conservatives who value order and civility to even think or speak this way. But the fact is that many Americans are alienated from and no longer feel at home in their own country. The moral climate has been degraded as the left has taken over every single one of the powerful institutions in the country and is actively pushing people to lead a life of godlessness, barrenness, selfishness, gluttony, and addiction to outrage and dopamine.

All of a sudden, the conservative project is not a conservative one, so much as a counter-revolutionary one. [Keep reading. . .]