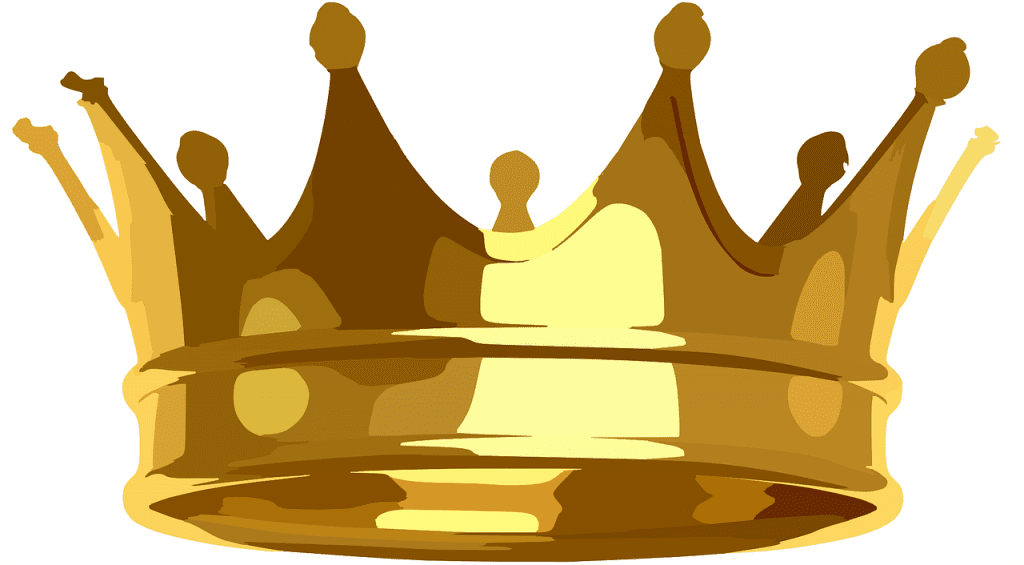 “Great Britain is a republic, with a hereditary president, while the United States is a monarchy with an elective king.”

That is to say, the UK is a monarchy, but the monarch has almost no power.  Whereas the U.S.A. is a democracy, with a president who has the power of a traditional monarch.

This shrewd observation was made in 1896 in the Knoxville Journal, which was worried about the excessive power of Grover Cleveland, who, ironically, was one of our more restrained chief executives.

It was quoted by J. D. Tuccille in Reason Magazine, in an article entitled Biden’s Vaccine Mandate Is the Latest Sign of the Presidency Becoming a Monarchy, with the deck “The presidency has always been inclined to unilateral power—and many Americans like it that way.”

Tuccille is reflecting on President Biden’s breathtaking dictate to private companies with over 200 employees that they must fire any employees who refuse to get vaccinated or submit to weekly COVID tests. If they don’t, they will be fined $14,000 per unvaccinated employee.  He might have added President Biden’s earlier dictate, since voided by the Supreme Court, that landlords may not evict tenants who are delinquent in their rent.

Defenders of those actions base their support on the worthiness of the goals.  People need to get vaccinated and shouldn’t be turned out into the streets during a COVID epidemic.  Many of these defenders don’t seem to care that there is no legal basis for a president to exert this kind of rule–complete with severe punishments–over private citizens.

In these matters, President Biden was ruling by decree, like the absolute monarchs of the 17th century.  (Interestingly, as M. Stanton Evans  points out in The Theme Is Freedom, his superb book on the roots of American liberty, the concept of an absolute ruler grew out of Renaissance humanism.  During the Middle Ages, the Kings and Emperors had a great deal of limitations on their power, thanks largely to the church.)

Tuccille agrees that President Biden’s dictates are outrageous, but he points out that other presidents of both parties also abused the practice of issuing “executive orders.”  George W. Bush did it.  Barack Obama did it even more.  Donald Trump did it, to the point of saying, “I have an Article 2, where I have the right to do whatever I want as President.”  He was referring to Article 2 of the Constitution, which establishes the Executive Branch.  (Read it.  Does that seem open-ended to you?)  At the time, he was wanting to order U.S. companies not to do business with China, but he drew back from that threat.  President Biden, though, is doing what President Trump would not do, commandeering private businesses to carry out his policies.

But, as Tuccille shows, worries about too much presidential power and charges of an “elected monarchy” go back throughout American history.  He cites a book on the subject,  The Once and Future King: The Rise of Crown Government in America (2014) by George Mason law professor F. H. Buckley.  Tuccille quotes a review of that book by another scholar, Gene Healy, himself the author of The Cult of the Presidency.

“The constitutional presidency, as the Framers conceived it, was designed to stand against the popular will as often as not, with the president wielding the veto power to restrain Congress when it transgressed its constitutional bounds,” wrote Healy in his 2008 book. “In contrast, the modern president considers himself the tribune of the people, promising transformative action and demanding the power to carry it out.”

Most disturbing in Tuccille’s article is the evidence he cites that many Americans prefer it that way.  A recent study found that 33% of Americans believe that having “a strong leader who doesn’t have to bother with Congress or elections” would be a good system of government. And nearly a quarter, 24%, like the idea of “army rule.”  That is, their support for our troops is so great that they would be fine with a military dictatorship.

I suppose that a democracy could choose to just elect a king, with the only limitation to his power being that he would have to face the voters every few years.  Maybe that could work as a system of government.  It would be able to “get things done.”

The problem is that a monarch with unlimited powers might not choose to submit to an election.  (Actually, that’s pretty much what Hitler did, gaining power through parliamentary elections and then suspending elections once he was in power.)

The genius of our Constitutional republic is its systems of checks and balances on all of the branches of government, so as to preserve individual liberty.  We tamper with those checks and balances–as in proposals to stack the Supreme Court or when members of Congress surrender their legislative authority to unelected executive bureaucracies and shamelessly defer to the president when he is of their party–at our peril.