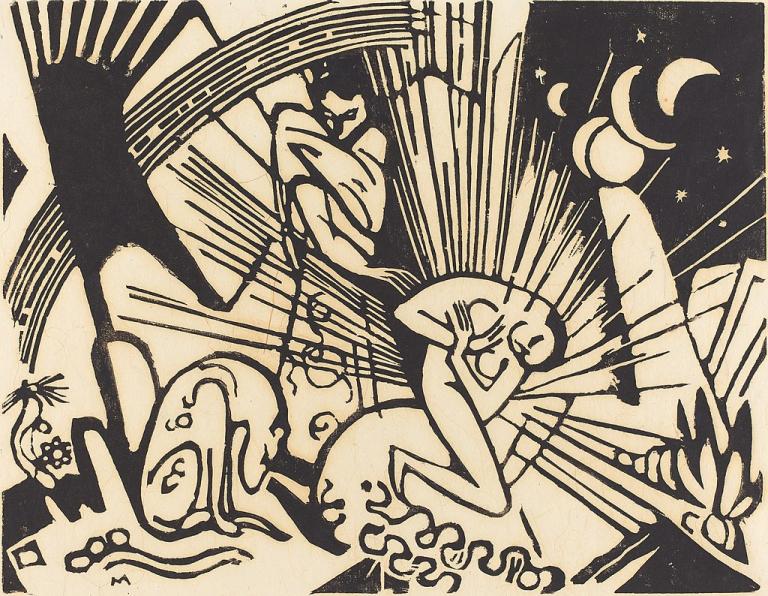 We hear a lot about forgiveness here in our individualistic culture, but reconciliation, which is emphasized in collectivist cultures including that of ancient Israel, is harder to wrap our minds around.

As Prof. Joshua Berman explains it, in his article No Apologies, Just a Kiss, it is possible to be reconciled without forgiving.  To use one of his examples, King David initiated a reconciliation with his son Absalom, despite his murder of his other son Amnon, but Absalom did not forgive his father for not punishing Amnon for raping his sister and eventually tried to seize the throne from his father.

And it is possible to forgive without being reconciled, as we see in marriages in which one spouse might ask for and receive forgiveness from the wronged spouse, but the relationship between them is never restored.

So how is reconciliation attained?

Notice how well this corresponds to the theology of grace, that God initiates our reconciliation with Him, with no obligation to do so, as a one-sided act of love.

How do we carry out Christ’s command to “be reconciled to your brother” (Matthew 5:23-24)?  It would seem that on the human level, the person who is in the higher position or who is the aggrieved party would need to take the initiative, which must be of pure grace.

In a toxic workplace where everybody is at everybody’s throat, it’s likely up to the boss to make things right.  In a family that is torn apart, the “head of the family”–traditionally, the father–should try to work reconciliation.  In a marriage that is marred by fighting and resentment, the husband, in his traditional role, should initiate reconciliation with his wife.

But if there is a specific “aggrieved party,” a person who has been hurt–perhaps even by the “head” authority–that person must initiate any reconciliation that is to take place.  And he or she is under no obligation to do so.  It must be an act of “grace.”

I have heard of a church that had a member family in which the husband was unfaithful and abusive to his wife.  But he said that he was sorry, but his wife still left him.  The church exercised church discipline not on the sinful husband but on the wife, excommunicating her for the sin of “not forgiving” her “repentant” husband!  Among many confusions here, this church was not distinguishing forgiveness and reconciliation.  The wife might extend words of forgiveness to the husband’s words of repentance, but that would not be likely to heal the marriage.  She might not want to reconcile with this person who mistreated her so terribly.  And that, it seems to me, is her right.

As Prof. Berman says of the reconciliations recorded in Scripture, one side–whether the one with the “higher” position or “the aggrieved party”–“seeks to bring harmony to the relationship – never by demanding contrition, but simply by offering a kiss – the kiss of reconciliation, a potent, non-verbal sign: we are too important to each other to allow this continue.”

Not that a kiss and tears on the part of the authority or the aggrieved will necessarily do anything, but some act of love and generosity can be a catalyst for reconciliation.

What about the national reconciliation that our polarized nation seems to need?  I’m not sure how that can be carried out, to be honest.  Who is aggrieved and who has authority are not always clear–even in marriages, much less in huge groups such as nations–and that may not even apply in disputes between factions.  And is common citizenship an actual relationship of the kind that lends itself to reconciliation?

Even if it isn’t, we can speak of national unity, which I suspect is related but has a different dynamic.  Historically, a catastrophe–an invasion, an earthquake, an economic collapse, a national tragedy–can bring citizens together.  That happened briefly with the 9/11 attacks.  But it didn’t happen with COVID, which seems to have only heightened our divisions.  But we, no doubt, have plenty of disasters ahead of us, which will likely have an impact on our mutual animosities.

Leadership too, following more the contour of Prof. Berman’s analysis, can pull people together.  Winston Churchill and Franklin Roosevelt rallied their factious citizens together in the face of the Depression and World War II.  Ronald Reagan, despite pockets of hostility, was overall a uniting figure after the trauma of the Vietnam war.

What about racial reconciliation?  Black Americans have a legitimate grievance in their enslavement and subsequent discrimination.  Many white Americans became newly sensitive to racial injustice due to last year’s cases of police brutality, as well as new awareness of the historic mistreatment of black people, as disclosed, for example, in the centennial of the Tulsa race riots.  This sensitivity was apparent both among white liberals and white conservatives, and it looked like a movement for racial reconciliation could happen.  But those moments got hijacked by political extremists, and the subsequent riots, the burning of cities, and the “defund the police” movement have only created more polarization.  Critical race theory only heightens the divisions by teaching that they are innate and inevitable.

But what would bring about racial reconciliation?  Would reparations?  That would have higher-placed whites paying money to the descendants of slaves, but that would seem to be more in the transactional realm of seeking forgiveness, in which the person who does the wrong owes and pays a debt to the person who was mistreated.  But since neither those who would pay the reparations or those who would receive them are individually and personally involved in the institution of slavery, that would not seem to accomplish much.

Black Americans are certainly the aggrieved party, though.  They could pursue reconciliation without having to forgive the crimes of slavery or the historic and sometimes continual denial of their civil rights.  They could initiate some act of grace–I think of the ethos of Martin Luther King, or the grace-filled way that many Black churches have treated their attackers–but those have had limited reach and effect.  Again, they are under no obligation to reconcile with anyone.

Then again, time does heal a lot of wounds, at least, and as mistreated minorities take their place in the mainstream and the old hierarchies that once victimized them break down, a certain reconciliation can happen.  The Irish, Italians, Poles, and Chinese used to be discriminated against in the United States, but now, though they will still complain about those days and what was done to their ancestors, they have a full share in the American identity.  Black Americans have already come a long way towards attaining this, though problems remain, and it may be that racial reconciliation is already happening and will come to fruition.

There are other problems as well as success stories.  Native Americans have much to be aggrieved about.  Hispanics have faced discrimination but many are well-integrated into the rest of American society and are increasingly asserting their religious and family values to the point of becoming political conservatives.   But mass uncontrolled immigration is working against national unity.

I don’t have all the answers and I’m not even sure of all of the answers I am putting forward.  How would you apply these principles of reconciliation?